Gayle King, a close friend of Meghan Markle, has given frequent comments to the press after the Duke and Duchess of Sussex’s tell-all interview with Oprah Winfrey aired last week. In her latest dialogue about the couple, the American presenter told millions of viewers talks between Prince Harry, Prince Charles and Prince William have been unproductive.

Speaking on the CBS This Morning show, Ms King said: “Well, I did actually call them [Meghan and Harry] to see how they were feeling, it’s true, Harry has talked to his brother and he has talked to his father, too.

“The word I was given was, those conversations were not productive.

“But they are glad they at least started a conversation.”

Palace chiefs are understood to be furious the TV anchor publicly commented on the state of the peace talks. 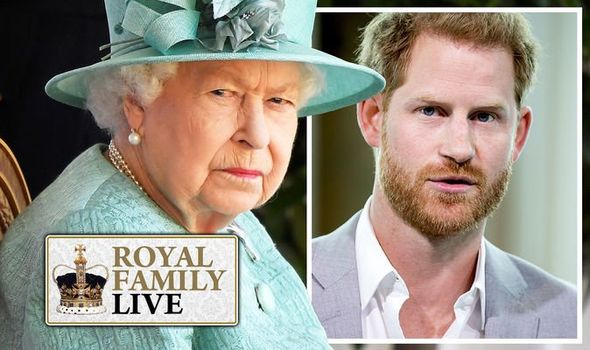 She said: “It’s a shocking breach of trust. The family will worry that anything they say to Harry will end up on American television.”

Royal author Tom Quinn said Ms King’s comments will have upset the Palace and the couple had “once again, shot themselves in the foot”.

Meghan and Harry made a number of explosive claims in their sit-down chat with Oprah, which the Queen has vowed to investigate behind closed doors.

In the Palace’s official statement following the interview, officials said the matters would be “addressed by the family privately”.