A huge photo of the Duke of Sussex, taken during his 2013 visit to America, could be seen on the wall in the background as Mr Biden chatted to the Clintons at Arlington National Cemetery. The picture shows Harry, dressed in military uniform, placing a wreath at the Tomb of the Unknown Soldier.

“Eagle-eyed fans were quick to spot a giant photo from Prince Harry’s 2013 visit hanging in the background while @JoeBiden caught up with the Clintons.” 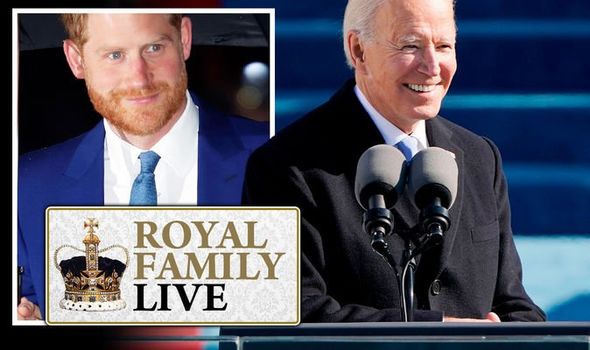 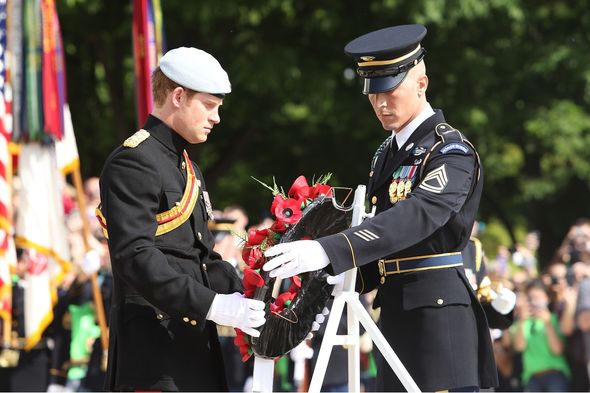 A third added: “The people’s prince.”

Mr Biden was inaugurated as the 46th president of the United States of America on Wednesday.

Harry is a friend of Mr Biden and his wife Jill, who have supported his Invictus Games.

Mr Biden previously joked that when his wife went to London for the event in 2014 “she spent too much damn time with Prince Harry”.

8.15am update: Charles snubbed as royal expert calls for William to be next King

Prince Charles has been snubbed by a royal expert, who claims “it’s a pity” the crown cannot pass from the Queen to Prince William.

Clive Irving, author of The Last Queen, told Today Extra the Prince of Wales is “entirely unsuitable” to be the next head of the Royal Family.

Citing the royal’s popularity compared to the Queen and William, he said it would be better if the crown could “jump straight” to the Duke of Cambridge.

8am update: Princess Eugenie baby name favourites at odds of 8/1

Princess Eugenie and Jack Brooksbank may stick to a traditional name for their first child.

The couple are expecting the latest addition to the royal family in the coming weeks, with sources claiming mid-February is the due date.

Betfair has come up with odds for the name of the Queen’s ninth great grandchild.

Odds of 8/1 are given for the names Alice and Arthur, while names such as Augusta, Thomas and Alexandra are at 14/1.