Buckingham Palace confirmed Eugenie had given birth to a boy, weighing 8lbs 1oz, at London’s Portland Hospital on Tuesday. They said Jack Brooksbank, Eugenie’s husband, had been by her side for the birth. 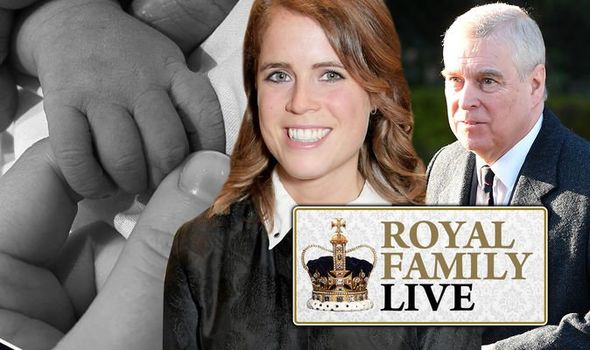 To celebrate the occasion, Eugenie shared a black and white photograph of her baby’s hands being held by an adult on her Instagram.

Ingrid Seward, Majesty magazine editor-in-chief, suggested they may have opted against a family photo so as to avoid embarrassing Prince Andrew, now a grandfather.

Ms Seward told the Daily Telegraph: “Maybe it’s just easier that they do it this way.

“She doesn’t want to embarrass her father.”

However, the royal expert went on to note it’s not usual for the grandparents of royal babies to be included in publicly released photographs at this stage.

She said: “But, traditionally, there are rarely photographs of royal newborns with the grandparents.

“That comes when the official christening photographs are taken.

“Family never really get involved at this stage.

“Although there was a photograph of Archie with Meghan’s mother Doria, the Queen and Prince Philip, that was quite a rare thing.” 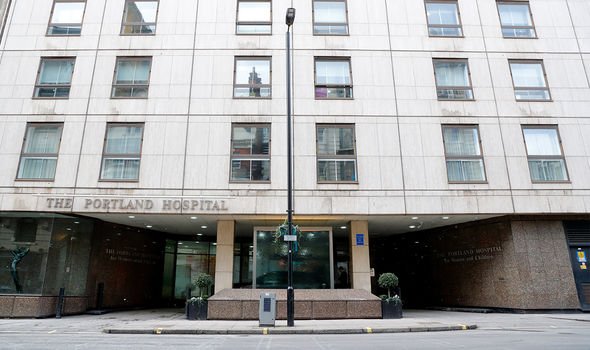 A black and white photo of the baby’s arms, being held by an adult, was posted on Eugenie’s official Instagram account.

However Mr Dampier commented: “Eugenie did have quite a lavish wedding, therefor the public are probably entitled to see proper pictures of her baby rather than an Instagram image of his fingers.

“It’s a difficult balance to strike when you have a royal couple seeking publicity on one hand, but privacy on the other.”