Meghan Markle’s legal battle against the Mail on Sunday returned to the High Court in London yesterday, as the judge heard the outstanding parts of the Duchess of Sussex’s copyright claim. The remote hearing saw the Queen’s lawyers intervene as they denied the Crown had copyright claims to Meghan’s letter to her father, Thomas Markle.

Associated Newspapers (ANL), the publishers of the Mail on Sunday, had contested the copyright’s ownership because her former communications secretary at Kensington Palace, Jason Knauf, had seen an electronic draft of the letter.

The publisher argued this led to the belief Mr Knauf was a co-author of the letter, adding it meant the letter belonged to the Crown.

But in court yesterday the Duchess’s former communications secretary “emphatically” denied having any copyright claim to the letter.

Representing Meghan, Ian Mill QC told Lord Justice Warby that Mr Knauf’s lawyers confirmed he did not write the letter to Mr Markle and “it has never been his belief that he was an author”.

His lawyers said, as reported to the court: “Mr Knauf did not draft, and has never claimed to have drafted, any parts of the electronic draft or the letter and would never have asserted copyright over any of their content. 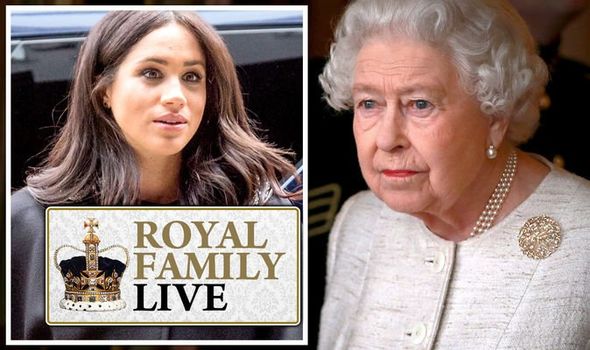 “In our client’s view, it was the Duchess’s letter alone.

This revelation landed the final blow to the newspaper’s case and paved the way for the judge to award a summary judgement on the outstanding copyright claim and with it, further costs.

Earlier this year Meghan successfully sued ANL for breach of privacy and copyright relating to the publication of five articles that featured extracts of the letter in February 2019.

The Queen’s intervention in the case comes after months of strained relations between the Duke and Duchess of Sussex and the rest of the Royal Family.