PRINCE HARRY has been given a “unneccessary snub” by the Firm, as the mourning Prince has been told he is unable to wear his military uniform at his grandmother’s funeral. Although Harry had his military titles removed by the Queen after stepping down from senior royal duties in 2020, since he used to be a major in the British Army, he would have been able to wear the uniform with the permission of the King. Instead, Harry will have to wear black while his family surround him in military uniform.

Moreover, Harry’s uncle, Prince Andrew, has been permitted to wear a military uniform at the funeral, despite his connections with convicted sex offender Jeffrey Epstein. Royal expert Camilla Tominey has described this move as “petty”.

Writing in The Telegraph, she said: “Denying Harry the right to wear military uniform, even though the disgraced Duke of York has been permitted to wear his Royal Navy dress for the final vigil at Westminster Hall, does appear rather petty.

“It seems the palace is following the protocol for “non-working” royals and has given Andrew the brief reprieve because he is the late Queen’s son.

“Whatever the thinking behind the move, however, the public may view it as an unnecessary snub.” 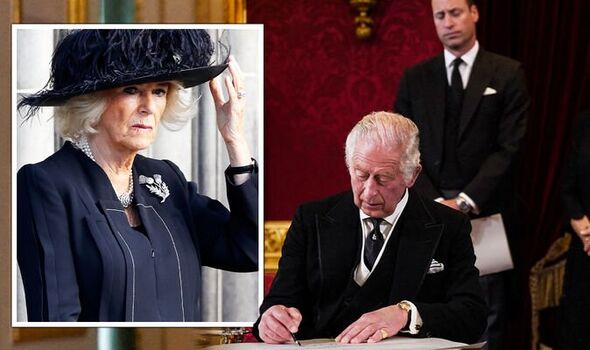 Good morning, I’m Olivia Stringer and I’ll be bringing you all the latest developments on the Royal Family for the next eight hours. Please feel free to get in touch with me as I work if you have a story or tips to share! Your thoughts are always welcome.