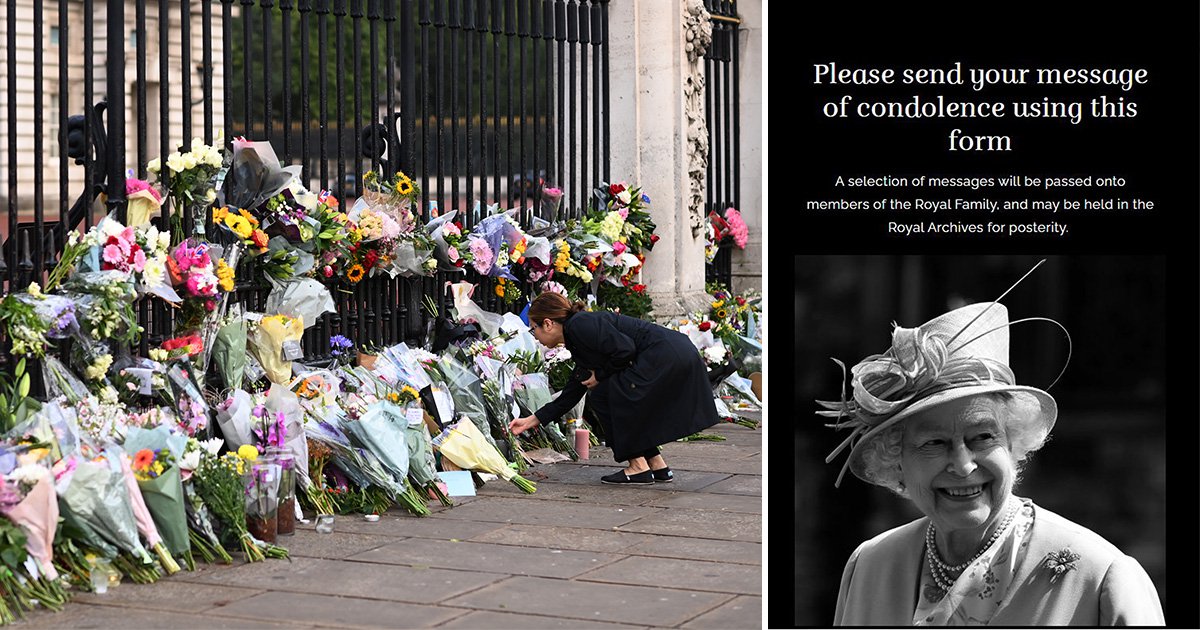 Buckingham Palace has opened an official Book of Condolence for people to leave tributes to Queen Elizabeth II online.

A form has been opened inviting well-wisheres to leave messages on the royal.uk website, which has turned black-and-white to reflect the start of the seven-day national mourning period.

Palace officials will hand-pick a number of messages to pass on to King Charles and other members of the royal family.

Some may also be held for storage as historical artefacts in the Royal Archives.