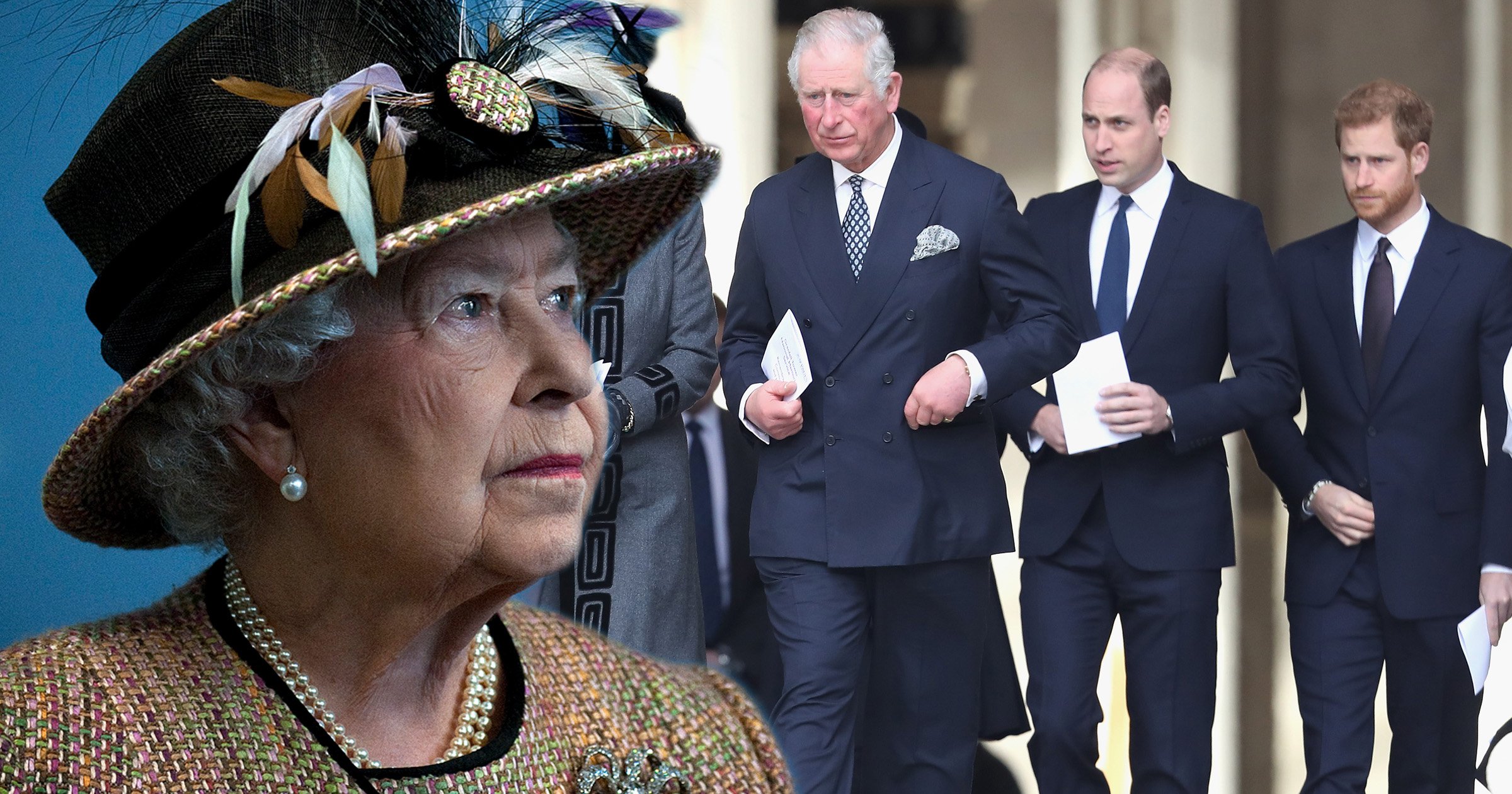 It is hoped the Royal Family will put aside divisions and echo the Queen’s penchant for ‘forgiveness’.

Much of the news surrounding Britain’s most famous family has surrounded spats and scandals in recent years.

But for the coming weeks, as the country enters a period of mourning, the tone will change.

Today, the appearance of Prince William and Kate walking out Windsor Castle with Harry and Meghan signified a united front to the nation.

And in his first address to the nation as King, Charles said he wished to ‘express my love for Harry and Meghan as they continue to build their lives overseas’.

Catherine Butcher is a royal expert whose book ‘Faith in Our Queen’ charts the late monarch’s life from an early age.

The writer hopes the Queen’s steadfast commitment to her religion will influence her relatives as they come together for her funeral.

‘As ordinary people, they will be grieving’, she told Metro.co.uk.

‘But they have the enormity of grieving in the public eye.

‘The Queen grew strength from her faith and used it alongside her duties. You would hope this forgiveness sought to extend would also be part of her legacy.

‘When difficulty arose over Prince Harry and Meghan, she said they would always be loved members of her family. That willingness to extend family ties will hopefully be demonstrated still.’

The Royal Family will see huge change as the new King Charles begins a new chapter of the monarchy’s history.

The Queen and her son will certainly differ when it comes to their private lives, Catherine added.

Charles has spoken his mind on a various topics, political and personal, over the years.

The Queen, however, rarely gave much away about her opinions and beliefs.

She only came near to doing so once, during the Scottish independence referendum in 2014. She urged people to ‘think very carefully about the future’.

Her privacy was part of her professionalism, Catherine added.

‘She had great humour,’ said the writer.

‘But while she did not take herself too seriously, she did take her role very seriously. She was dedicated and faithful, and served us not over us.

‘Now there’s a massive change, we have someone who came to the throne when the country was so different. She has seen so much change.

‘The new King will have his own agenda, he has been outspoken in the past.

‘The Queen was open about her Christian faith, but silent on so many other matters. She made a point of it.’

Catherine also highlighted the recent death of Prince Philip, and the ‘profound’ effect it had on the late monarch’s family.

It was just last year that the image of the late monarch sitting alone in St George’s Chapel, Windsor Castle, amid covid restrictions, became a defining photo of her life.

Catherine said: ‘All the family are still coming to terms with Prince Philip’s death, he loomed so large in their lives.

‘Now that’s been compounded by the loss not only of a mother, but of a monarch.

‘And for the Queen herself, we saw the change after the sad loss. She lost weight, was more stooped – you could see it had such a profound effect on her.

‘When Prince Philip died, the Duchess of Wessex spoke beautifully about it. She said it had been like “someone took him by the hand and off he went”‘.

‘I hope it was that level of peace for the Queen.’