Prince Harry: Expert on whether he will ‘stay’ after funeral

Royal expert Roya Nikkhah insisted, from the Queen’s orders, that all members of the Royal Family must display a sense of unity. While speaking on BBC with Huw Edwards, the royal commentator explained the family will be focused on unity during this time of mourning at Prince Philip’s funeral. She highlighted the ongoing feud between Prince William and Prince Harry and reflected on how the pair will be behaving.

She claimed that, while they may not be walking shoulder to shoulder during the funeral, they too will display an element of unity and support for the Royal Family.

Mr Edwards said: “Roya you were talking to us about how the Royal Family would be preparing for today.

“There will certainly be a focus on William and Harry and they will be present today, Harry has come back from America for this funeral, there has been a lot of focus on that.

“When they drew up the plans for today, what do you think they were trying to achieve?” 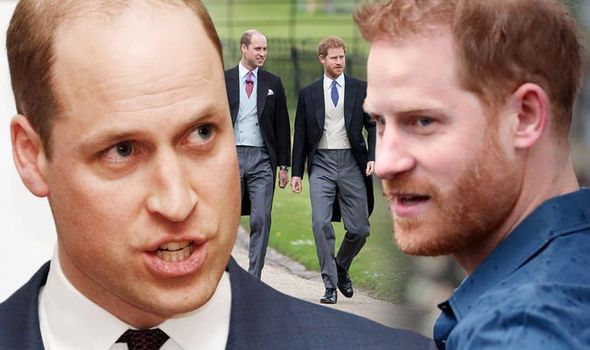 “What are people meant to read into with the precession?”

Ms Nikkhah replied: “There has been an enormous amount of speculation around some of the so-called dramas that we have seen between the Royal Family the last few months.

“But the very key thing the Royal Family want to focus on today, this is from the Queen all the way down to the members we are going to see today, it is unity.

“Unity, at least for one day.