Normally when the royals go anywhere, huge crowds of people gather. Therefore, with the current social distancing guidelines they have decided not to publish their plans ahead of time for now. Even royal photographers and reporters are not told about all of their engagements, so that they are spread out and everyone can make sure they are social distancing.

This means there is a general sense of intrigue and excitement about royal engagements at the moment, because they will come as a surprise to almost everyone.

However, whenever royals visit somewhere, word travels fast and people are still thronging to where they go, especially when Prince William and Kate Middleton are out and about.

For example, last month the Duke and Duchess of Cambridge visited a famous bagel shop on Brick Lane, a small crowd of people gathered outside as word spread of their arrival. 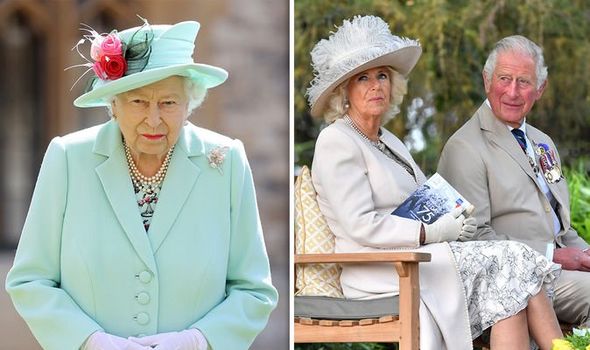 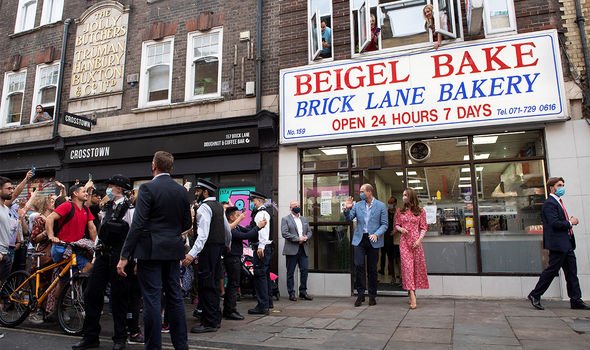 He said: “It is quite different because at the moment with the royals, it’s all very cloak and dagger, they won’t publicly tell anybody where they’re going to be.

“Because I think they’re taking the responsible view that they can’t be responsible for a crowd drawing up, which is sensible.

“So it’s all quite cloak-and-dagger, there will only be two or three engagements and you’ll only know which one you’re going to, where it is and what time it is and colleagues will go to other ones and no one will tell anyone else what they’re doing and it’s all very cloak and dagger. 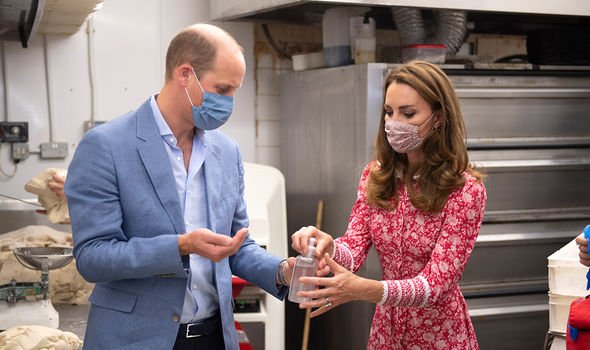 “But they’re still going about their business as best they can in these times with social distancing.

“I suppose, when people meet the royals they always want to shake their hands, but that can’t be done at the moment.

“And they try and have as in-depth a conversation as anyone can have from two metres away.”

Ms Gripper added that there is the added complication of wearing masks, which can make these discussions even more tricky. 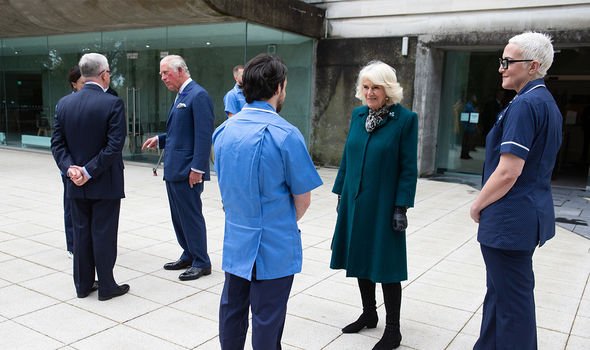 That said, the royals have been out and about, engaging with the community in a variety of ways.

Prince Charles and Camilla visited Northern Ireland recently, including the Ulster Museum in Belfast featuring a replica of the Game of Thrones Iron Throne.

Unfortunately, Charles declined to sit on the throne that was fought over in the HBO epic fantasy drama.

They also thanked nurses and midwives who transitioned early from their training to respond to the COVID-19 pandemic during their visit.

Meanwhile, William and Kate visited the east end of London, including the bagel shop on Brick Lane and a mosque and community centre.

The couple wanted to see how communities and businesses have been coping during the pandemic and to celebrate the area.

They met staff, volunteers and local businesses leaders at the East London Mosque and London Muslim Centre, who helped the community with grocery donations and hot food.

The community came together during the crisis to provide food parcels to hundreds of people including Muslim worshipers, Christians and those of no faith.

Group scout leader Rachel Drew told Pod Save the Queen how Kate seemed genuinely interested in what the scouts had to say.