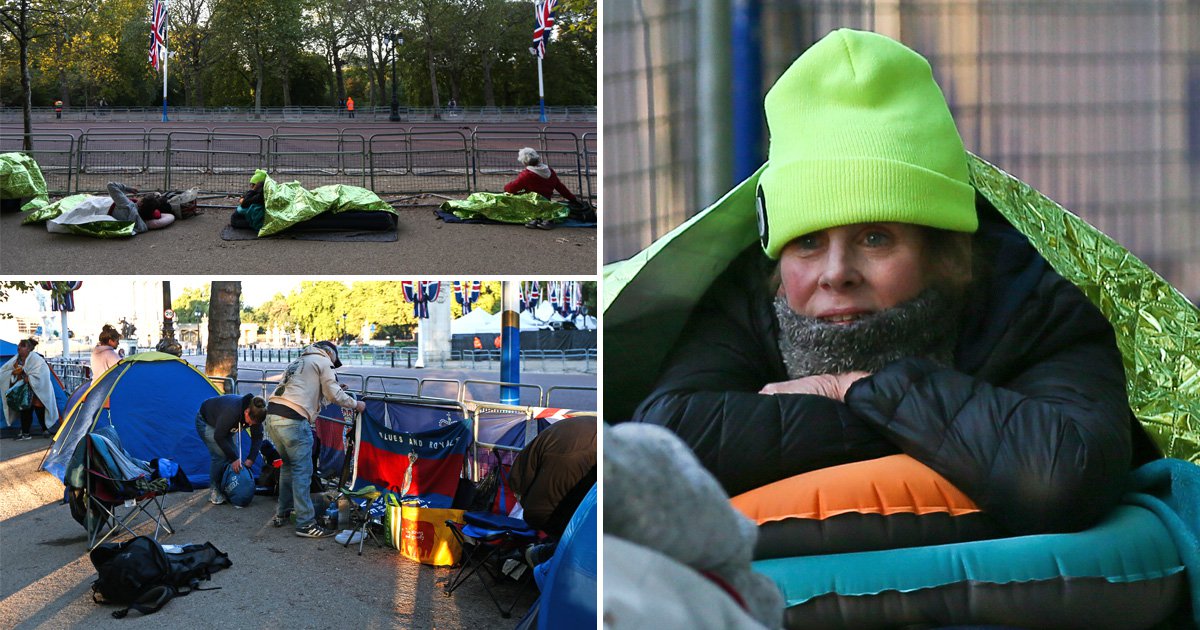 Royal fans have already got out their sleeping bags and tents and are camping overnight to get the best spot on the Mall for the Queen’s funeral.

Mourners and well-wishers wrapped themselves up in tinfoil blankets and slept in camping chairs as they hoped to get a prime position for Monday morning.

Yesterday Buckingham Palace confirmed the final route for the Queen’s coffin and said she would now be travelling via the Mall on her way to her Windsor.

The Queen will take a slower route on the 22 miles from Westminster Abbey to St George’s Chapel via the A30 and A4 rather than the M4.

Once people have said their final goodbye to her lying-in-state at around 6.30am she will head through London to Wellington Arch, where the coffin will be transferred to the State Hearse around 1pm.

The journey will begin in London and travel west along the south edge of Hyde Park, before passing through Queens Gate and heading along Cromwell Road.

Continuing through the capital, it will pass Hammersmith and Chiswick along the north bank of the River Thames.

It will then head to the Great West Road where it will pass south of Heathrow Airport, before going past Staines.

The Queen’s coffin will then enter the grounds of Windsor Castle through Shaw Farm Gate and head north before finally arriving at St George’s Chapel.

Following her funeral, on Monday she is expected to be laid to rest with her husband Prince Phillip just after 7.30pm.