Those wanting to visit the Queen’s final resting place are not able to skip past the general admission prices.

Tickets allow entry into the castle and to see inside the memorial chapel where the ledger stone marks the grave.

Furious fans have taken to Twitter to share their thoughts on the cost, with some branding the Royal Family as “grifters”.

The unique royal vault is now open to members of the public, with the first lot of visitors paying their respects on Thursday. 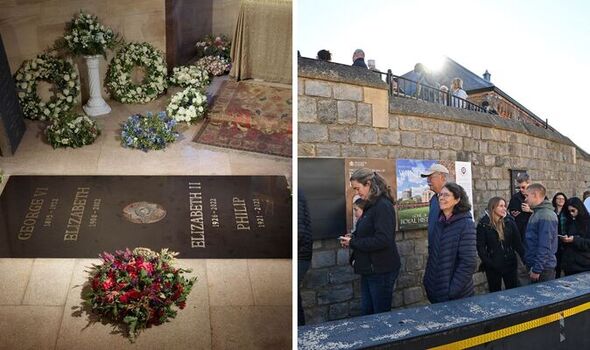 One irate Royal fan took to Twitter and wrote: “The Royal Family are grifters. As of next week you can pay £28.50 to see the Queen’s final resting place. Roll up! Roll up!”

Another user joked: “It might not be her final resting place, the attraction could become so lucrative they will take her on tour.”

The current price of visiting King George VI Memorial Chapel and the Queen’s grave within it is £28.50 for a weekend visit.

But punters hoping to cut costs can wait until a weekday and head into the Chapel for £26.50. 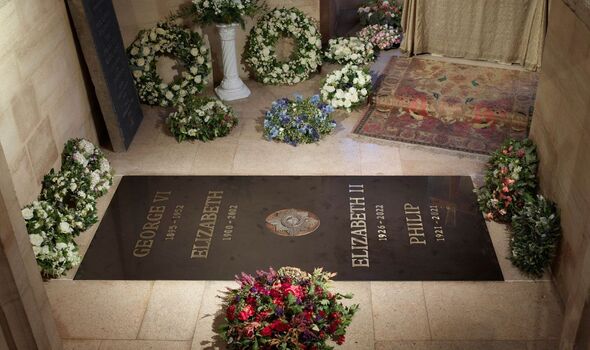 Some fans even asked if they could get a “BOGOF” offer – similar to those that the takeaway chain Domino’s offers customers.

Some even questioned why they had to pay to see it, and one Twitter user wrote that the price was “peeing on our heads” during the cost of living crisis.

They said: “In a country where people are struggling to get by with the rising prices of living this is just peeing on our heads.” 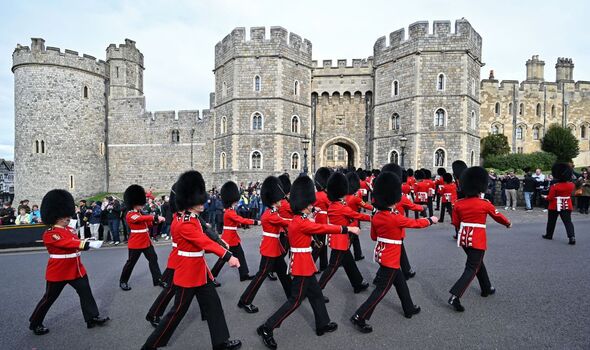 Buckingham Palace released a photo of the ledger stone that marks the spot where the family are buried.

The ledger stone, made of Belgian marble and bearing inscriptions, was surrounded by wreaths of white roses and lilies as it was opened to the public yesterday.

One royal fan Debra Bullard, 65, from North Carolina, was visiting Windsor Castle as part of a seven-week trip to the UK. The retired teacher, who was waiting in line to enter St George’s Chapel, said: “I just love the Royal Family.” 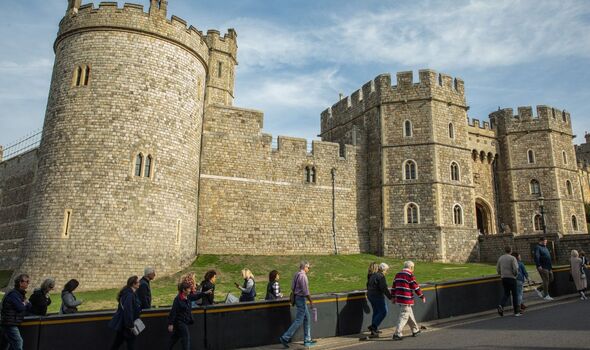 Ms Bullard explained that her love for the Royal Family started with Princess Diana and her wedding to then Prince Charles in 1981. She added: “That’s what sparked my interest. [Diana] was young and vivacious. She was a teacher. She was innocent when she joined the Royal Family. Camilla has grown on me a little bit.”

On Queen Elizabeth II’s death, Ms Bullard said: “It wasn’t a tragedy like Diana’s. After the celebrations in June, it was almost, not like it was time, but almost like it had come full circle.”

At the front of the queue to enter Windsor Castle was Anne Daley and Grace Gothard who got the 5.07am train from Cardiff. The dedicated pair were also number two and three in the queue to see the Queen lying in state at Westminster Hall prior to Her Majesty’s funeral.

Hundreds of visitors arrived at Windsor Castle yesterday to pay their respects to the late monarch.