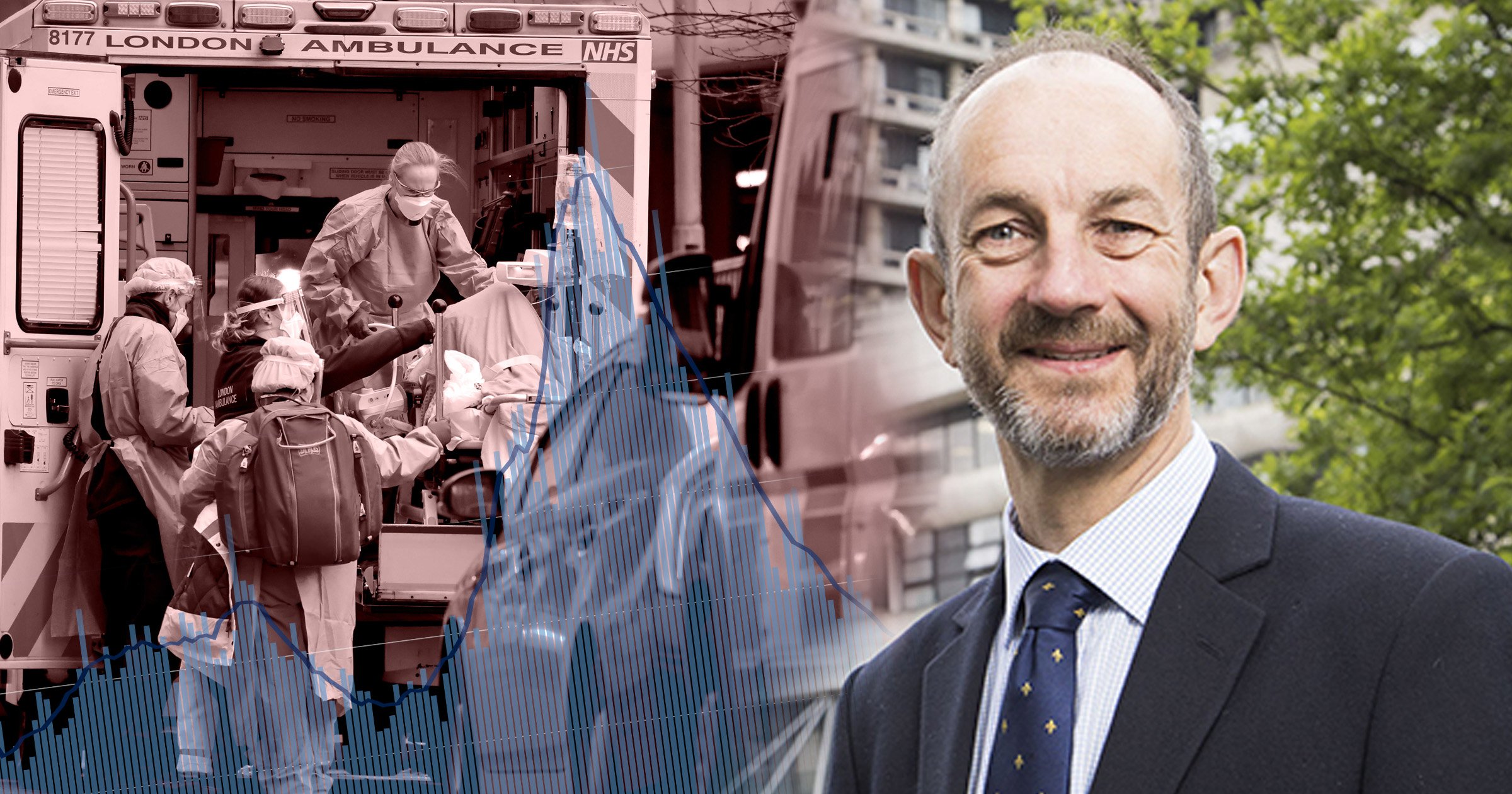 A hospital at the epicentre of the Covid pandemic has registered a fall in intensive care cases as it recovers from being one the hardest-hit NHS services in the country.

Chris Streather, medical director of the Royal Free London group, said there was ‘light at the end of the tunnel’ amid a push to protect weary ftontline staff from suffering burn-out.

Mr Streather said the vaccination programme was key to the recovery effort and it might need to be ‘normalised’, with annual autumn jabs to guard against new Covid variants.

The Royal Free’s intensive care unit – where some of the heart-rending scenes have been captured by the BBC – has registered a 30% drop in cases. The hospital, in Hampstead, north London, had been at double the normal capacity, with more than 90 occupied beds at the height of the crisis in the second wave.

Mr Streather, who is medical director at the Royal Free group, which also includes Barnet and Chase hospitals, said the pressure was abating.

He told Metro.co.uk: ‘The staff have been absolutely magnificent and we have had some remarkable success stories about patient outcomes, so there are some very good stories mixed up with some very sad stories. There’s not been anything like this since the flu pandemic after the First World War.

‘People were hopeful this wave would be shorter and less high than the first wave but frankly it’s been a little bit worse. Also, this wave happened during traditional winter pressures when things are difficult.

‘Eventually people get tired and they need help from us to build their resilience and recharge their batteries. Hopefully working with the NHS and with our charity we are able to make a contribution to that.’

Mr Streather pinpointed a community nurse’s speech praising colleagues for helping her recover from Covid as one of the moments that lifted spirits amid the unrelenting pressures on the wards.

Her message featured in the BBC2 documentary, Hospital.

Mr Streather said: ‘Nancy had come to the UK to work as a nurse.

‘She was very, very poorly but she got better and as she left hospital people were clapping her out and she gave an almost Churchillian speech about how the NHS had helped her.

‘You had to have a heart of stone not to have a tear in your eye.’

The medical chief envisages further changes, including an effort to drive down health inequalities and yearly vaccinations for Covid.

He said: ‘We need to look really hard at what the needs of the population we serve are. There is a strong sense in the white paper about trying to narrow health inequalities.

‘If you look at things like vaccination uptake and who’s suffered the worst consequences of Covid and patients who have suffered the most delay in access to elective treatments, then people in more deprived communities have done worse than the general population.’

More than 14million people have received their first dose of a Covid vaccine, with the Government on course to meet its target of delivering jabs to the first priority groups, including all over-70s, by Monday. Sixty per cent of the Royal Free group’s 10,000 staff have been vaccinated so far.

Speculation has arisen that booster jabs may be needed among the most vulnerable, even after the second immunisations are completed.

Mr Streather said: ‘It’s highly likely we’ll have another round of vaccinations as the virus changes character and we will have to normalise mass vaccination programmes.

‘At the moment we’re busy giving as many first vaccines as we can and then second vaccines in due course. We are just about to start our first cycle of second vaccines very shortly.

‘We are too busy at the moment to think what may need to happen and it depends a bit on the virus’s behaviour but one of the advantages of the Covid vaccines is they are highly adaptable.

‘With influenza you can get a vaccine for the current year’s strain and with Covid it will be no different.’

Mr Streather spoke to Metro.co.uk after Gary Colet, who spent three months in Barnet Hospital with Covid, thanked staff at Barnet Hospital for saving his life and pledged to raise funds for the charity.

The charity and wider group have supported workers throughout the pandemic, including through providing rest areas, digital devices and a free supermarket for those on long shifts around the clock.