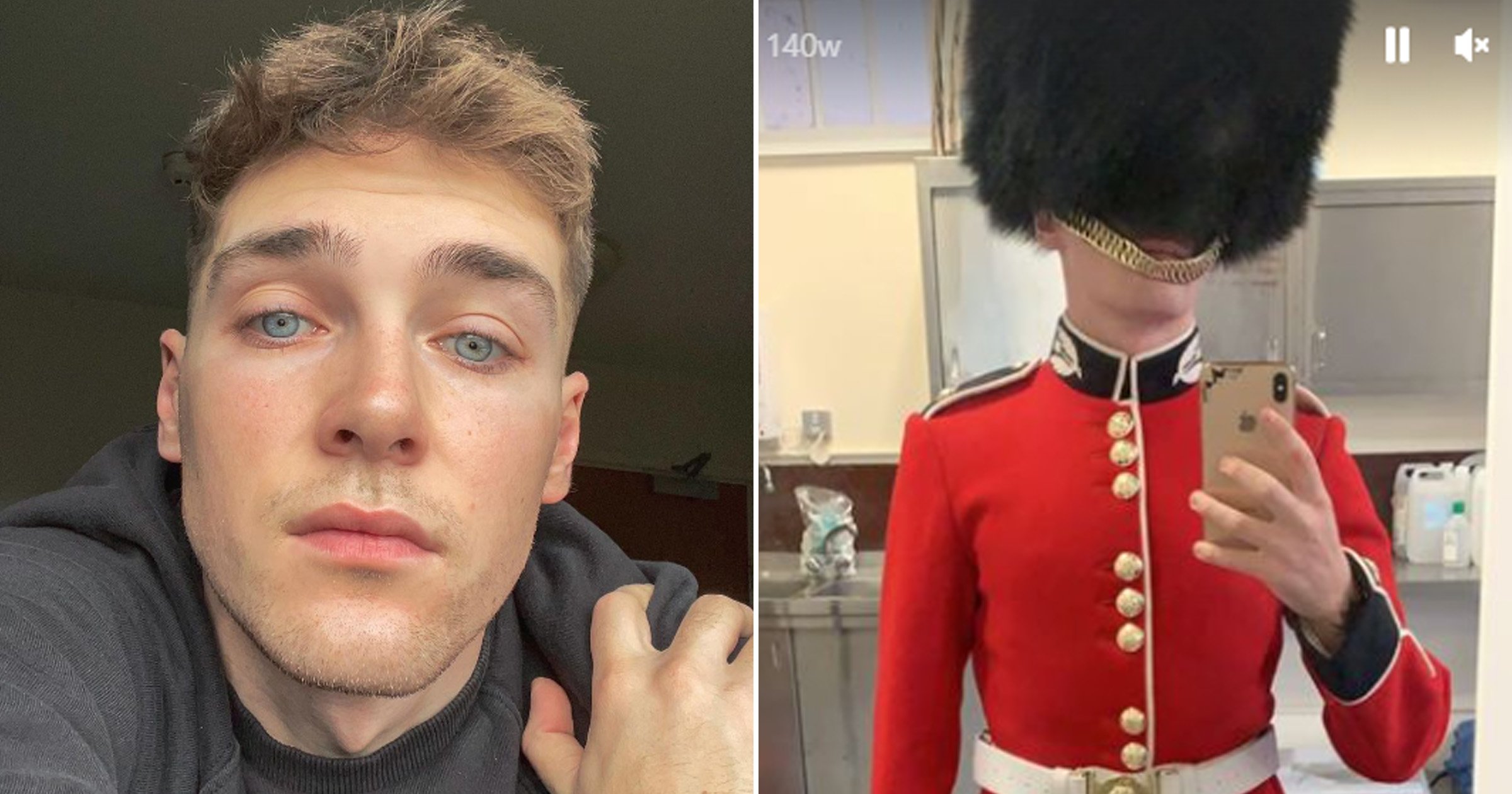 A guardsman who was on sentry duty at Windsor watching over the Queen has been kicked out of the army for using cocaine.

Jimmie Straughan, who used to post TikToks of himself ‘larking around’ on duty, outraged his bosses after he was seen gyrating against his rifle and filming the Queen walking her corgis.

Now Jimmie, who joined the army in 2019, has revealed he was dishonourably discharged in March 2022 after failing a drugs test.

The Scot told MailOnline: ‘Being kicked out was the best thing that ever happened to. When you join the army, you are sold a dream of travelling the world and going to exciting places, but when we were on ceremonial duties, it was just hell.

‘I hated it when we had to stand in front of the gawping tourists. I remember thinking to myself, “Am I a proper soldier or just a nutcracker?”

‘We were barely earning the minimum wage, but living in central London, so even when you did get leave, you hardly had any money to spend.’

He claimed the use of cocaine is rampant in the Household division, due to soldiers being bored performing ceremonial duties.

Jimmie’s videos also apparently led to the Queen ‘personally complaining about him’ after she caught him messing around.

This lad deffo isn’t in the army anymore 😂 or he’s in colly haha! #queensguard #royalfamily #rifleman

He said: ‘I never got caught taking the video of the Queen walking her dogs with a footman, but she phoned up the guardroom and reported me for misbehaving on post.

In a clip, the 23-year old, who part of F Company of the elite Household Division, said: ‘I’m meant to be looking after the Royal Family. Currently staring at two ducks. Do I care? No.’

Although posted after he was sacked, the video has sparked calls for the Ministry of Defence to to tighten up social media training.

Admiral Lord Alan West, the former head of the Royal Navy, said the former guardsman deserves ‘whatever punishment is thrown at him’.

He said: ‘You always get people who are bloody stupid, and clearly he was bored. But this is so stupid. He has brought the Army and military into disrepute.’

The Guards regiment are highly trained combat units which carry out operational duties all over the world, but they also train for public and ceremonial duties.

Jimmie’s family have also said they disapprove of his antics, with his dad’s girlfriend Rebecca Menzies saying the video was ‘disrespectful’.

She said: ‘It was a bit disrespectful but he’s a good guy, a nice young lad and he’s not the devil as some people seem to be making out.

‘We don’t know what he’ll do next after travelling but he’s only 23 and has his life ahead of him.’

An Army spokesperson said: ‘We are aware of an old video being circulated on social media.

‘Soldiers will be held to account where their social media usage contravenes our values and standards, or they bring the Army into disrepute. This applies to all members of the Army, whether on duty, off duty or on leave and may result in administrative or disciplinary action.’