Harry and Meghan stunned royal fans when they declared their intention to become financially independent and step down as senior royals in January. Although the Queen worked quickly to find a workable solution for the couple, a further row erupted last week after the monarch ruled that Harry and Meghan can no longer use their brand name Sussex Royal after March 31. Responding in a lengthy statement on their website on Friday, the couple claimed the Queen had no “jurisdiction” over the word royal overseas – leading critics to dub the pair “rude” and “disrespectful”.

An insider told Vanity Fair last week that the Queen now “does not want to talk about” the couples’ exit anymore, and she has found the turns of events since their ‘declaration of independence’ back in January “rather hurtful”.

However, royal commentator Katie Nicholl pointed out that a rift had been emerging between the monarch and her grandson for some time.

Days after the Sussexes announcement, Ms Nicholl explained in Vanity Fair how their relationship has been strained ever since preparations began for Harry’s lavish wedding to Meghan.

A source told her: “[The Queen] was very upset by some of Harry’s demands and the way he went about certain things. 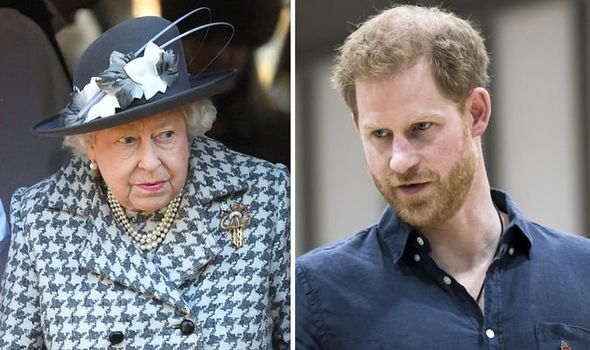 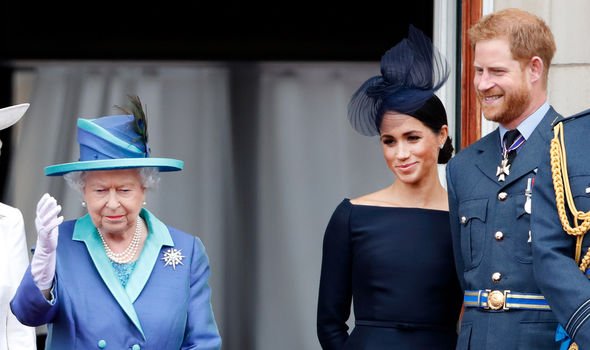 “He didn’t want to use the Queen’s staff for the wedding, he and Meghan brought in their own florist and cake makers, and Harry apparently asked the Archbishop of Canterbury to marry them before consulting the Queen and the Dean of Windsor, which wasn’t the correct way to do things.”

Further reports of disagreements between the couple and members of the royal household emerged after their wedding in May 2018.

Meghan was supposedly “difficult” and demanded a tiara with emeralds for the ceremony. Despite being told it was not available, Harry allegedly told staff: “What Meghan wants, Meghan gets.”

This led to an intervention from the Queen over how the couple address staff members. 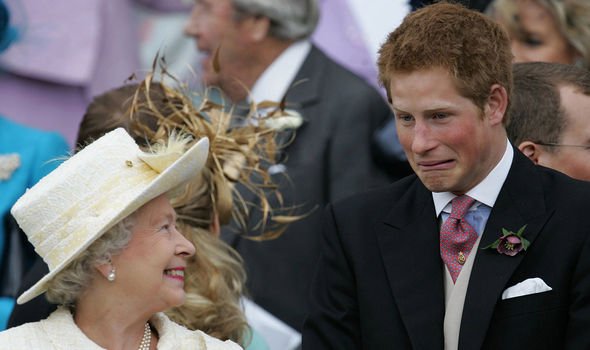 Ms Nicholl added: “The Queen was said to be so cross that she called Harry in for a rare dressing down.”

A royal insider said: “I think she was dismayed by his attitude in general and I remember speaking to her and her being rather upset by how beastly Harry was being.

“Their relationship was quite badly damaged by it all.”

The tension between Harry and the rest of his family has continued to escalate over the past two years.

The Queen was not able to attend Archie’s christening because the couple did not notify her diary team in time, reportedly leading to further upset.

The Sussexes are also believed to have spurned the monarch by not spending time with her in Balmoral over the summer or Sandringham this Christmas. 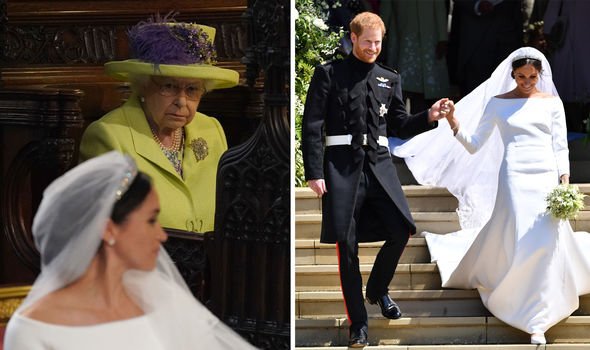 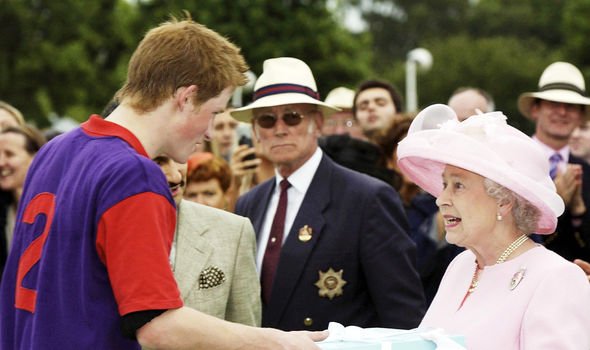 Another royal source told Ms Nicholl: “At the end of the day [the Queen] is 93 and this has been a genuine shock for her.

“After everything she has done for Harry she feels monumentally let down.

“All she has done is accommodate him and Meghan from the start.”

The source continued, adding how Harry’s relatives “are all very upset” and that the Duke of Sussex “is frankly behaving like a bolshie teenager”.

They explained: “He has dropped a bombshell and left the Queen to pick up the pieces. It has not been great for their relationship.

“What was once a very warm and jokey grandmother-grandson rapport has dissipated.” 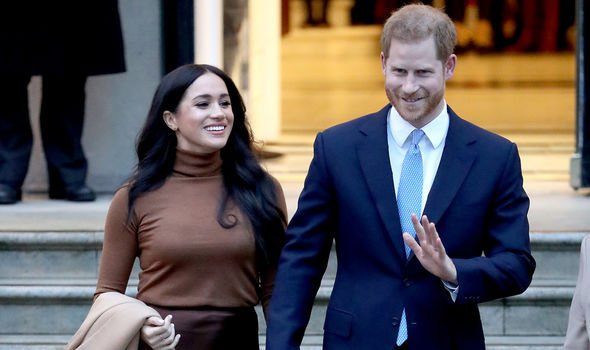 Shortly after a conclusion was reached on the Sussexes’ new status in January, the Queen released a statement which appeared conciliatory in tone.

It read: “Harry, Meghan and Archie will always be much loved members of my family.

“I recognise the challenges they have experienced as a result of intense scrutiny over the last two years and support their wish for a more independent life.”

She added that she hoped they could “start building a happy and peaceful new life”.

Yet, not long after Buckingham Palace published her statement, Harry gave a speech at a private event where he acknowledged his gratitude to his  grandmother for organising a new solution, but hinted that he was still disappointed not to “continue serving the Queen”.