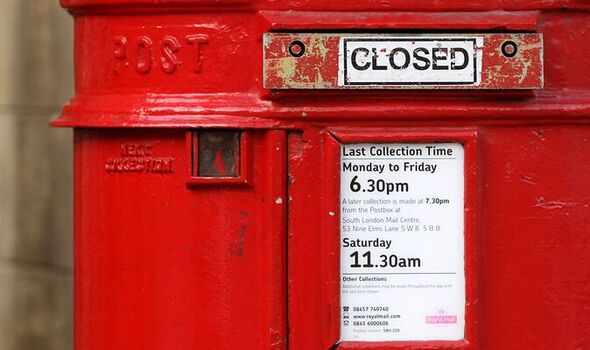 The Communication Workers Union (CWU) announced this afternoon (Tuesday) that 97.6 percent of members balloted had voted in favour of industrial action, out of a turnout of 77 percent. The minimum turnout needed for strike action is 50 percent.

The strikes will see 115,000 posties from 1,500 workplaces stage walkouts. The union described the result as “stunning”.

The union had balloted for strike action at the end of June, over demands that the mail group negotiate over pay and conditions.

Royal Mail was planning to impose a 2 percent pay rise on workers, at a time when the cost of living was soaring.

It said it had offered a further 3.5 percent to workers, conditional on certain changes to conditions. CWU had called for a “no-strings” pay increase.

The trade union accused the postal firm of enforcing an effective pay cut “by the same people they have generated incredible profits for”, and claimed “our members are going to food banks while bosses reward themselves with advance bonuses”.

A Royal Mail spokesperson said the company was “disappointed that CWU members have voted in favour of industrial action”.

They added: “Despite nearly three months of talks, the CWU have not engaged in any meaningful discussion on the changes we need to make to adapt.

“Ensuring we can change, at pace, is the route to protecting well-paid, permanent, jobs long term and retain our place as the industry leader on pay and terms and conditions. That is in the interest of Royal Mail and all its employees.”

The postal service pledged that it had “contingency plans” in the event of industrial action, “to minimise customer disruption”.

Other trade unions represting postal workers, Unite and CMA, announced that a planned 72-hour walk-out from tomorrow (Wednesday) would be called off after members voted two to one in favour of striking – below the threshold needed for industrial action.

Unite said that talks would resume and that there would need to be “further movement that must be made by Royal Mail for this dispute to be resolved”.

Royal Mail said in a statement that it was “very pleased” that the Unite/CMA strike had been called off, claiming there “were no grounds for industrial action”.