The Tudor era has returned to the spotlight after a new Channel 5 drama about the final months of Anne Boleyn’s life has just begun filming. Anne is remembered as being Catherine of Aragon’s lady-in-waiting who began an affair with the reigning monarch, King Henry VIII. Their relationship was to have repercussions for the whole of England, as Anne encouraged her lover to split up with his wife, Catherine, after she had failed to produce a male heir.

She encouraged Henry to break away from the Catholic church, centred in Rome, and pick up Protestantism — which does not condemn divorce.

By doing so, Henry could leave his first wife, marry Anne, gain independence from the Pope and make himself Head of the Church of England.

But, after only three years of marriage, Henry accused her of treason, infidelity and incest — and famously beheaded her.

Her tumultuous life as the Queen of England saw her win over both supporters and many enemies, who have in turn, described the famous figure completely differently. 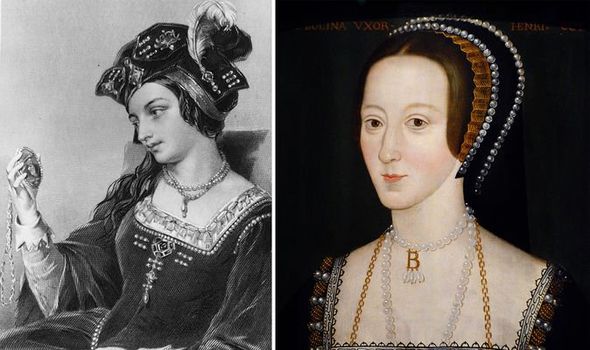 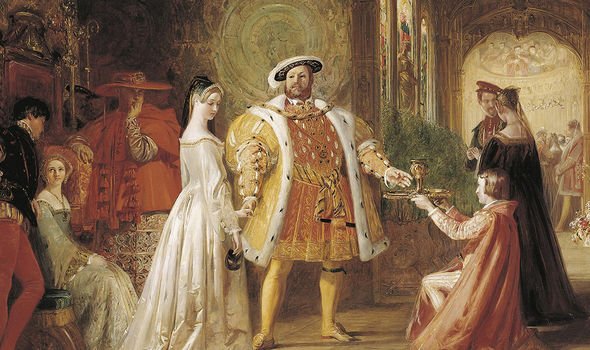 “16th Century artists also portrayed her as a great beauty.

“But the truth is, no one really knows what Anne looked like, because [a] small medallion is the only surviving portrait known to have been made during her lifetime.

“This has meant that Anne’s image has become a sort of battleground — she shifts shape according to who is telling her story.” 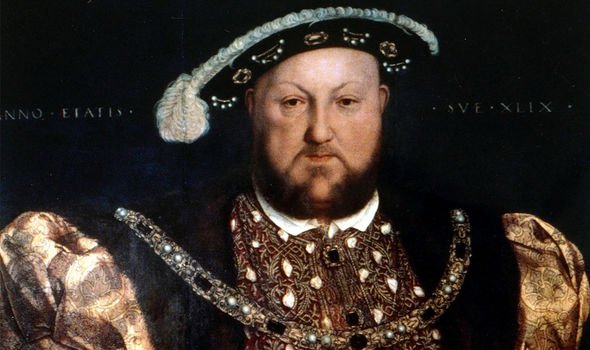 Speculation that Anne may have had six fingers has been rife for centuries.

It is thought to be traced back to Catholic propagandist Nicholas Sander, who — a few decades after Anne’s death — noted she had “a projecting tooth under the upper lip, and on her right hand, six fingers”.

He alleged she had a cyst on her neck, too, which she tried to hide through clothing and jewellery which concealed her throat.

However, others alleged Henry would not have been won over by such a woman.

History.com also noted: “Sander had a personal vendetta against Boleyns’ daughter, Queen Elizabeth I, whose religious policies had forced him into exile. 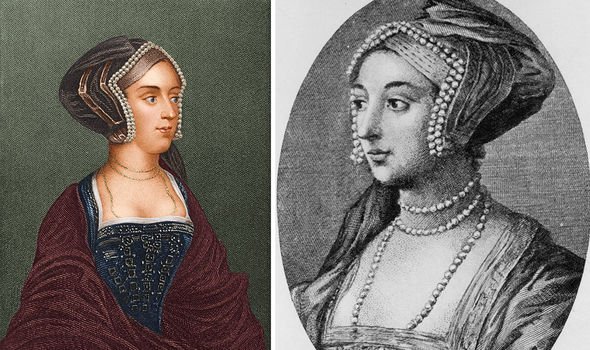 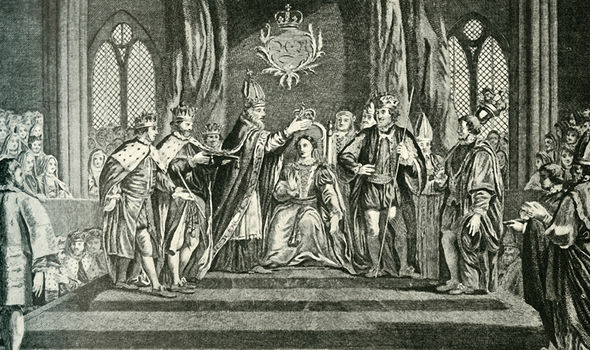 “In the medieval era, moles and other bodily imperfections were often viewed as signs of devilry and witchcraft, so Sandra may have painted an unflattering picture as a way of denigrating both Boleyn and her royal offspring.”

Boleyn’s supposed burial site at the Tower of London was also exhumed in the 19th Century and no bodies with additional digits were found.

Those who met her described her as “reasonably good-looking” or even “beautiful”.

However, Ms Worsley claimed: “Only one thing is absolutely certain — Anne was much more than just a pretty face.” 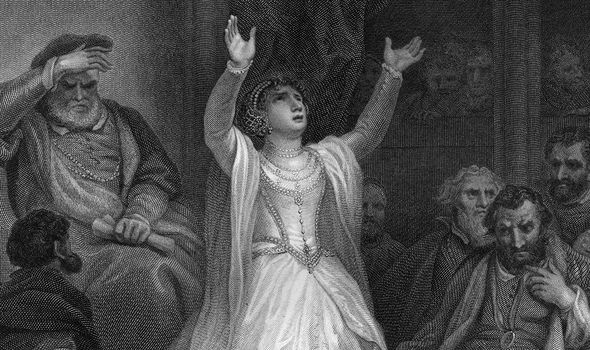 Anne is credited with encouraging Henry to become a Protestant by showing him that he could have greater freedom if he were to break away from the Pope.

Even so, she is still considered the “original other woman”, having seduced Henry into leaving his wife.

As Ms Worsley claimed: “Anne’s genuine intelligence and sense of political strategy just don’t fit into the soap opera version of the story.”