But experts claim to have unearthed key insight into the famous monarch’s final moments which suggest he did believe in God, and begged for forgiveness with his dying breaths. History shows that Henry VIII’s take on religion became more and more warped as he grew older, and at one point was convinced his first marriage to Catherine of Aragon had been “against the divine law”. He claimed that because Catherine was his brother’s widow, this was against biblical injunction, and that showed – along with the numerous stillbirths the couple had endured – God was unhappy with the union.

Henry VIII maintained this outlook and set about tearing up the Church of England to ensure he could separate with Catherine, in what would be a landmark move within Royal Family history.

He dissolved convents and monasteries, and as a result was excommunicated from the Catholic church.

His sporadic views on religion, as well as the devastating prediction that he killed around 72,000 people while King, led researchers to argue he had little interest in worshipping. 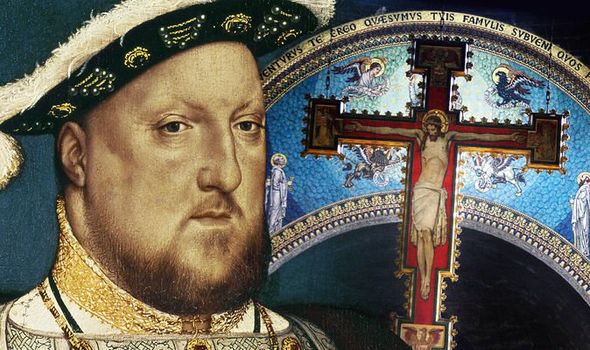 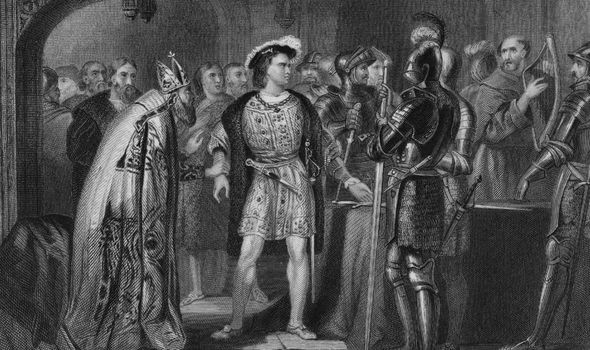 But YouTube channel Grunge exposed two key moments that appear to dispel that myth, as he begged for Christ’s forgiveness before he died, as well as calling for Archbishop Thomas Cranmer with his final breaths back in 1547.

The video posted this year said: “It was clear the King was nearing death, and so Sir Anthony Denny had the unenviable task of suggesting that Henry might want to examine his royal conscience and make his peace with God.

“Henry spent time with his confessor and received Holy Communion.

“Henry proclaimed that he believed that ‘Christ in all His mercy’ would pardon him for his many sins, but even he acknowledged there was a lot of sin in his past.” 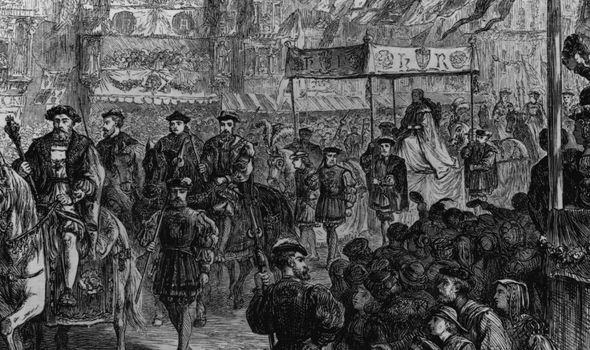 The video added: “After all, wives and royal advisers weren’t the only people Henry had executed during his reign.

“Some historians suggest as many as 72,000 people died under Henry’s order during his nearly 40 years on the throne.”

Henry VIII famously executed thousands of people, mainly those who rebelled against his ruling – and two of his six wives.

And in another touching moment, Grunge claimed that as Henry VIII began to drift off – after finally succumbing to a plethora of weight-related illnesses – he called out for Archbishop Cranmer. 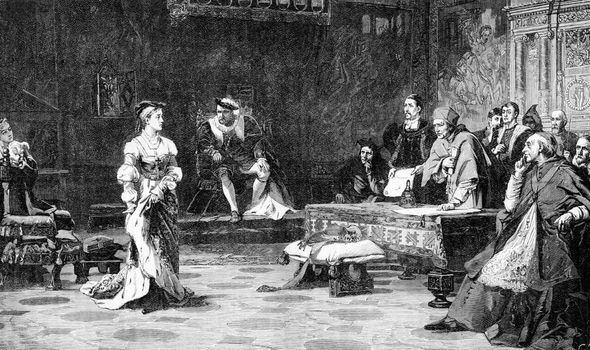 It added: “Henry was unconscious by the time the churchman arrived.

“Cranmer asked the King for a sign that he still believed Christ would save him, and Henry is said to have squeezed the Archbishop’s hand in response.”