LBC host Nick Ferrari had clashed repeatedly with Solicitor-General Lucy Frazer on LBC as the pair debated reports that British naval vessels have been escorting migrant ships to the UK from French waters. Ms Frazer promised a “stricter” immigration bill will be introduced in a bid to curb the rise in illegal migration across the Channel. While Mr Ferrari was scathing of the UK Government’s handling of the migrant crisis, telling the Tory MP: “If these were the Euros you would have crashed out in the first round!”

Mr Ferrari asked: “You saw, I am sure, the reports on the weekend of either the Royal Navy or the Border Force actually picking up some of these boats in French water and bringing them over the halfway line to safety in the UK.

“Do you support that?”

The Solicitor-General replied: “Well, obviously that incident is a particular incident and I did read those reports over the weekend.

“Do you support them?” interrupted Mr Ferrari.

JUST IN: EU to blame for ‘preventable’ deaths of refugees in Med – UN 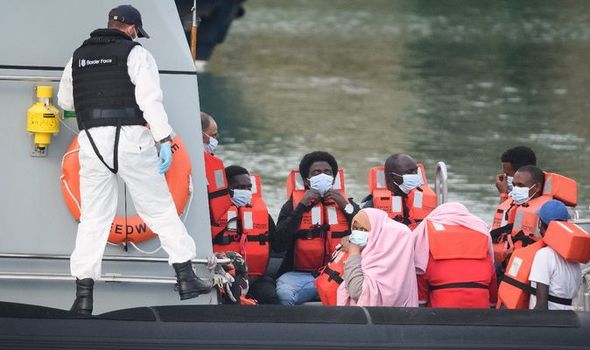 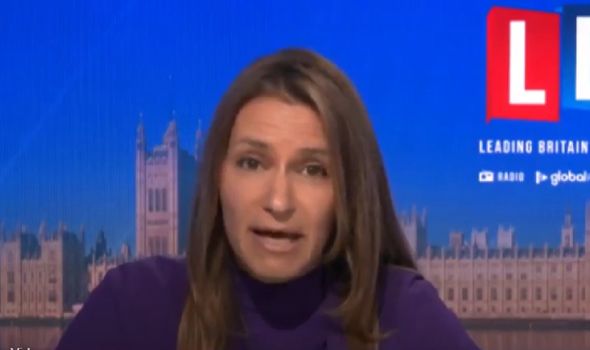 “Well we do have a duty to look after people,” said Ms Frazer.

“But hang on they were in French waters Solicitor-General,” jumped in the host once more.

“Why are we getting these people out of French Water?”

“Indeed you are the Solicitor-General do you support the legality of this?”

Ms Frazer said: “Well what we need to do is stop people making that journey in the first place.”

“And we need to make it unattractive to people to encourage people to make that journey.”

Earlier in the interview, Ms Frazer told LBC: “We need to stop the criminalization and the vast amounts of money that are being made by criminal entities encouraging people to take that perilous journey across the seas.

“The government is not doing a very good job on it, in all honesty,” remarked Mr Ferrari.

EU warned it faces ‘permanent crisis and blackmail’ from Morocco [SHOCK]
Brussels to fork out £12billion to non-EU countries [INSIGHT]
Migrant CHAOS as 1,600 risk their lives to cross Channel in May [REVEAL] 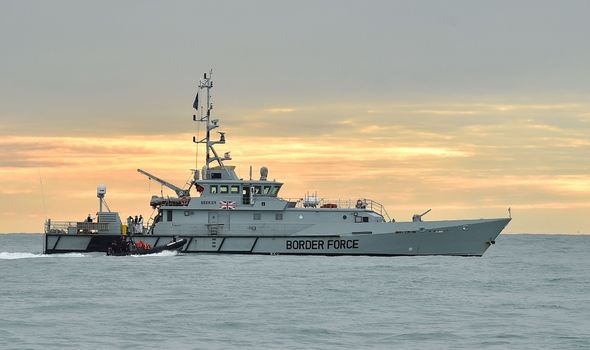 “If these were the Euros you would have crashed out in the first round.”

Ms Frazer replied: “This is really challenging in any areas where there is criminal activity and people are motivated to come across it is very difficult to take.

“But the Home Secretary is absolutely committed to tackling this and we will be bringing forward an immigration bill in due course.

“Which will make it much harder for people to cross the Channel and will take this criminal activity.”