Two sources, who are close to the Royal Navy, accused senior Royal Air Force officers of privately pushing for a version of a supersonic warplane that can only fly from the land to be included in an initial purchase of 48 F-35 Lightning II jets, instead of them all being able to operate from ships at sea.

They said any cut in the number of next generation F-35 aircraft that can take off and land from HMS Queen Elizabeth and HMS Prince of Wales would be a huge mistake, shrinking the size of the squadrons each £3bn carrier will be equipped to carry in the coming years.

“This will completely undermine … the whole carrier programme,” one source told Sky News.

“There is no operational reason whatsoever for the RAF to have the A [land-based] variant [of the Lightning II F-35]. If it can’t fly from an aircraft carrier it shouldn’t be purchased.” 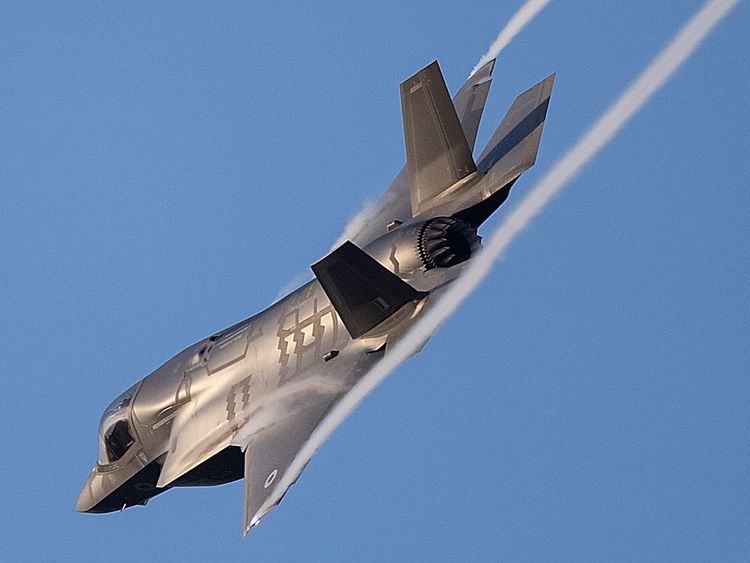 The source continued: “The navy is angry but more to the point the navy cannot believe that the RAF would put its self-serving agenda above what is best for the nation….

The Ministry of Defence insisted its policy remained for the first 48 F-35 jets – more than a third of which have already been delivered, with the rest coming online by 2025 – to be the carrier-capable B variant.

The UK plans to buy a total of 138 of the Lockheed Martin aircraft, without stating which variant, over the lifetime of the US-led programme.

An RAF source dismissed the sources’ claims as feeling like rumour “from the ill-informed”.

However, the sources – who have knowledge of the discussions taking place about the compilation of the F-35 fleet – said a final decision on the last batch of 13 jets out of the first 48 does not formally have to be made until the back end of next year. They said any switch to the land-variant would anger the US, which has helped the UK to rebuild its ability to launch warships from the sea after the armed forces were forced to take a pause on carrier-operations in 2010 to save money.

The US Marine Corps is also buying and operating the F-35B.

“What people don’t understand is the potential damage this will do to US-UK relations,” one of the sources said.

“If the British turn up to an operational theatre without combat aircraft it will completely undermine their military capability. To the US this is a really big deal.

“If the RAF go for the A variant at the expense of the carriers, which is effectively what they are saying, this will be perceived by the US as a major betrayal.”

At an official cost of £90m per jet for the B-model and £70m for the A variant, few defence insiders believe the MoD will ever buy all 138 F-35 jets despite its stated aim.

Senior officers in the RAF are understood to be keen for a mix of carrier-capable and land-based F-35s among whatever number is ultimately purchased. They note that the A-model is cheaper than the B, can fly further and carry more weapons.

The two sources, however, claimed that some RAF officers were in favour of the land-based jet because they did not want the service’s future tied to operating aircraft from the sea.

Away from the inter-service rivalry, Francis Tusa, a defence expert and editor of Defence Analysis, said the UK cannot afford to run what would amount to two different F-35 fleets.

He said the equipment used to refuel the land version of the jet mid-flight is not compatible with the carrier-model; weapons would have to be recertified; and a different line of spare-parts established – all increasing the cost.

“If money was no object fine, Britain could afford it,” Mr Tusa said.

“We don’t have the money. The priority is carrier operations. The RAF don’t see that and don’t want to see it.”