A Royal Navy plane has crashed off the coast of Cornwall, with two crew members managing to eject from the aircraft before it crashed. Emergency services are at the scene in Helston, near Penzance and Falmouth. According to aviation tracking websites, the Navy Hawk declared an emergency before disappearing from radar.

Devon and Cornwall police tweeted: “Emergency services are currently in the St Martins area of #Helston following reports of a plane crash.

“Public are asked to avoid the area whilst first responders attend the scene.

“Updates as we get them.”

The Ministry of Defence issued a statement reading: “Two pilots are being checked by medics after ejecting from a Royal Navy Hawk aircraft from 736 Naval Air Squadron during a flight from RNAS Culdrose.

“An investigation will begin in due course. We won’t be providing further detail at this time.” 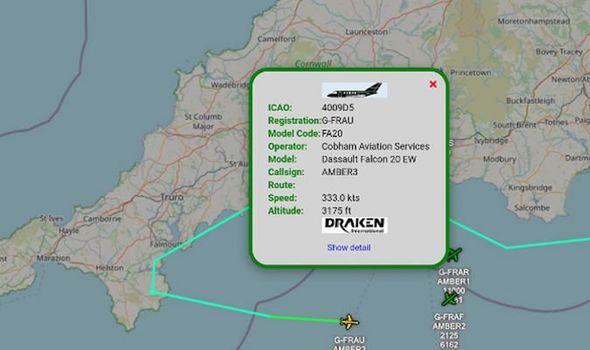 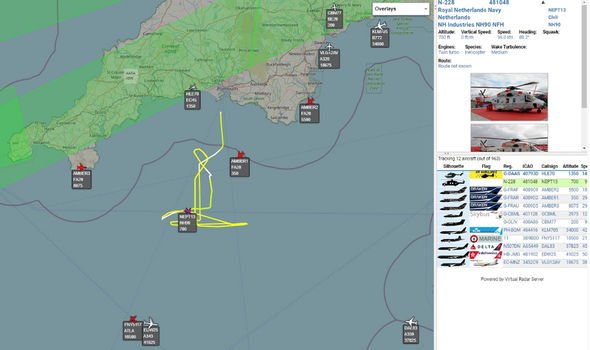 The plane issued a 7700 squawk shortly before the crash, indicating a general emergency.

It is not yet known why the plane crashed, and there are currently no reports of fatalities.

Military sources have confirmed to Sky News the plane was a Hawk T1 from 736 Naval Squadron based at Culdrose, Cornwall.

Cornwall Air Ambulance said it is responding to reports of an “aircraft engine failure”, with two people on board reportedly suffering “minor injuries”.

The alarm was raised on Twitter by aviation observers.

One said: “There has been an incident involving FRADU Hawk XX189.

“SAR and air ambulances on scene, Bournemouth based Falcons, Dutch & French navy are also assisting in the operation.”

A witness said: “I saw 2 parachutes. Don’t know where the plane crash landed though. Hope everyone ok.” 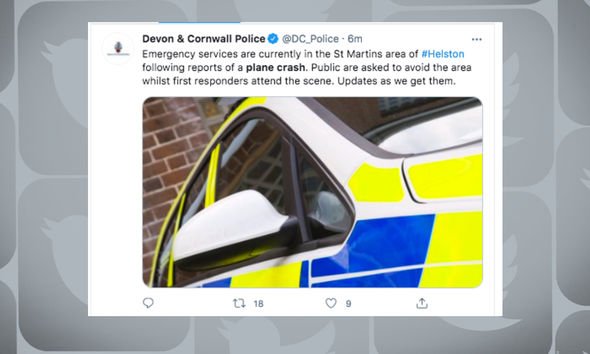 Another person wrote: “I’m hearing reports of a naval jet crashing in Cornwall.”

They later added: “Both pilots ejected and safe.”

Another Twitter user wrote: “I saw the plane fly low over our house and then there was a crack as the two pilots ejected. Parachutes open.

“Plane then banked left and crashed in nearby field. Just hope no one was hurt.”