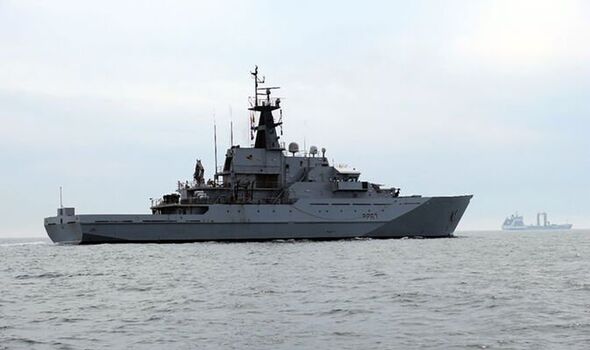 HMS Mersey followed the Russian Navy tanker Akademik Pashin through the English Channel, off the south coast of Devon. It is the latest Russian Navy vessel to pass close to our shores under the watchful eye of the UK’s Armed Forces.

Following HMS Portland’s recent tracking of two Russian submarines in the UK’s area of interest, Portsmouth-based patrol ship HMS Mersey was called upon to monitor the movements of the Pashin from the North Sea, through the Dover Strait and down the Channel towards the open waters of the North Atlantic, reports Devon Live.

The oiler is the first tanker built for the Russian Navy since the end of the Cold War, supplying the ships of the Northern Fleet with the fuel they need to sustain operations.

Able Seaman Jordan Mavin was the first sailor to sight the Pashin.

He said: “We were aware of her movements for some time and everything came together to allow us to shadow her.

“Operating so close to our own coastline I was proud to be part of the team who monitored her movements.” 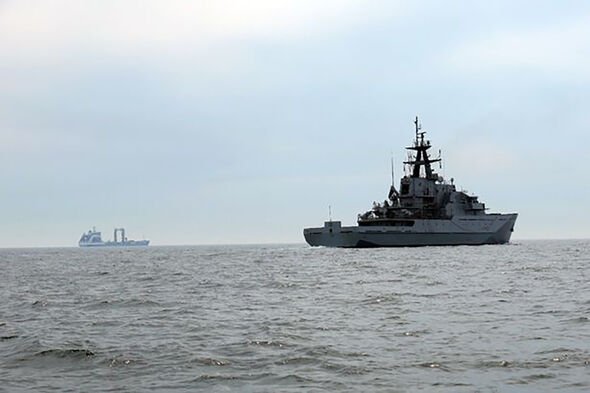 His Commanding Officer, Lieutenant Commander James Mitchell, added: “It has been a team effort, working with our NATO partners monitoring the movements of Russian vessels through the North Sea and English Channel.

“Whilst most of the UK has been enjoying a record summer of warm weather, Mersey is just one of a number of Royal Naval vessels maintaining a continuous presence at sea, protecting UK interests.”

The Pashin has continued her voyage into the Atlantic, while HMS Mersey has resumed her patrols of home waters.

With her sister patrol ships HMS Tyne and Severn, the Mersey provides the Royal Navy with a constant presence in UK waters and environs, monitoring contacts of interest, keeping an eye out for illegal activities, and ready to support the Marine Management Organisation to ensure fishermen of all nationalities stick within the rules and quotas when trawling in our fishing grounds.