Prince Harry and his wife, Meghan Markle, stepped back as senior working royals two years ago and relocated to California to pursue other projects and become financially independent. Speaking on the Guardian’s podcast Today in Focus, royal author Tina Brown speculated that the “excessive pressure” on William and Kate, the Duke and Duchess of Cambridge, as a result of the Sussexes leaving was unsustainable.

Prince Charles reportedly has plans to create a “slimmed-down monarchy” when he takes the throne, retaining just a select group of senior royals.

But following Harry and Meghan’s departure and Prince Andrew being forced to step back from public royal life, Ms Brown argued the Royal Family could be viewed as “skeletal”.

She said: “It’s looking a bit skeletal because they weren’t supposed to be losing Andrew or Harry, so a bit of a problem, that slimmed-down monarchy, at the moment.

“I think there is a great effort to try to make everybody focus on the heir, Charles, and William and Kate. But there is a lot of pressure on that.” 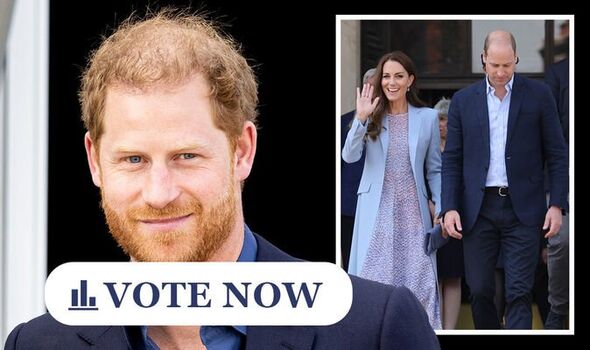 She added: “I do think at a certain point they are going to need Harry back, particularly probably after the Queen dies, because he was an asset.”

Brown had previously told the Royally Obsessed podcast that Prince Charles will also want Harry and Meghan back in the royal fold when he becomes king.

She explained that the couple “had a young appeal that was very, very potent in the country.”

Camilla feared being ‘booed’ on wedding day to Charles following intense public scrutiny [INSIGHT]
Doesn’t impact 98.6% of his life! Harry skewered for ‘fighting tooth and nail’ in UK row [LATEST]
Prince Harry told to ‘get on with life’ and to ‘spike’ memoir ‘More damage to family’ bond [VIDEO]

Meghan and Harry left the Royal Family in 2020 and hoped to carve out more  “progressive roles” in the Firm by representing the Monarchy and pursuing commercial interests.

However, the Queen rejected their “half in, half out” approach and the couple have since spent most of their time in the US with their two children.

Harry and Meghan were reunited with the Windsors at the Queen’s Platinum Jubilee celebrations in June.

So what do YOU think? Should Harry return to royal life to support William? Vote in our poll and leave your thoughts in the comment section below.