Royal biographer Tom Bower claims Prince Charles was “irritated” by Meghan’s failure to make peace and mend her strained relationship with her father Thomas Markle. In an extract of his new book, Revenge: Meghan, Harry And The War Between The Windsors, published on Saturday in The Sunday Times newspaper Mr Bower described the rift.

Two months after the Duke and Duchess of Sussex married in May 2018 the Queen and Charles allegedly held a conference call with the couple to attempt to persuade Meghan to reconcile with her father.

Mr Bower explained that Charles “berated” Harry and questioned why Meghan would not visit Thomas and seek reconciliation.

In the book he also claimed Meghan refused to phone Mr Markle as she suspected his phone “was “not in his possession” and contacting him was not secure.

“The monarch must have found it hard to believe that Meghan could not resolve her differences with Thomas Markle.” 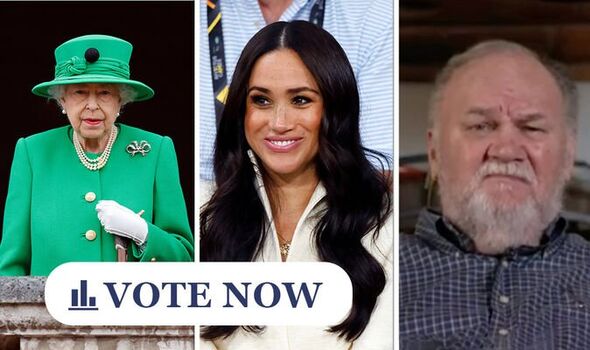 Mr Bower added: “The inconsistencies of Meghan’s excuses not only irritated Charles but perhaps also the Queen.”

After the call, Meghan claimed she could not make a visit to her father without causing “a frenzy of media attention and intrusion that could bring more embarrassment to the Royal Family.”

Meghan later added: “I was especially sensitive to this as I had very recently married into the family and was eager to please them.”

Mr Bower’s book explores the build up to Harry and Meghan’s decision to leave the Royal Family and is due to be published on July 21. 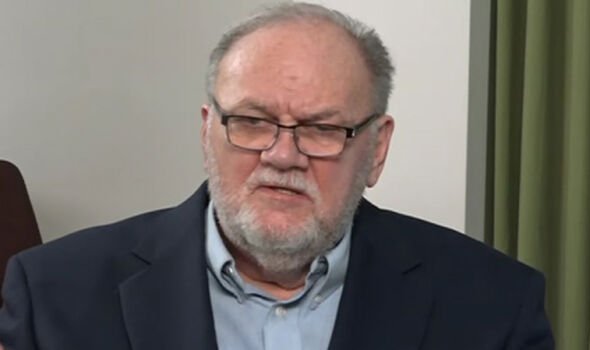 Mr Markle did not attend his daughter’s wedding to Harry after citing health concerns following news of a staged paparazzi photoshoot.

Since the wedding Mr Markle has been outspoken about the Royal Family and conducted a series of interviews with the British press.

He has repeatedly claimed that he has been shut out of his daughter’s life and has no way of contacting her.

So what do YOU think? Should Meghan Markle reconcile with her father out of respect for the Queen? Vote in our poll and leave your thoughts in the comment section below.

Revenge: Meghan, Harry and the war between the Windsors is available to pre-order on Amazon.