Camilla, Duchess of Cornwall, known as the Duchess of Rothesay in Scotland, is chancellor of the University of Aberdeen. Today, the Duchess had the pleasure of awarding the sister of her husband, Prince Charles, an honorary degree.

The ceremony also marked a rare shared meeting between Anne and Camilla, who do not often cross paths while completeing royal engagements.

The Princess Royal was awarded a Doctor of Laws for her lifetime of charity work.

Princess Anne is herself chancellor of another Scottish university, the University of Edinburgh.

And the Duchess of Cornwall couldn’t help making a playful dig at the Princess Royal during her speech at Elphinstine Hall. 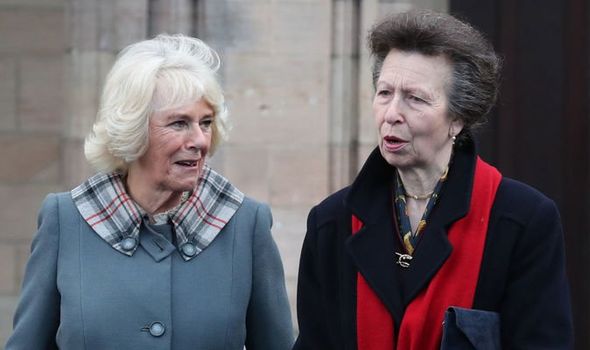 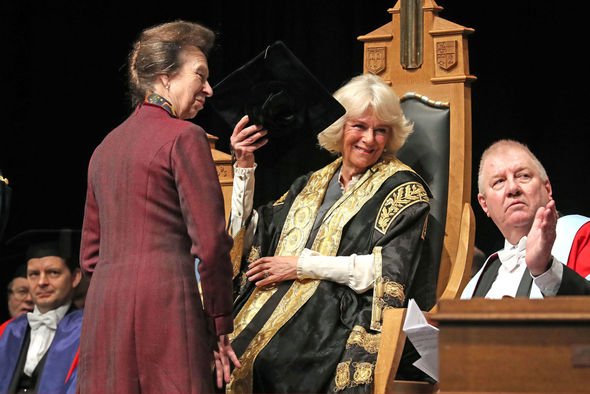 The Duchess said: “I am not sure if there is a collective noun for chancellors but my sister-in-law is, of course, also chancellor of another great Scottish university, the University of Edinburgh.

“Ladies and gentlemen, we shall have no talk of rivalry today.

“But I might just casually observe that, while we are to celebrate our 525th birthday next month, the University of Edinburgh is comparatively youthful – a mere 437-years-old.”

The Princess Royal said it was a “real honour” to be recognised by the university. 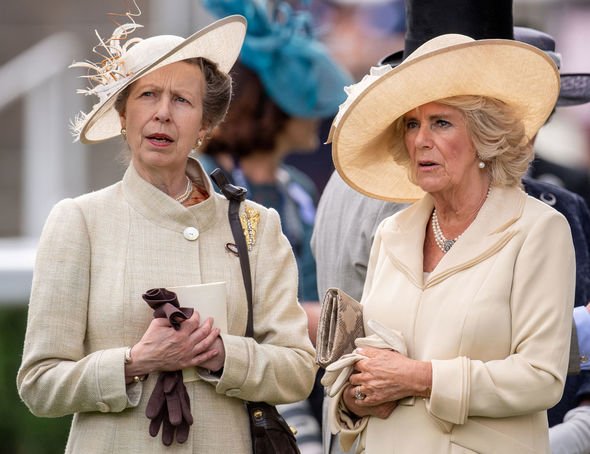 In her speech, the Princess Royal paid tribute to fellow honorary degree recipient Professor Janet Darbyshire, recognised for her work in clinical sciences, who she said she had met through Save the Children.

Anne has served as a patron of the charity for decades, serving as its president for 46 years.

With Save the Children, Anne visited projects across the world, in countries such as China, Cambodia and Botswana.

The Princess Royal is also patron to hundreds of other charities and non-profits.

Princess Anne is frequently cited as one of the hardest-working members of the Royal Family.

She carried out her first royal engagement at the age of 18, and remains a hard-working member of Royal Family to date.

So much so, in 2019 Anne completed more royal engagements than any other royal, for the third year in a row.

Following today’s graduation ceremony, the Duchess of Cornwall had a busy schedule of royal engagements ahead. 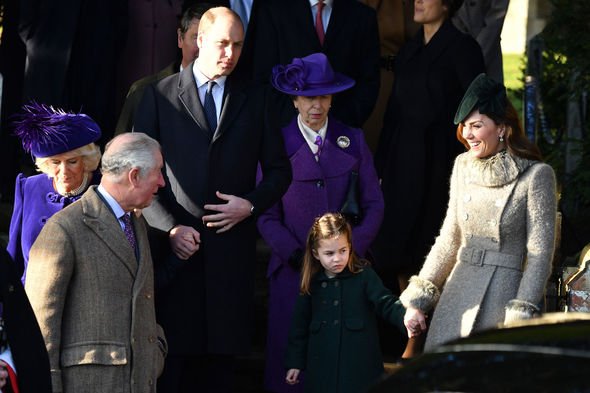 Later in January, the Duchess of Cornwall is expected to visit a service at the former Auschwitz-Birkenau camp in Poland for International Holocaust Remembrance Day.

On Wednesday, Princess Anne is scheduled to complete three royal engagements in London.

She will be visiting a branch of the Metropolitan Police, before attending an event at the Royal Yachting Association.