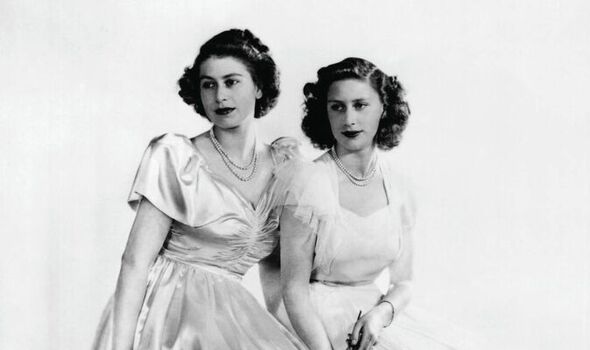 As Margaret’s biographer, Craig Brown pointed out: “Margaret was wild. Lilibet was tidy – she’d hop out of bed several times a night to make sure her shoes were straight and her clothes tidy.” Indeed, from the very earliest days, there was a rivalry between the two.

As a result, the princesses’ nursery didn’t always run on an even keel and they often fought – Elizabeth had a mean left hook, but Margaret liked to get in close and was known to bite.

“The elder girl seemed the more dignified,” recalled another biographer, Tim Heald, “and she was able to control her temper generally. Margaret was naughtier but adept at kissing and making up as if nothing had happened.”

The competition between the two was keen from the start.

While decisions over the girls’ early education were made with Elizabeth in mind, it was Margaret who proved the more precocious student – she would constantly try to narrow the age gap between herself and her sister.

When Lilibet started French lessons, Margaret (or Princess Margaret Rose, as she was known in the early days) would eavesdrop at the door and show off her superior accent in front of the King and Queen.

This led, in the early days, to Lilibet acting younger than her age, Margaret older.

“I wish Lilibet could get away from the little-girl atmosphere that Margaret inevitably gives her,” noted their friend Alathea Fitzalan Howard in her diary. “I adore Margaret but it’s such a pity she keeps her sister back.” 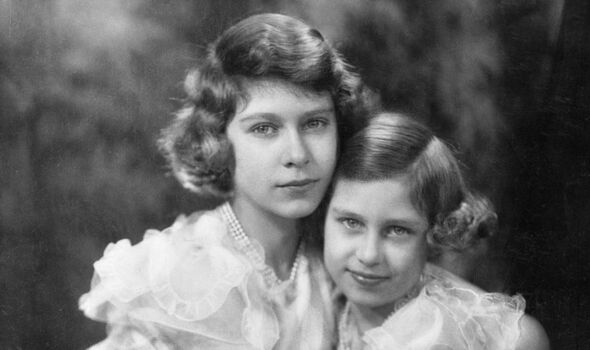 This situation perhaps wasn’t helped by their mother the Queen who dressed them as twins, made them share the same room, and attend the same activities.

Lilibet had the edge by getting horse riding lessons first, and being allowed an extra half-hour at bedtime.

In addition, the girls were constantly reminded of their unique position, and though friends were allowed – sometimes – to come to the royal family homes, King George VI was determined they should remain apart from mere mortals. “We Four” was how he described the family unit, meaning: “We are royal and everyone else isn’t.”

As they grew, it was Margaret who captured people’s attention first with her big piercing blue eyes, her bell-like laughter and her naughtiness.

She resented the fact that Lilibet, as future sovereign, was now getting extra lessons and would find ways to draw attention to herself by, for example, disappearing and sending her parents and staff into a near-panic until she appeared nonchalantly from hiding.

She would shatter her father’s anger by making jokes – on one occasion, she asked him, ‘Papa, do you sing ‘God Save My Gracious Me?’ “She could twist him round her little finger,” recalled one courtier.

“While Margaret rolled around with laughter, Elizabeth went into hiding, cringing with embarrassment while grudgingly admiring her sister’s nerve.”

The crucial part of the sisters’ upbringing was lived out at Windsor Castle during the Second World War, and quite soon a young blond naval officer came into their lives.

Prince Philip of Greece had been given the job of hosting the two young princesses when they paid a visit to Dartmouth Royal Naval College in 1939.

The prince was 18, Lilibet was only 13 – but old enough to be smitten by what she saw.

Later Philip, bronzed and toughened by war, came to visit Windsor Castle where he was sized up by the King and Queen as a possible future husband for Lilibet – he was, after all, a war hero – but there was little point, she’d already made up her mind he was the one for her.

At about the same time, onto the royal staff came a Battle of Britain flying ace called Peter Townsend. In 1945, at the war’s end, he was approaching his 31st birthday – Margaret was 15.

But as Lilibet had said, years before, “Margaret always wants what I want” – and history was about to repeat itself.

Margaret fell for the married father-of-two and nothing in her stubborn personality would permit anybody to dislodge this great new love. 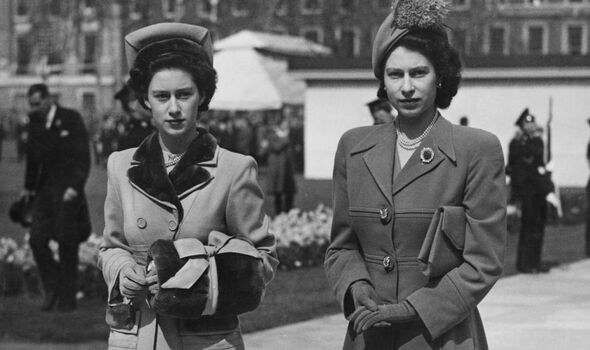 The Margaret/Townsend love scandal would not erupt for another eight years, just days after the Queen’s Coronation, but a question mark still remains over exactly when the ill-starred lovers became close.

As Queen, Elizabeth had to find some means of damping down her excitable sister’s passion, and on her orders he was exiled to Brussels for a year.

The parting was a harrowing one which drove a wedge between the two sisters – from Margaret’s standpoint, Lilibet had married her war hero, why shouldn’t she?

In the end, of course, Margaret married Tony Snowdon, the old Etonian photographer with a rackety past and a bohemian set of friends.

Was Lilibet just a tad jealous of her kid sister, with her freewheeling life of parties and jollity? By now she’d been slogging away at being the sovereign for seven years, and when Margaret and Snowdon tied the knot at Westminster Abbey on May 6, 1960, she was not in the best of humour.

Diarist Kenneth Rose described “her sulking Queen Victoria face throughout the entire service – not a ghost of a smile”.

But in the end, Lilibet ended up being much closer to Snowdon – who took some stunning pictures of her – than Margaret, who ended up hating her husband. 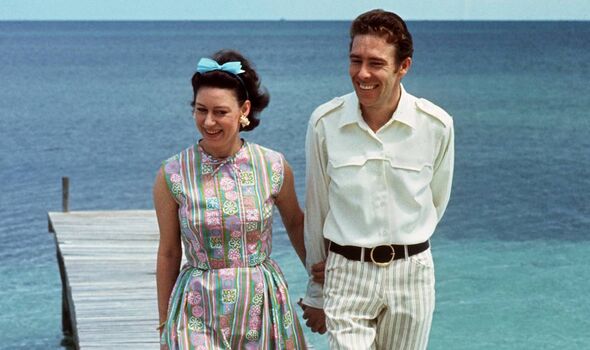 The Roddy Llewellyn affair which supposedly broke up the royal couple – in fact, Snowdon had hardly led a blameless life during the loyal marriage and was as much to blame – Lilibet approached with caution.

Initially, she banned him from royal premises and only at her sister’s 50th birthday party, six years after the relationship began, did she deign to acknowledge him for the first time.

Over the years the Queen had done everything possible to accommodate and welcome the men in Margaret’s life,” writes Andrew Morton.

“But not this one. The Queen drew the line at his perceived involvement in the first-ever royal divorce in well over 400 years.”

For the first time in their lives, the two sisters were in direct conflict.

But the problem was solved when Llewellyn backed out of the relationship and announced his engagement to another woman. “I’m really happy for him,” Margaret lied.

“Anyway, I couldn’t have afforded him much longer!” Margaret, the roistering, wayward, imperious kid sister of the Queen, never quite got over the fact that she’d always come second, and throughout her life would keep her waiting.

After falling by accident into a scalding bath while on her holiday island of Mustique, Margaret’s health deteriorated rapidly and soon she was confined to a wheelchair.

Her eyesight started to fail and eventually, she became blind. To fill the days, she would get her long-suffering lady-in-waiting Lady Anne Glenconner to read to her and she would listen to the radio.

One day Elizabeth came to visit her sister and stayed to tea.

“I stayed in the drawing room so they could have some time together,” Lady Anne recalls, “and the Queen went off to the bedroom to find Princess Margaret.

“Quite soon after she’d gone in, she reappeared. I asked if everything was all right, but she replied crossly that it wasn’t. ‘Margaret is listening to The Archers and every time I try to say something she just says ‘Ssssssh’.”

Lady Anne was unsurprised. Margaret’s defiant streak extended to her sister, even though she was the monarch. 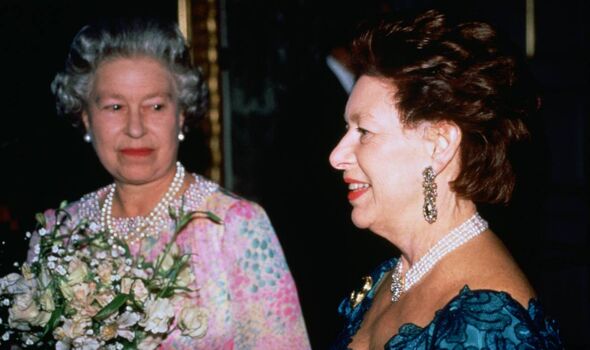 “I always noticed that she had a very subtle strategy for one-upmanship, which contributed to the constant bickering that went on between her and the Queen Mother.”

Ever resourceful, even in these tricky diplomatic circumstances, Lady Anne told the Queen to come back with her, strode into the bedroom and switched off the radio.

She poured tea and got the sisters talking, then quietly withdrew. It was to be one of the last conversations between the sisters – and it nearly didn’t happen.

Margaret’s funeral took place at St George’s Chapel, Windsor, in February 2002, 50 years to the day since her father’s funeral in the same place. It was to be the last outing for the Queen Mother – less than two months later, she died at the age of 102.

Fascinatingly, she had stipulated that she wanted to be buried with her father King George VI, but since the Queen Mother’s final resting place was to be beside her husband, and there was no more room, it was arranged that – uniquely for a major royal – she would be cremated so that her ashes could be buried with her mother and father.

Her sister, the woman she jousted so competitively with all her life, would have altogether a much grander end to her days.