Kate, 37, finished a long way ahead of Meghan, 37, despite the Duchess of Sussex featuring heavily in the media spotlight, following the birth of her first child Archie Harrison last month. The Duchess of Cambridge received a staggering 31 percent of the vote, compared to Meghan who trailed on just six percent. However Kate fell short of finding herself on top spot in the poll which surveyed 4,792 readers between 12.07pm on June 7 to 1.30pm on June 9.

The Queen, who officially celebrated her 93rd birthday at Trooping the Colour on Saturday, received a huge 42 percent of the vote.

Prince William, 36, and Prince Harry, 34, completed the top five and finished below Meghan, tied on 5 percent.

Yesterday during the pomp and pageantry, Meghan made her first public appearance since giving birth on May 6. 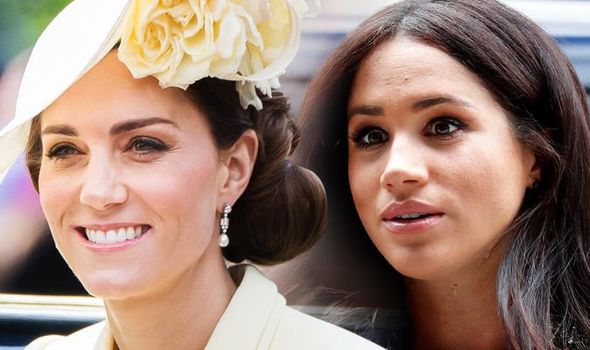 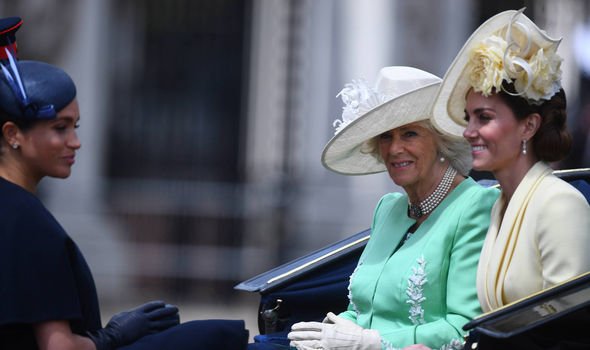 The Duchess, who is on maternity leave, arrived by horse and carriage and sat directly opposite Kate, despite ongoing reports of a Royal rift.

The pair, who are rarely seen on Royal engagements together, were joined on the procession by the Duke of Sussex and Camilla, Duchess of Cornwall.

The ride along the Mall to Buckingham Palace has been described as “rather tense” because of the Duchesses’ struggles to hide their true emotions, according to a body language expert. 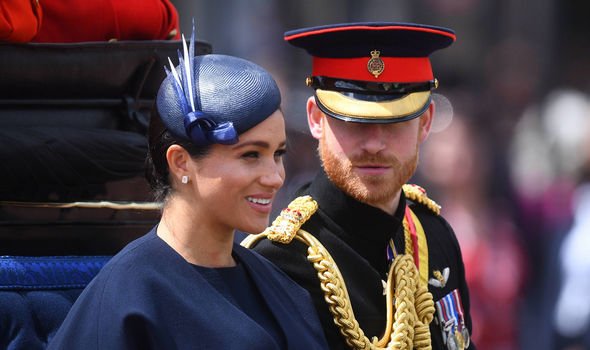 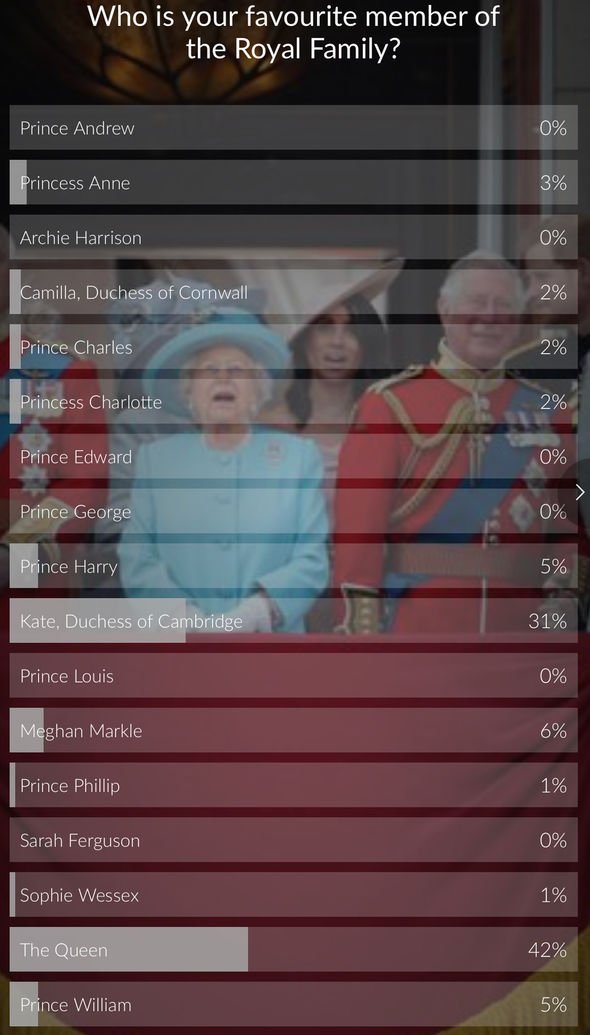 Judi James told The Sun’s Fabulous Digital: “Meghan’s return to front line duty involved what looked at times like a rather tense, but also smiling carriage ride down the Mall with Harry, Camilla and Kate.

“Kate’s posture was slightly self-diminished, curled in slightly and with her arms pulled into her sides and her hands clasped in her lap.

But just days ago Meghan got one up on Kate, after she was named in Vogue’s 25 Most Influential Women of 2019.

The Duchess of Sussex featured on the list celebrating remarkable females for the second successive year.

Meghan was described as “revolutionary” by the publication and labelled a “modern princess” for her continued charity work, her impact on the fashion industry and for being a role model for the younger generation.