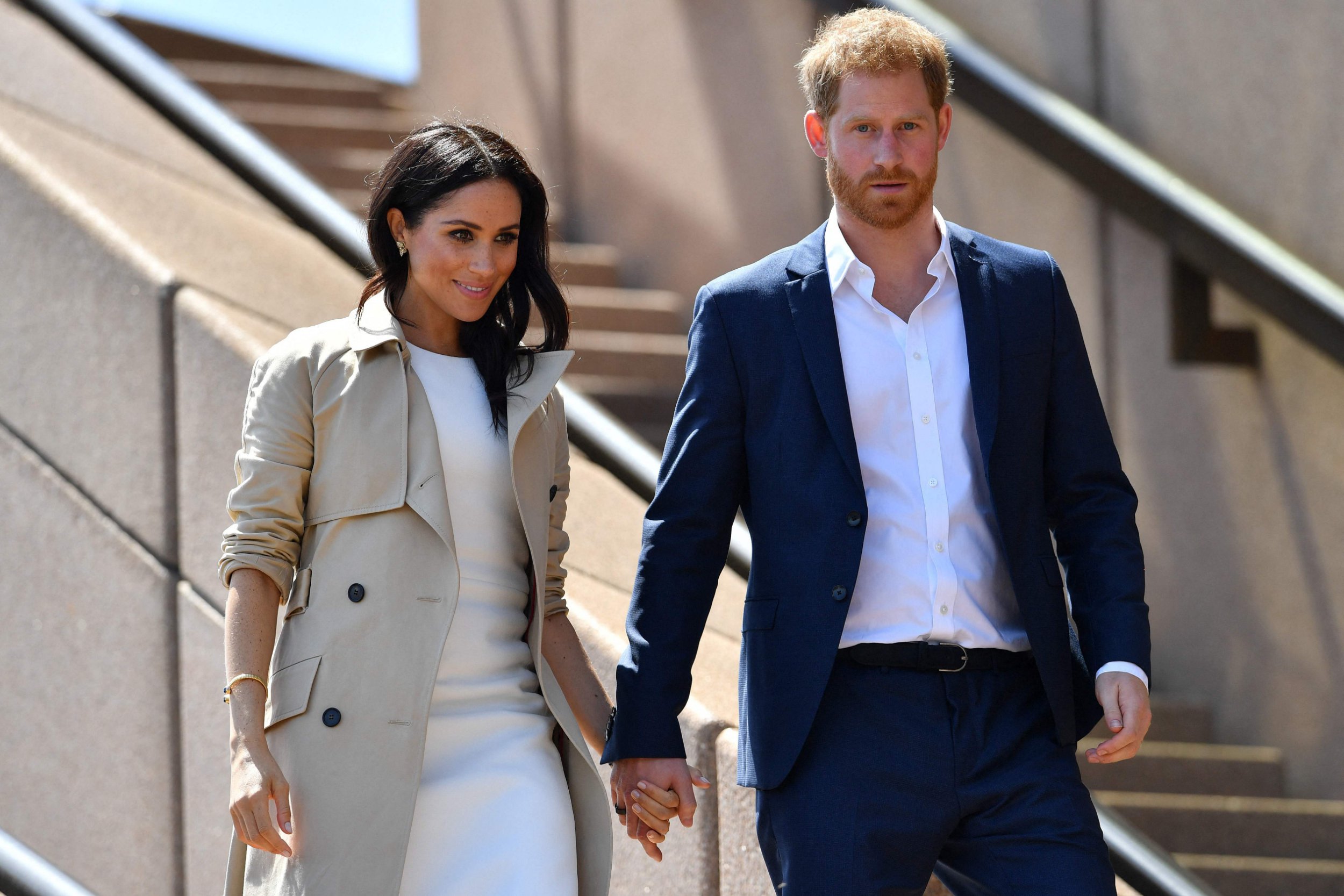 Palace courtiers have ‘genuine concerns’ Meghan Markle ‘could be booed’ at her next public appearance in the UK, it has been claimed.

A royal commentator said insiders fear the public’s reaction to the Duchess of Sussex attending an event in Britain amid heightened tensions following her Oprah Winfrey interview.

The chat last month saw Meghan and Harry make a number of explosive allegations against the royal family, including that an unnamed member made a racist comment about Archie’s skin colour.

Meghan also claimed she was not offered help when she opened up about feeling suicidal, while Harry said Prince Charlies stopped answering his phone calls and that his brother and father are ‘trapped’.

While many praised the couple for speaking out, their popularity ratings took a dip in UK polls as the monarchy was plunged into crisis.

Despite Harry’s attempts to make amends at Prince Philip’s funeral, insiders say the dust is yet to settle.

Some courtiers hope that William and Harry will be forced into a positive dialogue as they prepare for what would have been their late mother’s 60th birthday on July 1, where they are due to publicly unveil a statue of Diana.

It is not known if Meghan will join Harry for the talks as she is heavily pregnant with their second child.

He wrote in the Daily Mail: ‘It is unclear if Meghan, who is heavily pregnant with the couple’s second child, will be involved in those discussions and if she will consider making her first trip back to London since Megxit.

‘There are genuine concerns that she could be booed at an event attended by members of the public given her current unpopularity in the UK as a result of the Oprah interview.

‘All of those considerations are expected to make the conversations and negotiations fraught.’

Mr Wootton added that there was a bitter rift between Meghan and William in particular, which has previously been underplayed.

He quoted a senior royal insider who said: ‘Much has been made of the troubles between Kate and Meghan, and William and Harry – but perhaps the biggest strains now exist between William and Meghan.’

The source said tensions had been brewing for some time before the couple left the royal family, which William interpreted as a sign of disloyalty.

Meghan did not get a chance to heal the rift at Prince Philip’s funeral, as she was advised not to fly by her doctor.

The service on April 17 was Harry’s first appearance in the UK since Megxit.

He and William were pictured speaking as they walked up to Windsor Castle after the service at St George’s Chapel.

But insiders say there is ‘a long way to go’ before the pair reconcile.