Meghan and Harry’s first official trip to Africa together “isn’t a holiday”, as stated by a senior source who has been closely involved with planning the tour since March. In fact, upon arriving at Cape Town later this morning to kick start their 10-day tour, the couple will immediately head to a women‘s shelter rather than spend their first minutes in South Africa at a welcome ceremony.

The Duke and Duchess of Sussex made it clear to their aides they have travelled south to make an impact as big as possible and meet hundreds of South Africans, according to the insider.

Speaking at a press reception in Cape Town ahead of the beginning of the tour, the source told Vanity Fair: “This isn’t a holiday and they don’t want it to look like one.

“This has been months in the planning and a lot of hard work has gone into the schedule.

“Their Royal Highnesses want to do some serious work on the ground, particularly at a community level.” 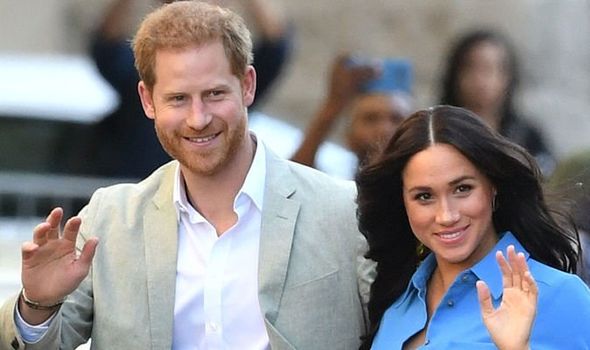 Meghan and Harry will take on as many as 86 official engagements in the next few days – including a solo visit by Meghan at Mothers2Mothers on Wednesday in Cape Town, an organisation helping parents living with HIV, added to the already packed schedule only a few hours ago.

While Meghan and Harry’s visits have been made public, it is unclear whether their firstborn Archie will take part in any official engagement or will be seen at all within the next days.

The family-of-three is travelling travel together across South Africa, focusing on Cape Town and Johannesburg.

Harry is also to make a number of solo trips to Botswana, Malawi and Angola.

The much-anticipated royal tour is also to mark an emotional moment for Prince Harry, who earlier this month revealed on Instagram he “can’t wait to introduce” Meghan and Archie to the continent often visited by his mother, late Princess Diana.

The Duke of Sussex will homage his mother’s work later this week, when he will travel to Angola to speak about the importance of continuing the de-mining work launched in the 1990s, also thanks to Diana’s campaigning.

Follow this latest blog for live update on the royal tour (all times in BST).

8.20am update: Meghan, Harry and Archie arrive in South Africa

The Duke and Duchess’ tour will officially start within a few hours, when they will touch down in Cape Town.

There, Meghan and Harry will view a workshop that teaches children about their rights, self-awareness and safety, and watch self-defence classes and female empowerment training for young girls in the community.