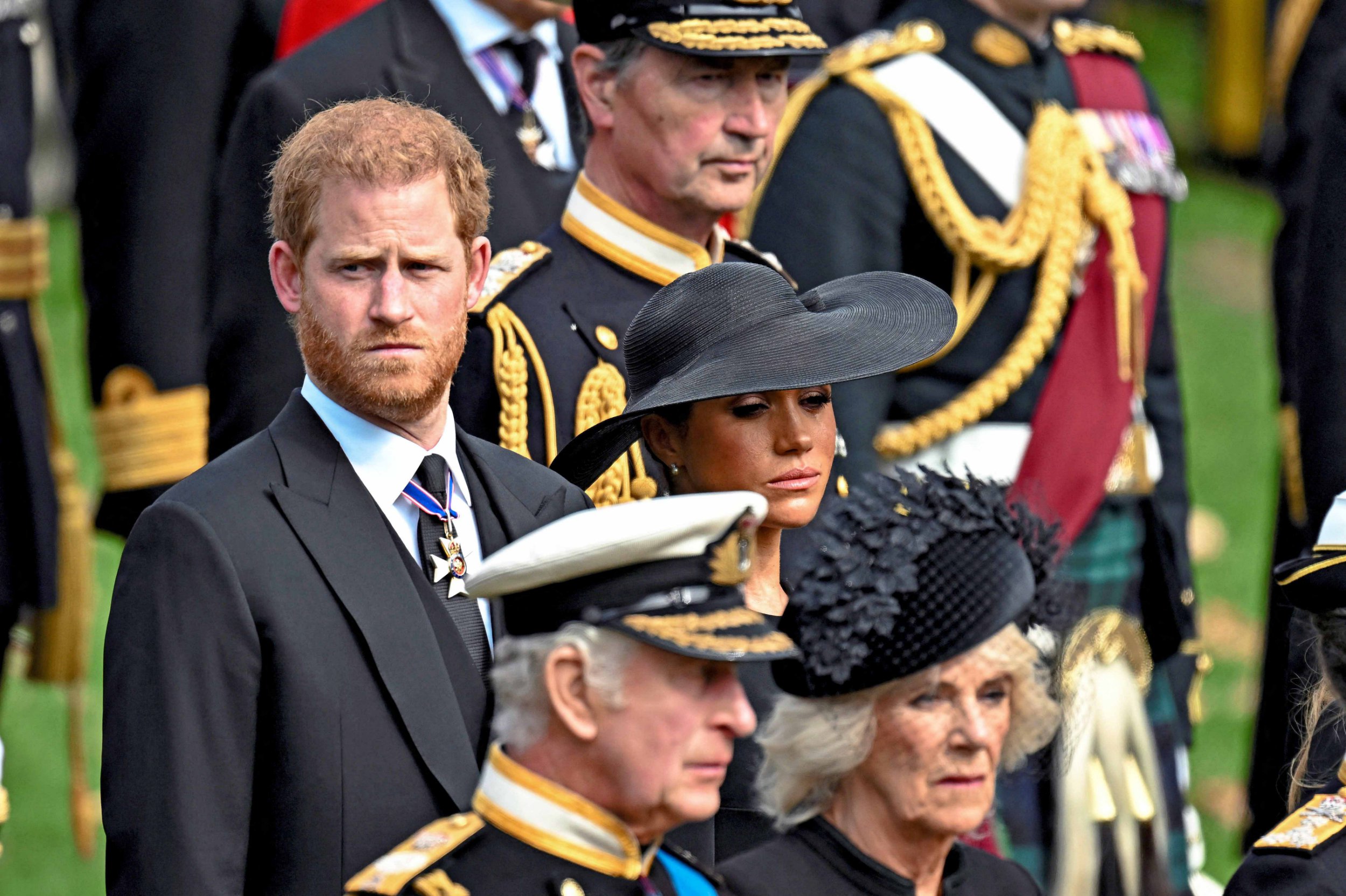 Prince Harry will not be welcome at the King’s coronation following the release of his bombshell memoir Spare, a source has claimed.

Senior royals are said to be worried their conversations will end up in paperback, The Sun reports.

It is still not clear whether Charles will formally invite his son or whether Harry will actually accept.

In an interview with Tom Bradby on ITV, Harry said ‘a lot can happen between now and then’.

The Royal Family have reportedly been taken aback and hurt by the level of detail Spare goes into.

The source said: ‘There have been discussions among the family, including Edward and Anne.

‘They do not want private conversations at the coronation making it into the paperback edition of Spare.’

The coronation, which will happen on May 8, is expected to be a small affair to reflect Charles’ ambition for a slimmed down monarchy.

Plans for the ceremony are yet to be published and the guest list has not been drawn up.

It was reported earlier this week Harry and Meghan will find ‘a reason not to go’.

It’s understood the couple have already been written out of any formal role they may have had.

An insider told The Independent Charles had resigned himself to the fact his son will not attend the ceremony.

Many of the senior royals have remained silent since Harry’s book came out, but Kate was pictured stony-faced behind the wheel of an Audi on Wednesday.

Charles also looked sombre behind the wheel of his car in Aberdeenshire, Scotland, on Wednesday.

Harry appeared on a variety of shows to promote the book, including in the US, where he has been seen downing tequila shots and revealing more details about life in the royal family.

He told the Late show he and Meghan were ‘forced’ to flee ‘our home country’ of Britain for ‘beautiful California’ because of ‘abuse and harassment’.

He then said: ‘We have created a fantastic life here in California, which by the way is beautiful, and America is a great place to live,’ before clinking glasses with Colbert to wild cheers.’

When speaking to Bradby, Harry considered rejoining the family with a partial royal role.

‘I don’t know whether they’ll be watching this [interview] or not, but, what they have to say to me and what I have to say to them will be in private, and I hope it can stay that way,’ he said, noting he doesn’t want ‘frank discussions [to] leak out’.

The Royal Family is unlikely to comment publicly about the allegations against them.