King Felipe was joined by Queen Letizia and their daughters Leonor, 14, and Infanta Sofia, 13, as he led a memorial to Spain’s coronavirus victims at the Royal Palace in Madrid on Thursday. During the ceremony, the Spanish royal gave a speech.

When he returned to his seat, heir to the throne Leonor helpfully tapped her father on the arm in an apparent reminder for him to put his face mask on.

Felipe appeared to thank his daughter as he re-fitted his face covering.

In his speech, the Spanish King told attendees who had lost loved ones in the coronavirus pandemic that he wanted to let them know ”you are not alone in your grief, it is a sadness that we all share, your grief is our grief”.

He said many of the coronavirus victims were older people who had “dedicated their lives to hard work so that their children could progress and to build the edifice of our democratic co-existence”, while others were “men and women with their whole futures ahead of them”. 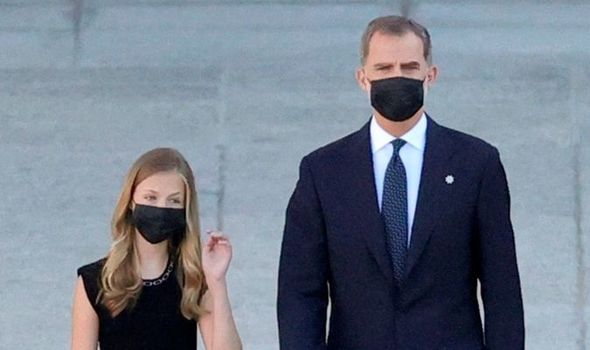 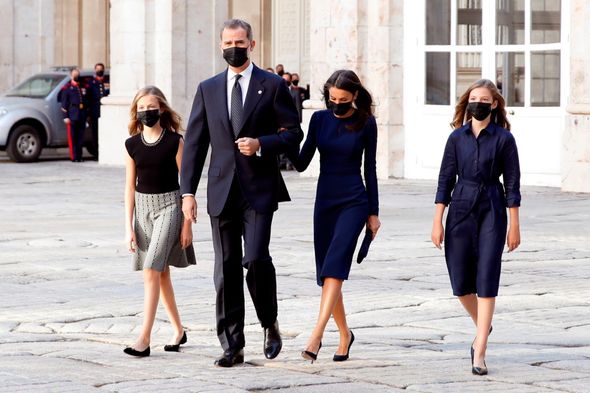 He also paid tribute to health workers saying “in such difficult conditions they have sustained the pulse of our country”.

The Spanish King added: “We have a moral obligation to always recognise and respect the dignity of those who died and a civic duty to promote the best values ​​underlying our society.”

During the memorial event, white roses were laid around a flame.

A minute’s silence was also held for the coronavirus victims. 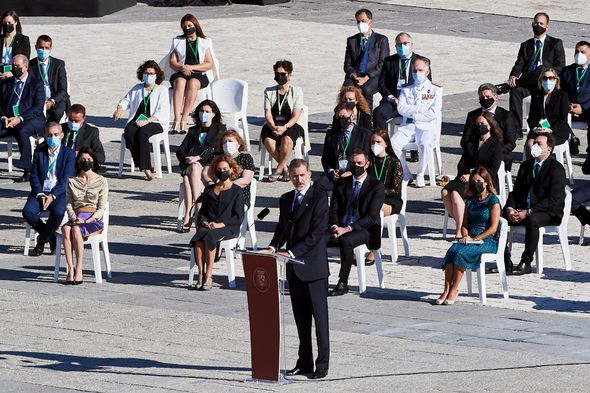 The ceremony was attended by 400 people including Prime Minister Pedro Sanchez.

The director-general of the World Health Organisation, Tedros Adhanom Ghebreyesus, was another attendee.

Social distancing measures were in place and face masks were worn. 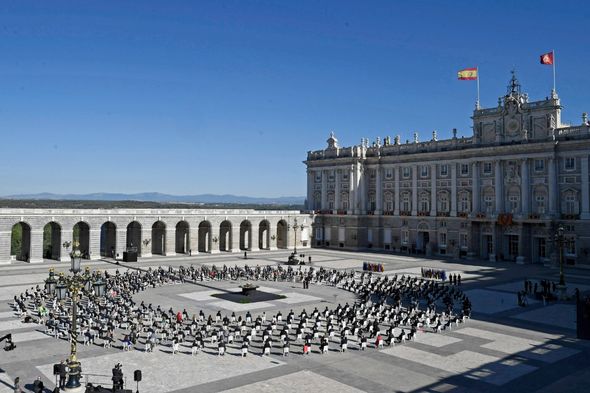 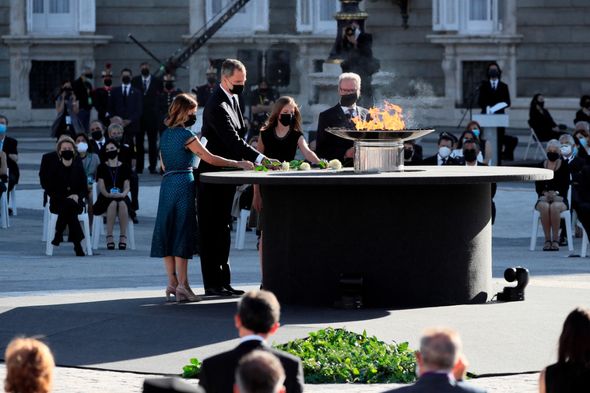 Spain has been badly hit by the coronavirus pandemic.

The country has reported 278,109 cases and 28,420 deaths, according to the latest figures from Reuters.

In an address to the nation in March, the Spanish King said: “This virus will not defeat us.

“On the contrary, it will make us stronger as a society.

“A society that is more committed, more caring, more united. A society that’s standing up against any adversity.”

Felipe added: “Over the years we have been through very difficult, very serious situations.

“But, like the previous ones, we will also overcome this one.

“Because Spain is a great country, a great people that does not give up in the face of difficulties.”