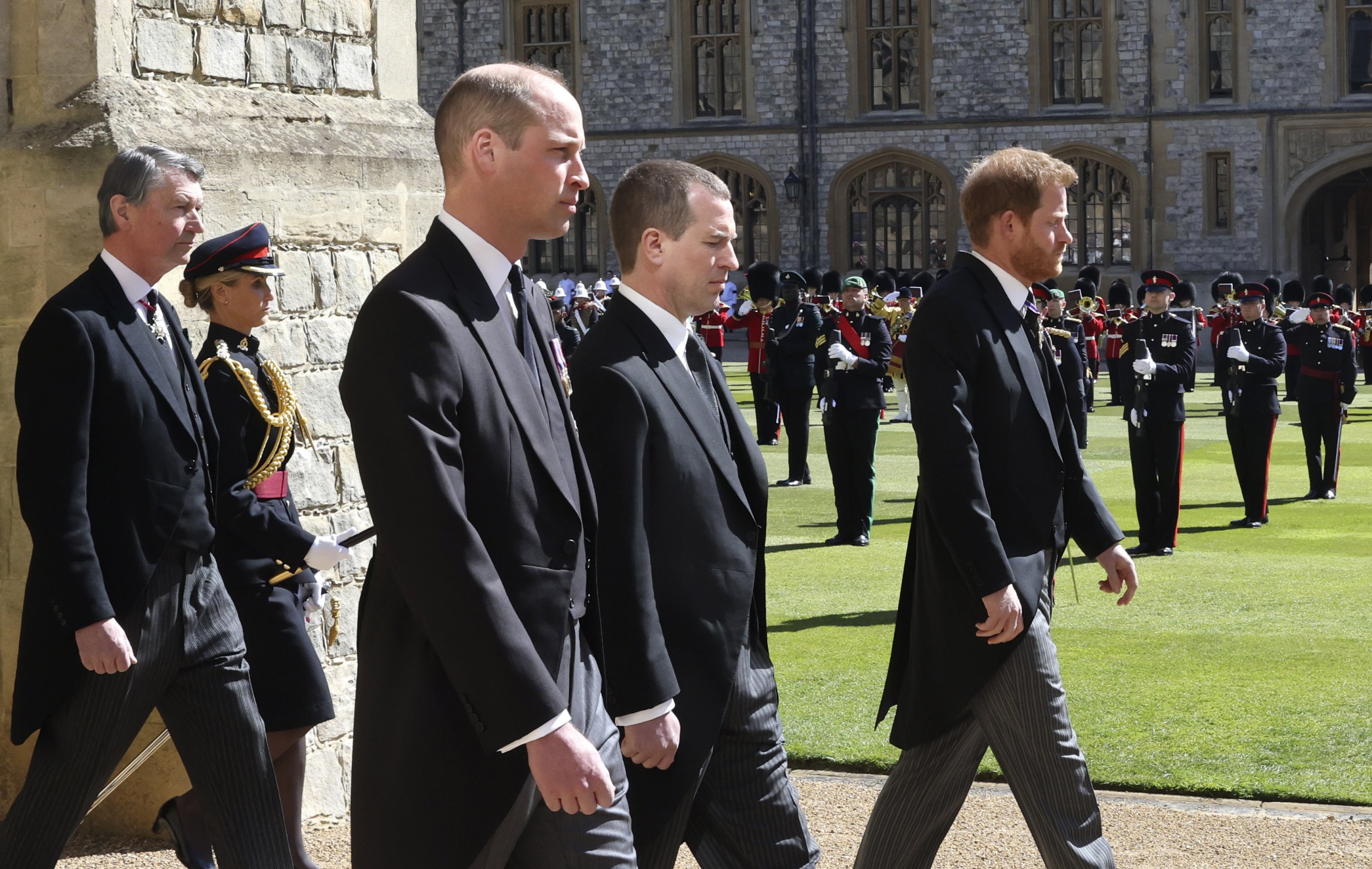 The royal family has entered a period of official mourning from now until seven days after the Queen’s funeral.

A statement from Buckingham Palace today said that a date for the funeral would be announced ‘in due course’, thought to be in the coming days.

Gun salutes will be fired at 1pm today in Hyde Park and the Tower of London as a mark of respect. One round will be fired for each year of the 96-year-old Queen’s life.

Details of a period of national mourning are expected to follow, with the government set to announce information on this at a later point.

The Palace statement said: ‘Following the death of Her Majesty The Queen, it is His Majesty The King’s wish that a period of Royal Mourning be observed from now until seven days after The Queen’s Funeral.

The royal family also opened an online book of condolences where those who wish can leave tributes to the Queen, who died yesterday aged 96.

The flags will remain half-masted until 8am on the morning after the final day of mourning.

Royal gun salutes today will be fired in Hyde Park by The King’s Troop Royal Horse Artillery and at the Tower of London by the Honourable Artillery Company.

Balmoral Castle and Sandringham House, The Queen’s private estates, will also close for this period.

In addition, Hillsborough Castle, the Queen’s official residence in Northern Ireland, will be closed.

People who want to leave tributes to the Queen outside royal residences such as Buckingham Palace were given guidance on how to do so.

At Windsor Castle, floral tributes can be left at Cambridge Gate on the Long Walk. These flowers will be brought inside the Castle every evening, and placed on the Castle Chapter grass on the south side of St George’s Chapel and Cambridge Drive.

At the Sandringham Estate, the Palace said members of the public are encouraged to leave floral tributes at the Norwich Gates.

At Balmoral Castle, floral tributes can be left at the Main Gate.

At the Palace of Holyroodhouse, members of the public can give floral tributes to the Wardens at the entrance to The Queen’s Gallery. Those flowers will be laid on the Forecourt grass in front of the North Turret of the Palace.

At Hillsborough Castle, floral tributes can be laid on the Castle Forecourt, in front of the main gates.

Information on Floral Tributes at other public buildings and locations will be issued by the Cabinet Office.