Footage captures the cattle amble through Cornwall’s longest tunnel after breaking free. Their farmer told Cornwall Live the cheeky animals were “determined to get up to some mischief”.

The Red Ruby Devon cattle broke through two fences on Monday evening and trekked along a former railway line, which connects two docks, used by the china clay industry.

Then the excited cows made their way through Pinnock tunnel, a disused railway tunnel which cuts through granite hills. The 1,073-metre passage in Cornwall used to take goods trains to and from small ports on the English Channel.

James Kittow, the cattle’s owner farmer and butcher, said: “They were safely hemmed in on the haul road so at no real risk of harm but were obviously determined to get up to some mischief.” 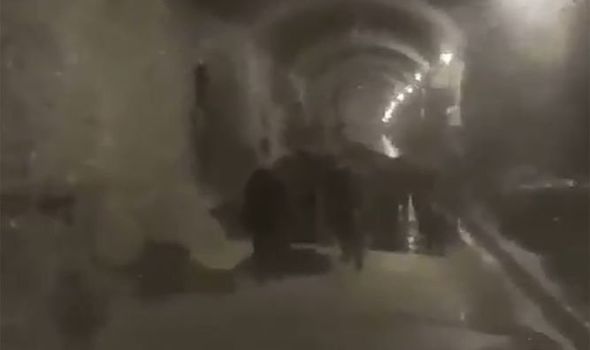 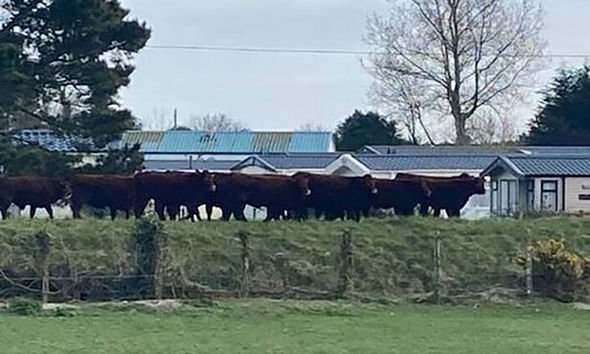 James is the fifth generation of the Kittow family to tend to the land and supply the community with meats from Kilhallon Farm, near Par, since 1880.

The man, Cornwall’s reigning Farmer of the Year, added: “Fortunately, it is a very rare occurrence indeed that our stock gets out. These youngsters had just been put out to graze for the first time, having spent the winter out of the elements in the barn.

“Thankfully once we were alerted that they had got out we were able to round them and get them back to their field again near Fowey where they are happily grazing once again, with no ill-effects from their adventure.

“We’re absolutely rushed off our feet supplying our customers for Easter, so we could have spent the few hours rounding these escapees up doing something more productive.

“However, this incident proves that a typical day in the life of a farmer is varied and certainly never dull.”