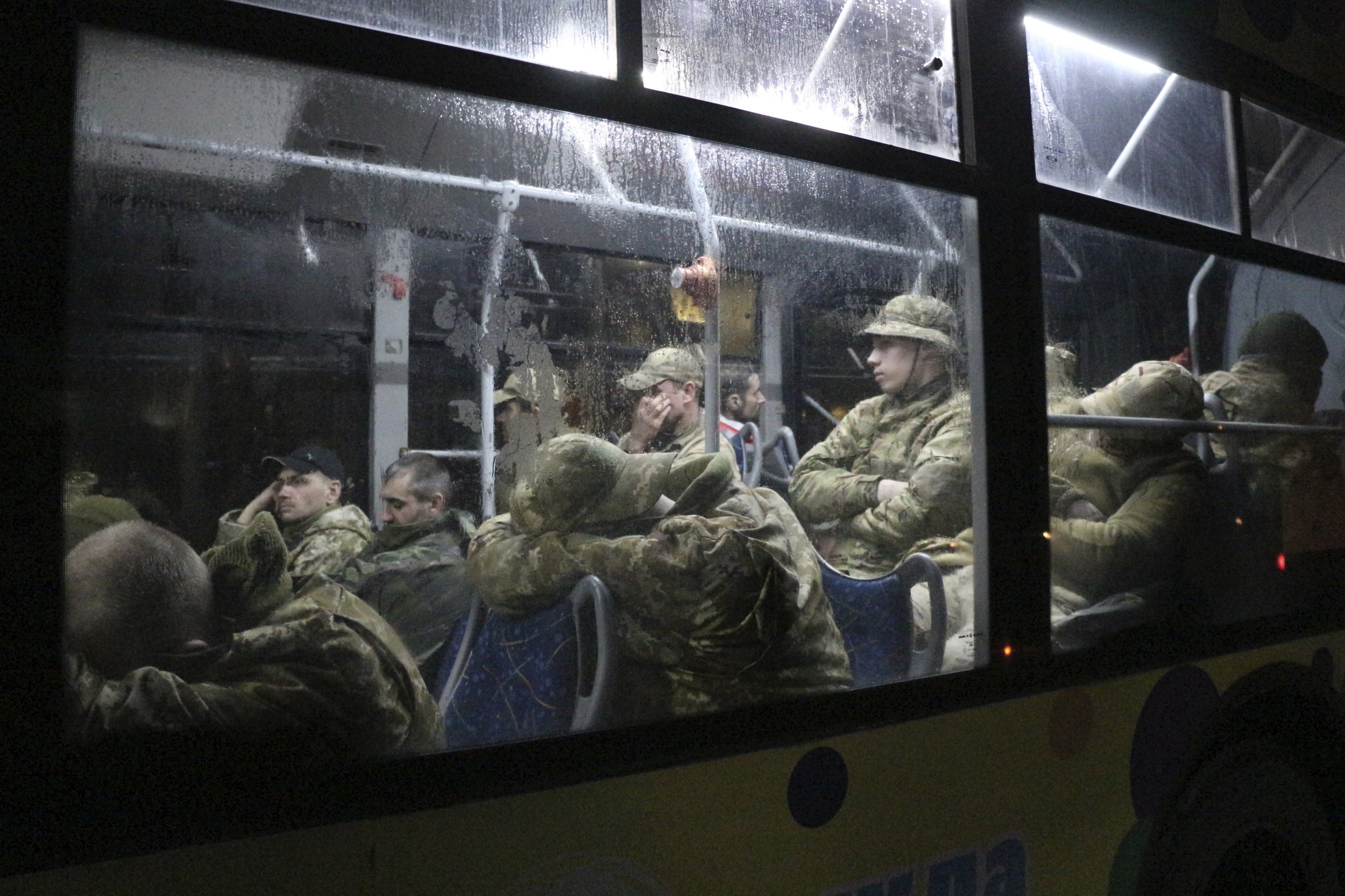 If confirmed, this would give Putin’s forces complete control of the port city, where defenders had held out for weeks at the large industrial site.

Russia’s defence ministry said: ‘The territory of the Azovstal metallurgical plant[…] has been completely liberated.

‘The underground facilities of the enterprise, where the militants were hiding, came under the full control of the Russian armed forces.’

They showed a video claiming to show this in motion, with a line of unarmed men approaching Russian soldiers outside the plant and giving their names.

Each man and their possessions was then searched, with Russians also appearing to be asking the defenders to show their tattoos.

Ukraine ordered the garrison still there to stand down on Monday.

Moscow calls the Azov Regiment who were defending the steel plant Nazis.

The unit, formed in 2014 as a militia to fight Russian-backed separatists, denies being fascist, and Ukraine says it has been reformed from its radical far right origins.

President Volodymyr Zelenskiy said today that the defenders had been told by Ukraine’s military that they could get out and save their lives.

The Ukrainian government calls the defenders heroes, saying their stand helped tie down Russian forces and allow Ukraine to succeed elsewhere on the battlefield.

Zelenskiy said Ukraine’s air force had tried to fly in supplies to Mariupol but had been beaten back, taking major losses.

‘A very large number of our pilots died, sadly,’ he told Ukrainian television.

‘They were absolutely heroic people who knew it was hard, that to fly in there was almost impossible, to fly to Azovstal with medicine, food, water, and to bring back bodies and the wounded.’

Ukrainian interior ministry adviser Anton Gerashchenko said the defence of the plant would be taught in military schools for years to come.

Those inside had no clean water, only enough food for one meal a day, and virtually no medical supplies, he said.

‘Do you understand what it is to amputate a limb without anaesthetic? What you see in Hollywood horror movies is nothing compared to what the defenders of Azovstal saw and endured,’ he told Ukrainian television before the Russian announcement.