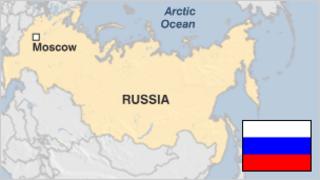 Russia – the largest country on earth – emerged from a decade of post-Soviet economic and political turmoil to seek to reassert itself as a world power.

Income from vast natural resources, above all oil and gas, helped Russia overcome the economic collapse of 1998, but the oil price slump of 2014 ended the long run of prosperity.

Vladimir Putin – Russia’s dominant political figure since 2000 – has enhanced his control over state institutions and the media – a process supplemented more recently by an emphasis on fierce nationalism and hostility to the West.

Vladimir Putin has been Russia’s dominant political figure since his election as president in 2000, serving two terms and then a four-year stint as prime minister, before resuming the presidency in 2012 and winning re-election in 2018.

Since his re-election against only token opposition, Russia’s authorities have further tightened control over the media, thereby muffling an embryonic opposition movement.

He has also and adopted a stridently nationalist course and appealed to memories of Soviet-era power to shore up domestic support.

The president presents himself as a strong leader who took Russia out of the economic, social and political crisis of the 1990s, and defends Russia’s national interests, particularly against alleged Western hostility.

Opponents and critics at home and abroad accuse him of undermining Russia’s institutions, halting democratic development, and entrenching rule by a narrow, wealthy elite.

Russian TV is dominated by channels that are either run directly by the state or owned by companies with close links to the Kremlin.

The government controls Channel One and Russia One – two of the three main federal channels – while state-controlled energy giant Gazprom owns NTV.

TV is the main news source for most Russians. There is a fast-growing pay-TV market, led by satellite broadcaster Tricolor. The government is undertaking a project to bring digital TV to every Russian home.

Some key dates in Russia’s history:

1547 – Grand Prince Ivan IV of Moscow (Ivan the Terrible) is the first ruler to be proclaimed Tsar of Russia.

1798-1815 – Russia takes part in the European coalitions against Revolutionary and Napoleonic France, defeating Napoleon’s invasion in 1812 and contributing to his overthrow.

1853-57 – Russia suffers setback in attempt to seize territory from declining Ottoman Empire through its defeat in Crimean War.

1904-05 – Russian expansion in Manchuria leads to war with Japan – and the 1905 revolution, which forced Tsar Nicholas II to grant a constitution and establish a parliament, the Duma.

1914 – Russian-Austrian rivalry in Balkans contributes to outbreak of First World War, in which Russia fought alongside Britain and France.

1945 – Allied victory over Nazi Germany is followed by swift establishment of Soviet hegemony in Central and Eastern Europe, and Balkans. The end of the war sees the start of decades of Cold War rivalry with the West.

1991 – Russia becomes independent as the Soviet Union collapses and, together with Ukraine and Belarus, forms the Commonwealth of Independent States, which is eventually joined by most former Soviet republics.

2000 – Prime Minister Vladimir Putin takes over as president on the resignation of Boris Yeltsin, begins steady re-orientation of Russia away from democracy and cooperation with the West towards a more nationalist and authoritarian politics.

2018 – Vladimir Putin elected to fourth term as president in contest with minor candidates.