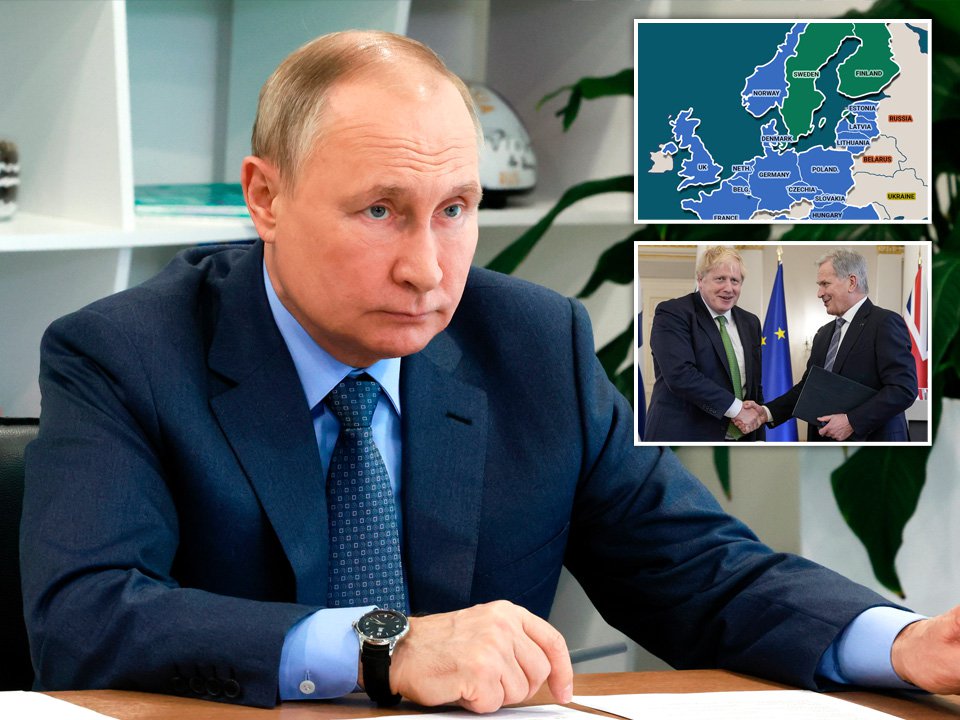 The Kremlin has said Finland’s decision to apply for Nato membership is ‘definitely’ a threat to Russia and issued a chilling warning that the move would be met with ‘retaliatory steps’.

Finland’s president and prime minister said on Thursday their country must apply to join the military alliance ‘without delay’ in the wake of Russia’s invasion of Ukraine.

Sweden, which has close historic and military ties with its Nordic neighbour, is expected to announce it too will apply for membership within days.

Moscow has repeatedly warned of ‘serious consequences’ if the two countries join Nato, saying it would have to bolster its forces in the Baltic Sea, and raised the possibility of deploying nuclear weapons in the area.

Kremlin spokesman Dmitry Peskov was asked during a conference call with reporters whether the steps taken by Finland to join presented a threat to Russia.

He said: ‘Definitely. Nato expansion does not make our continent more stable and secure.

‘This cannot fail to arouse our regret and is a reason for corresponding symmetrical responses on our side.’

‘Russia will be forced to take retaliatory steps, both of a military-technical and other nature, in order to stop threats to its national security arising.’

It comes after one of Putin’s closest advisers warned Western leaders to stop supplying arms to Ukraine.

Former president Dmitry Medvedev, Putin’s deputy on the powerful national security council, said their increasing military support could lead to a confrontation between Russia and Nato.

He added in a Telegram post: ‘Such a conflict always has the risk of turning into a full-fledged nuclear war. This will be a disastrous scenario for everyone.’

Putin has cited potential Nato expansion as one of the main reasons behind his ‘special military operation’ in Ukraine.

Ukraine has long sought membership, although it has lately offered to accept some form of neutral status as part of peace talks.

Nato describes itself as a defensive alliance, built around a treaty declaring that an attack on one member is an attack on all, which effectively grants US allies the protection of American superpower might, including its nuclear arsenal.

Moscow regards that as a threat to its influence in neighbouring countries.

But Putin’s decision to invade Ukraine has caused a shift in public opinion in the Nordic region, with political parties that had backed neutrality for generations now coming to embrace the view that Russia is a menace.

When asked whether the move to apply for Nato membership would provoke Putin, President Sauli Niinisto said: ‘My response would be that he caused this. Look at the mirror.’