Russia has lashed out at Britain’s ‘opulent’ celebrations to mark the Queen’s Platinum Jubilee.

A Moscow state television broadcast suggested events to honour Her Majesty’s 70-year reign were an attempt to mask a country in decline – claiming living standards have slipped due to sanctions imposed against Vladimir Putin over his war with Ukraine.

The Queen, 96, had overseen the ‘final collapse’ of the British Empire, the evening news on Kremlin-controlled channel, Rossiya-1, broadcast in a report from London.

The station told viewers: ‘The UK, which as a consequence of its sanctions against Russia is bracing for power cuts, has found the money for an opulent celebration of the Queen’s Platinum Jubilee.

‘The reign of Elizabeth II has seen the final collapse of the British empire.’

Sinn Fenn’s historic election victory in Northern Ireland posed a ‘great threat to the realm’, paving the way for a united Ireland, the Russian channel claimed.

‘The imperial functions of the Anglo-Saxon world long ago passed to the United States, even though Boris Johnson is trying to revive British influence on the European continent by actively interfering in events in Ukraine,’ the report said.

‘(The aim is to) deflect attention from domestic problems like Downing Street parties during lockdown and a general decline in living standards.’ 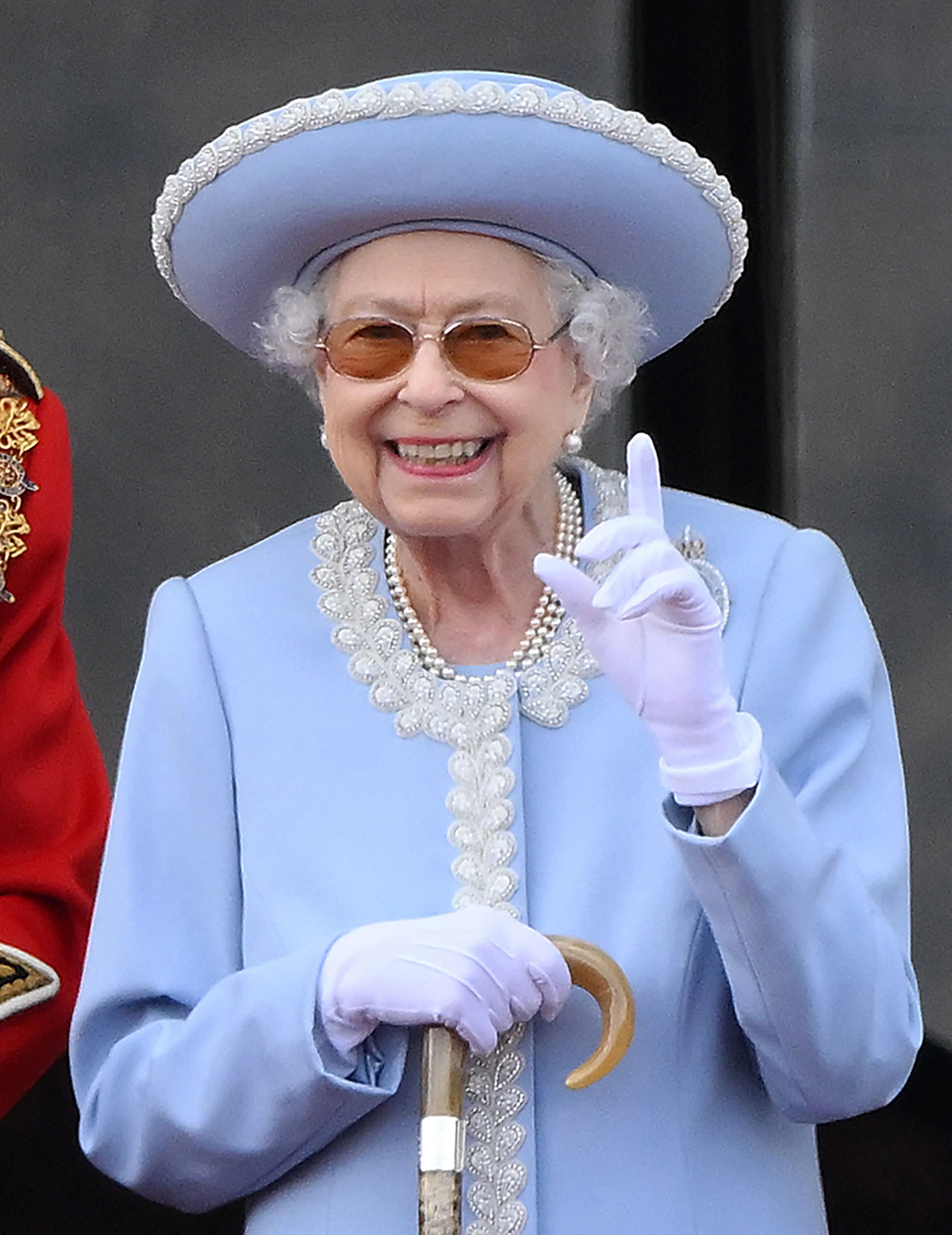 The report also highlighted how some Caribbean nations wanted to remove the Queen as head of state and become a republic, amid demands for apologies and reparations over Britain’s colonial legacy.

Barbados cut ties with the monarchy at a ceremony in November last year while Jamaica has ‘already started the process’ and Antigua and Barbuda has also signalled its intention to one day become a republic.

However, millions of royal fans across the globe have joined in the festivities to celebrate the Queen’s record-breaking milestone.

Thousands draped in Union Jack flags descended on The Mall to catch a glimpse the pomp and pageantry on show, with revellers queuing for hours to secure a prime viewing position.

And unlike the Kremlin, many world leaders have sent their best wishes to Her Majesty – including President Joe Biden and North Korean leader Kim Jong-Un, who sent a letter ‘congratulating the Queen and the British people’.