More than 2,000 soldiers parachuting from 20 aircrafts landed in darkness just miles from Vladimir Putin’s borders in Estonia, Romania and Bulgaria during a secret part of the sensitive war games, called Swift Response. Russian forces had tracked the planes – which included six US C-17s carrying 200 British Paras – with interception units on the Baltic border. They then mounted a mass jamming operation aimed at forcing commanders to abandon the exercise.

But the effort failed when the US deployed three special C-130  Hercules “air interdiction” aircraft , codenamed “Ghostrider”  and packed with directional infrared countermeasures and a team of cyber experts capable of jamming any computer network.

The Russian electronic attack took place as the multi-national force joined a larger Nato exercise, Defender Europe,  which boasts 30,000 troops from 26 nations and aims to reinforce the Baltic States.

Last night one senior US military source said:“The Russians are very capable and are constantly testing their systems. Their aim was to shut down the link between the ground and the aircraft which would have forced us to abandon the jump, but they failed.

“We put three EW (electronic warfare) aircraft in the air ahead of the stream and were able to target the network attack and shut them down instead. 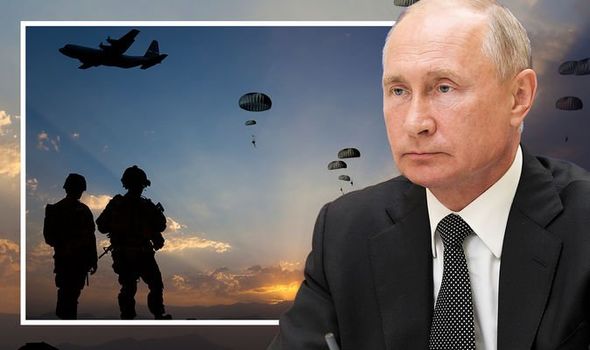 “Our capability to counter these efforts has improved significantly in the past five years.”

The exercise, a training response to an incursion by Russian forces, included paratroopers from the Netherlands, Germany and Romania dropping from more than 18 aircraft, escorted by fighter aircraft, refuelling tankers and command aircraft.

More than 200 Paras from 2nd Battalion the Parachute Regiment, who form the lead element of the UK’s high readiness quick reaction Airborne Task Force, flew 4,600 miles from Fort Bragg in an 11-hour flight to mount the strategic display of combat capability.

Joined by elements of the 82nd Airborne Division – using a new generation of American T-11 parachutes – they landed in Estonia, just 70 miles from the Russian border and 150 miles from Vladimir Putin’s home city of St. Petersburg.

The attempt comes in a fortnight which has seen a plethora of state-sponsored cyber attacks. 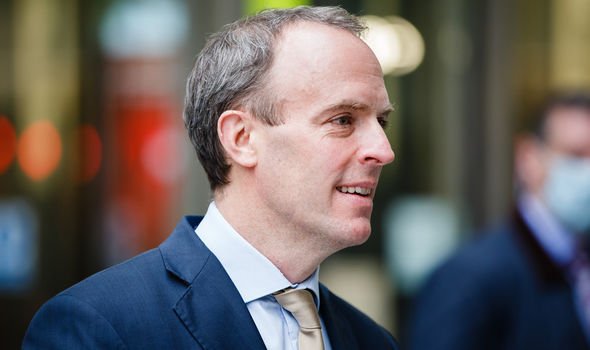 These include a ransomware attack on the Colonial pipeline, the US’ biggest fuel pipeline. Claims by US president Joe Biden that Russian involvement was not necessarily state sponsored were countered by experts who say there is no longer a distinction by cyber attacks sanctioned by Moscow and those carried out by proxies on its  behalf.

On Wednesday Foreign secretary Dominic Raab challenged Russia to take control of its criminal groups adding that Moscow “can’t just wave their hands and say it’s nothing to do with them”.

But Russia was also on the receiving end, with China targeting its Rubin Design Bureau in St Petersburg -its biggest submarine design centre- with malicious software.

And last night it was still not known whether the cyber attack on Ireland’s health service – described as  “the most significant cybercrime in the history of the State:” and which has brought the HSE to a standstill – was state-sponsored or just the work or a rogue criminal organisation.

But last night experts warned that the NCF, which will boast 3,000 staff once it’s properly up and running, may not prevent such attacks.

“Unlike the North Korean- sponsored Wannacry attacks, which targeted more than a hundred nations, the attack on the HSE seems limited to Ireland which suggests it may be the work of an organised crime group,” said Dr Danny Steed, Research Fellow in cyber security at the Henry Jackson Society think tank.

“The NCF has degraded ISIS cyber capabilities on the back of military operations.

“But allowing it to go after organised criminal groups in foreign states – including those in allied nations – because we cannot get them under control in other ways will pose some very difficult legal, ethical and policy challenges for us.”