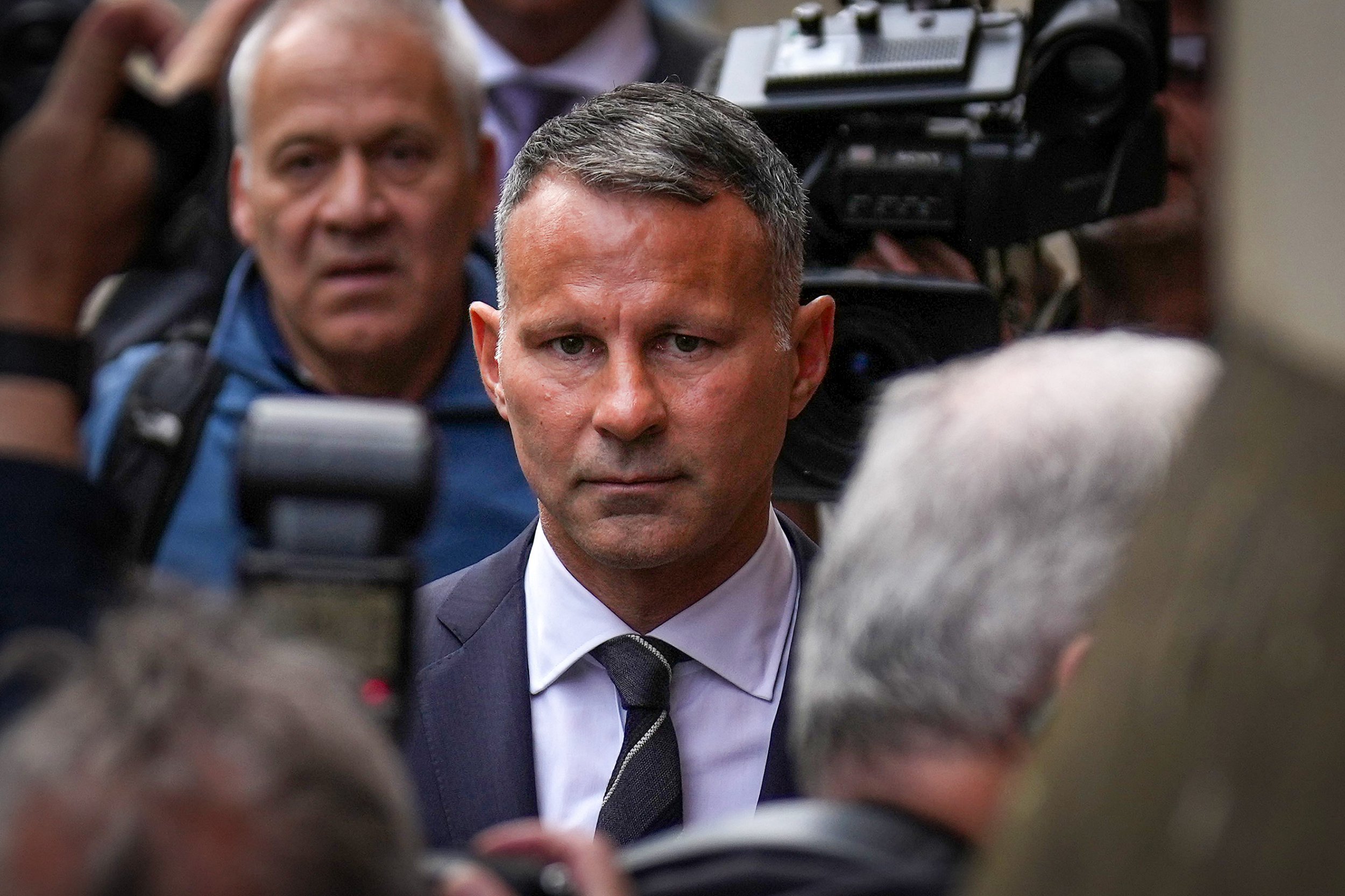 Ryan Giggs was idolised by adoring fans – but off the pitch, there was a much uglier and more sinister side to his character, a court has heard.

The former Manchester United footballer was greeted by a scrum of photographers as his trial for alleged domestic abuse offences against his ex-girlfriend began on Monday.

He is accused of attacking Kate Greville on November 1, 2020. He denies assaulting her at his home in Worsley, as well as her younger sister Emma during the same incident.

The ex-Wales manager is also accused of controlling and coercive behaviour against Ms Greville between August 2017 and November 2020.

Opening for the prosecution at Manchester’s Minshull Street Crown Court, Peter Wright QC named the case ‘a story of control and coercion of a woman who thought she was loved and respected, [when] sadly the reality was very different’.

‘He was idolised by his adoring fans and supporters. On the pitch his skills were abundant and a thing of beauty’, Mr Wright said.

‘Off the pitch in the privacy of his own personal life at home or behind closed doors, there was, we say the facts reveal, a much uglier and more sinister side to his character.

‘This was a private life that involved a litany of abuse, both physical and psychological, of a woman he professed to love.

‘A woman who, in reality, was, if the evidence is to be believed, treated in a way that cannot be excused or overlooked, by either an adoring public, or the law.

‘This is a story of control and coercion of a woman who thought she was loved and respected, sadly the reality was very different.’

After Ms Greville decided to break up with Giggs, he ‘lost control’ and headbutted her on November 1, the jury was told.

Mr Wright said: ‘Eventually after years of turbulence, when the scales fell from her eyes, she realised she needed to remove herself from his sphere of influence.’

A previous hearing heard allegations Giggs threw his naked then-girlfriend out of a hotel room and kicked her in the back during a row.

The prosecution also alleges he threatened to disclose details of their sexual relationship to friends and employers and turned up at Ms Greville’s home, work and gym when she tried to end the relationship.

When he was charged, Giggs said he would ‘look forward to clearing my name’ and has previously pleaded not guilty to all the charges.

He stood down from his international coaching role after a period on gardening leave which began following his arrest.

The 48-year-old appeared in the dock and identified himself to the clerk as the judge came into court shortly before 11am.

A jury of seven women and five men have been sworn in as jurors after they were asked if they have any personal connection to a series of people who may feature in the trial. The list included Sir Alex Ferguson and Gary Neville.