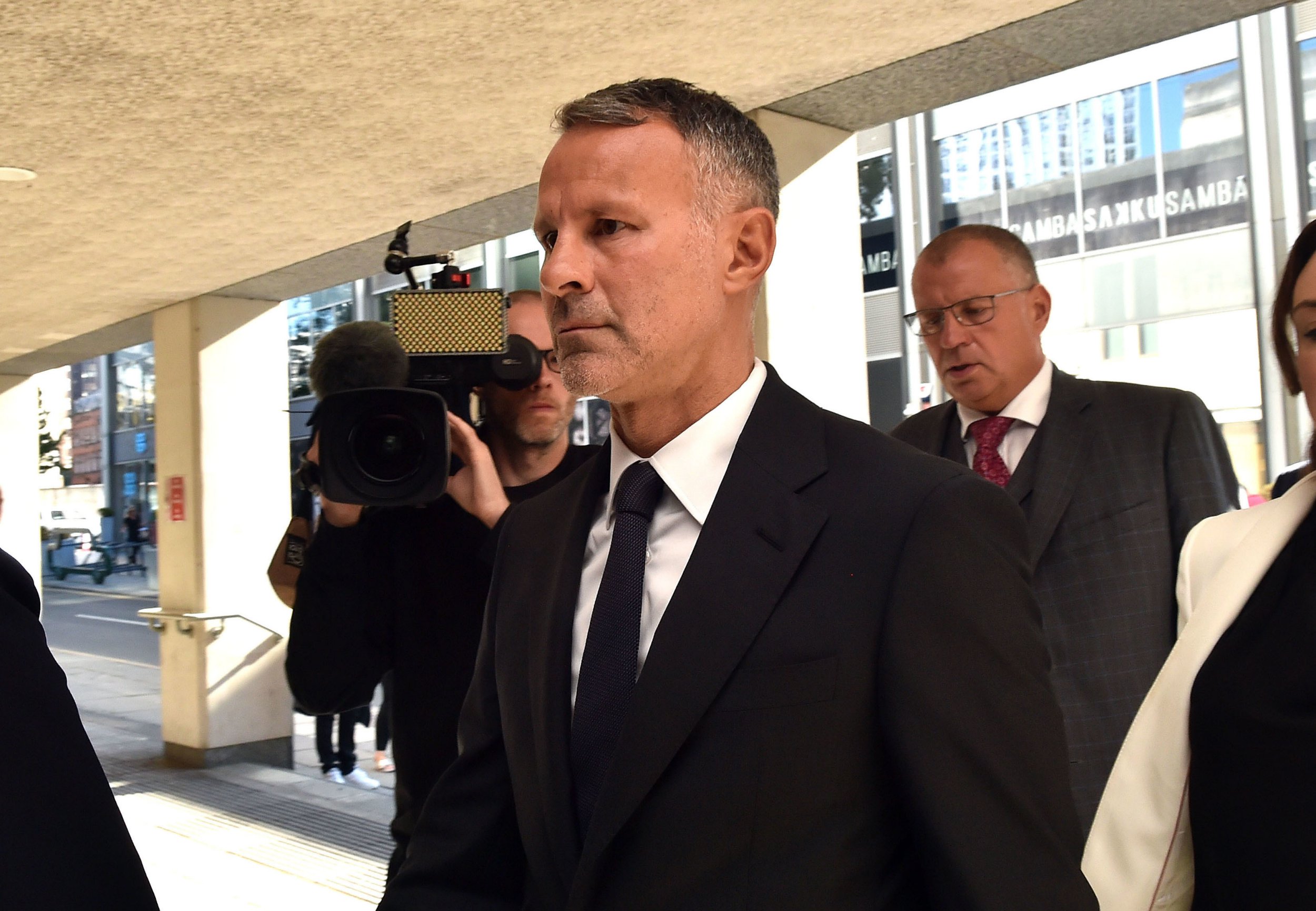 Ryan Giggs’s ex-girlfriend became ‘a slave to his every need and every demand’ during their controlling relationship, a court has heard.

Kate Greville, 36, told jurors on Wednesday that when the former Manchester United footballer told her to do something, she would do it.

During cross-examination by Giggs’s barrister Chris Daw QC, the PR executive said: ‘He made me feel like I had to do what he said otherwise there were consequences.’

Giggs, 48, denies using controlling and coercive behaviour against Ms Greville between August 2017 and November 2020, assaulting her, causing actual bodily harm and the common assault of her younger sister.

The court heard that Ms Greville gave a statement the day before the start of the trial in which she said she had felt like ‘a slave’ to the defendant.

She said: ‘That is what it felt like. When Ryan said do something, I would do it.’

The complainant agreed that she has made a number of witness statements to police following the alleged assault in November 2020, including two in the last week.

Mr Daw asked: ‘In the course of those statements, did you tell the police the whole truth?’

Mr Daw followed, ‘Have you ever told any lies to the police about anything?’, to which Ms Greville answered: ‘No.’

He went on: ‘Have you ever told lies to anyone else – your family and friends – in relation to this case?’

The defence barrister said: ‘It’s your position, is it not, that in effect he almost manipulated you into entering a relationship in the first place – a degree of mind games?’

Ms Greville said: ‘I was in a vulnerable position, and he played on it.’

Mr Daw said: ‘This was not just two consenting adults, both equally married at the time, who embarked on an affair?’

The witness replied: ‘There was a degree of imbalance on my side because of the situation I was in with my ex-husband.’

She told the court that Giggs’s alleged controlling behaviour also affected her friendships and that ‘he isolated me from certain people’, adding he also ‘interfered with my ability to interact with my family’.

Ms Greville told the court that violence by Giggs was ‘not regular’, and he would use aggression more as a form of control.

Mr Daw asked: ‘Do you say he undermined your confidence, your self-esteem and was disparaging to you generally in those ways?’

She said: ‘Yes, on the whole he was, but on the other side it was like two extremes. Other times he would give me confidence.

‘He was not constantly awful, not constantly horrible. It was hot and cold. Two different people. The result of his behaviour … undermined my self-confidence.’

Mr Daw asked: ‘Are you planning on seeking a large sum of compensation when this is over?’

‘For what?’ Ms Greville replied.

On Tuesday, she told jurors that Giggs grabbed her by the shoulders and headbutted her in November 2020 after she earlier confronted him about his serial cheating.

She said in the lead-up to the alleged assault, she had learned he had had ‘full-on relationships’ with eight women while they were together.

The discovery of messages ‘going back years’ on the former Wales international’s iPad prompted her to decide to leave him, she said.

Prosecutors say Giggs was idolised for his skills on the pitch but behind his public persona had an ‘uglier and more sinister side’.

Jurors were told the former footballer’s private life involved a ‘litany of abuse, both physical and psychological, of a woman he professed to love’.

He won 64 caps for Wales and is co-owner of League Two side Salford City.