Around 30 tourists were furious as Ryanair officials explained they had no proof of Spanish residency. This was required by the Spanish government for people to travel to the country at the time due to COVID-19 restrictions. Spain has since opened its borders to visitors from countries that have low infection rates, Derbyshire Live reports.

Ryanair have now responded to claims made by passengers, insisting they “fully comply with Government guidelines”.

Daily Express readers have slammed the tourists, who were left “angry and in tears” at East Midlands Airport. They have been accused of being “selfish” to even want to holiday abroad during a global pandemic.

Ryanair has issued a statement today, in which it says all passengers are reminded to check Government travel guidelines before arriving at airports.

It said: “Ryanair fully complies with Government restrictions. A number of passengers on this flight from East Midlands to Malaga on Saturday, 22 May were denied boarding as they failed to meet the entry requirements for Spain in line with Spanish Govt regulation.

“Any passenger scheduled to travel anywhere on the Ryanair network receives an email prior to departure, advising them to check the travel advice with the relevant authorities in advance of their flight.”

Writing on Facebook, one Daily Express reader posted: ” Maybe they should have observed the rules and restrictions in place. Zero sympathy.”

Another says: “Selfish people bringing back variants for a bit of sun.”

A third comment reads: “Everyone was told not to go to Spain unless you were a resident. So why did they try and go.” 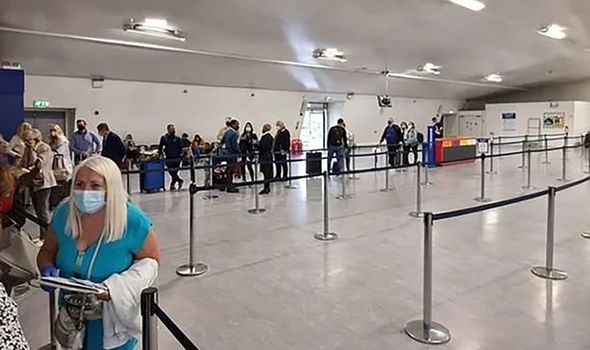 One man shared: “You would think people travelling abroad would check what is required before even buying a ticket.”

Another reader wrote: “Rule of thumb, check before you book.”

But speaking on Saturday, after he was refused entry to the flight, one passenger feared he wouldn’t get a refund for the £350 he had spent.

He said: “It was a truly shameful situation that caused great distress and large financial losses to some people.

“How we can have a validated form from the Spanish Travel Health government site allowing our entry and then be told this isn’t sufficient? This was distressing for many people.” 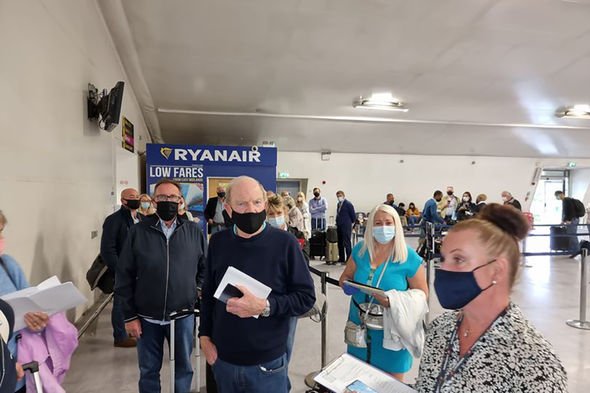 Nevertheless, some 100,000 Brits are expected to travel to Spain this week alone, since it changed its rules. While Spain remains on the UK amber list, officials there have encouraged Brits to travel – without the need for a vaccine or evidence of a negative COVID-19 test result.

They will, however, have to quarantine for ten days back in the UK afterwards.

It is understood door-to-door police checks will be in force this summer to ensure those that should be quaranting after visiting an amber country are remaining inside.

Reacting to these reports on his LBC show this week, Nick Ferrari said: “Do you think the British people want to be in a situation where, I’m going to call them the travel Stasi, could knock on your door and levy a fine of £10,000.

Further announcements around travel are expected from the Government next month.