Victims include a children’s hospice that has been refused refunds worth £9,000 after volunteers were unable to fly to a summer camp for terminally ill children. Other travellers have contacted the Daily Express to say they have been waiting more than four months for their money. Estimates suggest as much as £7billion is owed to British travellers. The law states that if a flight or package holiday is cancelled by a travel firm, then the customer is due a full refund. With most cancelled flights, you’re due a full refund within seven days.

Ryanair is among the firms criticised, with reports stating it owed £890million and has so far only processed around £445million in refunds and vouchers.

Travel expert Clare Campbell said: “We have been hearing from many frustrated and angry consumers who are still waiting for the cash refunds they are entitled to from the airlines.

“Consumers are being fobbed off with offers of vouchers or simply ignored. Airlines need to stop making excuses, throw more resources at the backlog and generally step up their processes.

“If they don’t, they should be prepared for consumers to lose faith in airlines altogether, which could be catastrophic for the industry.” And Ali Shah, chief executive of online travel agent TravelUp, said: “Many airlines have put in place deliberately complex new refund systems.

“Some have refused to issue refunds at all and are only offering credit notes.

“It is well documented that some airlines have no intention of refunding within 12 months. It has been a constant battle to get refunds back.” 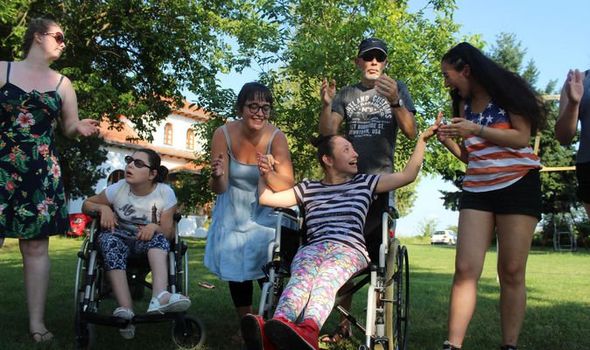 His company is lobbying the Civil Aviation Authority (CAA) for a review into airlines’ refund policies.

It also wants a “trust model”, where customers’ money is held in a safe account, meaning refunds can be issued quickly.

Rory Boland, Editor of Which? Travel, said: “It’s simply unacceptable that so many people have still not had their money returned.

“Passengers have been facing financial and emotional turmoil for months now from airlines that have shown complete disregard for their customers and the law.

“The Government must give the CAA the power to fine airlines that have been breaking the law.”

However, solicitors’ company Bott and Co warned that the CAA and Alternative Dispute Resolution (ADR) “can only do so much”. 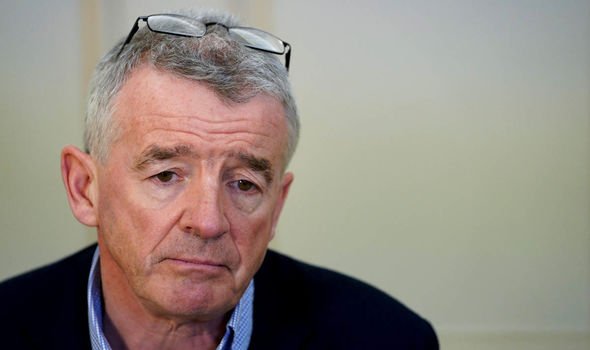 Lawyer Coby Benson said: “In the case of the CAA, it often refers people back to their provider with advice to hand.”

He added: “We do have immense sympathy for these companies given the current circumstances but keeping hold of people’s money is unjust and unlawful.”

Richard Stephenson, director of the UK’s CAA, said: “We continue to work closely with airlines in order to improve consumer refund timescales. We do not expect airlines to systematically deny consumers their right to a refund.

“We have gained commitments from airlines to improve their performance and the time taken to provide refunds, without requiring enforcement action.”

Meanwhile, Virgin Atlantic announced it will be cutting a further 1,159 jobs as it completes a £1.2billion rescue deal.

Just four months ago the carrier axed 3,150 roles and ended its operations at Gatwick Airport.

Chief executive Shai Weiss said yesterday: “After the sacrifices so many of our people have made, further reducing the number of people we employ is heartbreaking but essential for survival.

“I truly hope that, as demand returns, we will see many members of our team returning to us.” Union Balpa said: “Every single job lost is a tragedy.”

Mr Weiss also revealed that the bailout process has now ended following approval from a Us courts in the UK and the US. The deal involves private funds only, including £200million from Richard Branson’s Virgin Group.

Elsewhere Ryanair was reducing its flight schedule for September and October as it blamed a resurgence of virus cases in some parts of Europe for a slowdown in bookings. The airline, headed by Michael O’Leary, has been contacted for comment.

Transport Secretary Grant Shapps has told critics that coronavirus testing at airports was not a “silver bullet solution” to end quarantine requirements for arrivals from high-risk countries.

He said tests on landing were “unlikely to find the vast majority of people who have travelled with coronavirus and are asymptomatic”.

He added: “I hear the calls from the airports – it’s not that we’re ignoring the great work they’re doing on trialling tests.

“But I’ve spoken to my opposite number, for example my French opposite number, they did put testing in airports but of course realised it isn’t actually the silver bullet solution to this. What you’ve got to be able to do is test further down the line with a period of quarantine as well.” 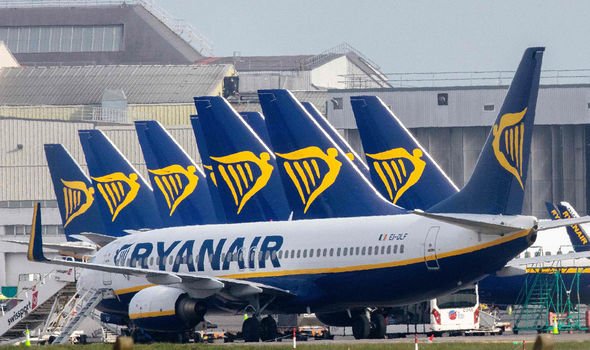 Ryanair has been accused of money-grabbing after refusing refunds to a children’s hospice.

Graham Perolls, founder of Hospices of Hope, said his charity lost £9,000 on flights to Romania.

Twenty-six volunteers had to postpone their trips to take terminally ill children on summer camps.

It is the first year Hospices of Hope has booked with Ryanair after flying with British Airways for the previous 12 years. Mr Perolls said: “It is disgraceful they are not willing to show an ounce of goodwill to a charity which is caring for terminally ill children or children who have lost loved ones.”

The airline insisted hospice volunteers must pay to change the date of their flight – despite many other airlines allowing customers to exchange their tickets for a voucher for use later.