The Mayor issued the plea today, asking for the Government to provide further financial support for London’s vital travel service. Without that support, Mr Khan claimed the economy in the capital could soon be at risk. In a statement today, he said: “Unless TfL receives appropriate settlement funding from the Government, London’s entire economy is at risk.

“We need a safe and reliable transport network that enables social distancing.

“Otherwise we’re facing a devastating impact at a crucial time.”

However, many were quick to accuse the Mayor of bankrupting the capital since he took over in 2016.

One person said: “You’ve bankrupted London and in particular TfL and it’s the government you feel that has to bail you out?

How is Boris Johnson handling the coronavirus pandemic? – Vote in our poll 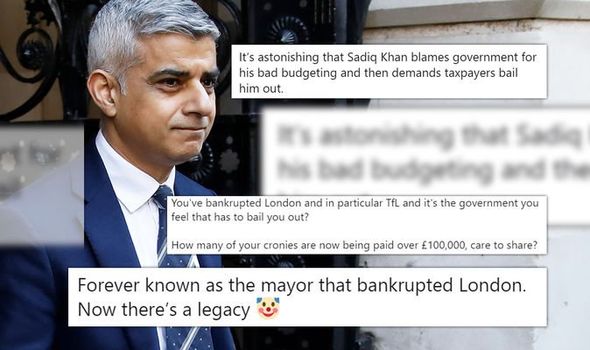 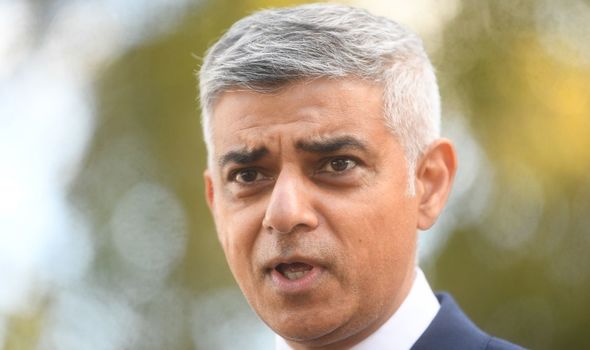 Another said: “Forever known as the mayor that bankrupted London.

A third person said: “It’s astonishing that Sadiq Khan blames the government for his bad budgeting and then demands taxpayers bail him out.” 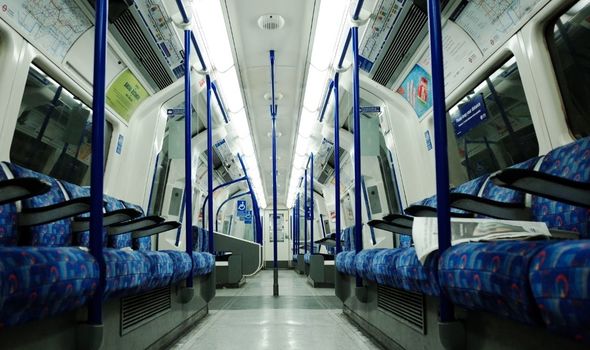 Overall, the Mayor has called for a £5billion financial injection from the Government to cover the money lost from the lack of passengers.

Due to the coronavirus pandemic, passenger numbers have dropped severely on the service.

According to TfL statistics, passenger numbers between June and July this year dropped to 22.2 million journeys. 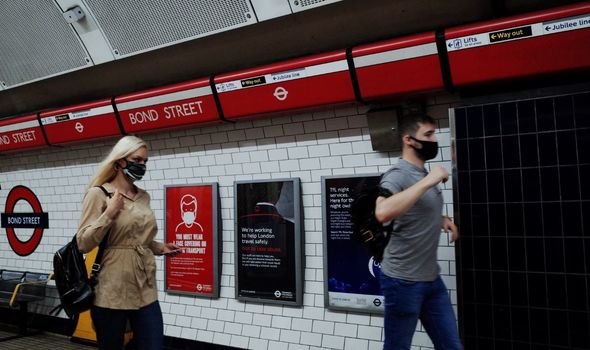 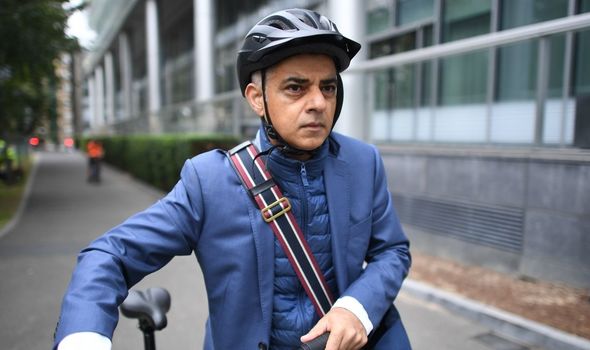 TfL was given a £1.6billion bailout package in May in order to soften the blow from the coronavirus pandemic.

That package is due to expire in October but TfL is looking for an additional £2billion for the second-half next year.

TfL is also looking for a further £2.9billion the year after to help the organisation continue with vital upgrades needed on some lines.

Without this money, TfL claimed it would not be able to guarantee certain social distancing measures.

The organisation also needs further money to complete projects such as the Elizabeth line.

A new financial plan was agreed with Government on the new line in 2018 after it was delayed in August of that year.

Commenting on the need for more money, a spokesperson for the Department for Transport, claimed it is continuing to engage with TfL. 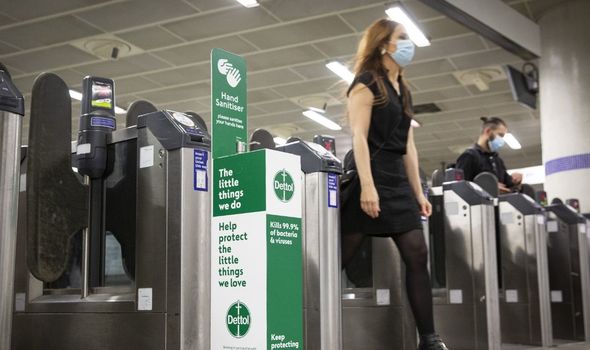 They added: “The government is engaging with TfL and the mayor on the impacts of Covid-19 on TfL’s finances.

“These discussions are ongoing and will ensure London has a safe, reliable network while delivering a fair deal to taxpayers.

“We would rather avoid negotiating through the media, so it would not be appropriate to disclose further details at this stage.”