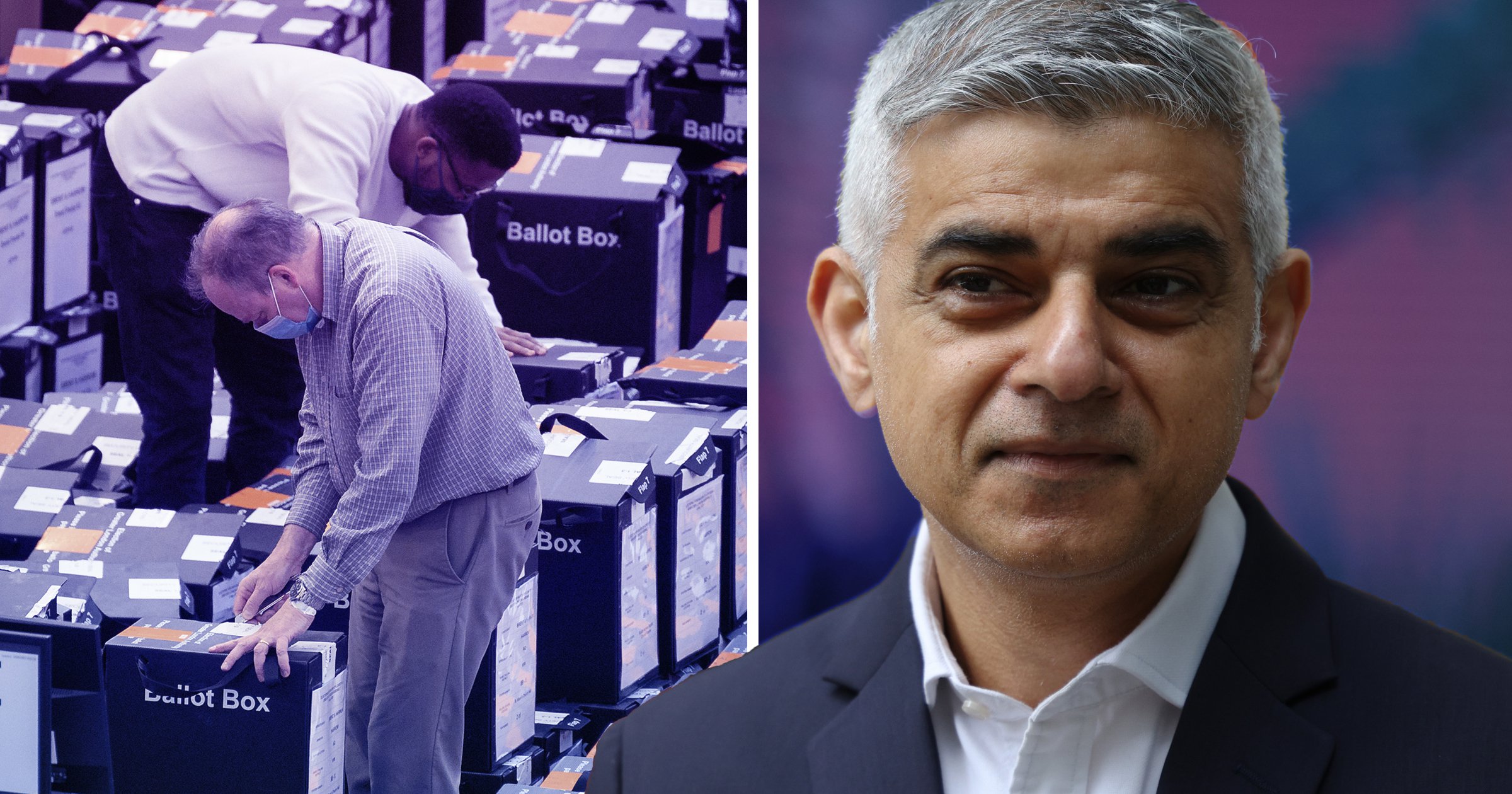 Sadiq Khan has won a second term as Mayor of London after surging ahead of Tory rival Shaun Bailey.

The Labour incumbent won by 55.2% to Bailey’s 44.8% in a result which had been widely predicted, although his winning margin was smaller than his victory five years ago.

He tweeted: ‘Thank you London. It’s the absolute honour of my life to serve the city I love for another three years. I’ll leave no stone unturned to get our city back on its feet. A brighter future is possible, and we’ll deliver it together.’

In his post-election speech, he also said he wanted to ‘build the bridges that bring us together, rather than the walls that keep us apart’.

He said: ‘I am deeply humbled by the trust Londoners have placed in me to continue leading the greatest city on earth.

‘I promise to strain every sinew to help build a better and brighter future for London after the dark days of the pandemic.’

The race has been much closer than people thought, considering some in Bailey’s own party had written him off, while a Labour source said turnout and voter complacency could be a problem.

But Mr Khan was virtually guaranteed a second term after holding Barnet and Camden, a marginal seat which had to swing decisively to Mr Bailey to give the  Conservative any hope of a comeback.

Khan’s re-election campaign has focused on jobs, with an emphasis on promoting tourism and investment to help the 300,000 Londoners who lost work during the pandemic.

Bailey had pledged to increase police patrols and stop-and-search, drawing attention to his Labour opponent’s record on knife crime.

Khan’s victory will come as welcome news to Labour following humiliating losses elsewhere across the country.

As well as the shock defeat in the Hartlepoolby-election, Labour had a net loss of six councils and more than 200 seats in the local elections, losing control of the likes of Harrow, Essex, and Plymouth local authorities in the process.

The party also failed to topple Tory mayoral incumbents in the Tees Valley and the West Midlands, although did produce a surprise victory in the West of England mayoral contest and comfortable wins in Greater Manchester and the Liverpool City Region.

Despite some success stories, it was plunged into chaos on Saturday night as sources revealed Deputy leader Angela Rayner had been sacked as party chair and coordinator.

The shock move sparked a major row at the top of the party, with critics accusing Keir Starmer of using his second in command as a scape goat for his election misfortunes.