Should further savings be demanded by the Home Office, Mr Khan claimed there could soon be as few as 26,800 officers working in the Metropolitan Police – the fewest since 2002.

The London mayor is due to meet Home Secretary Sajid Javid on Tuesday to discuss police funding for 2019-20, but as it stands the Met is required to make a further £335 million worth of savings by 2022, the mayor’s office said. 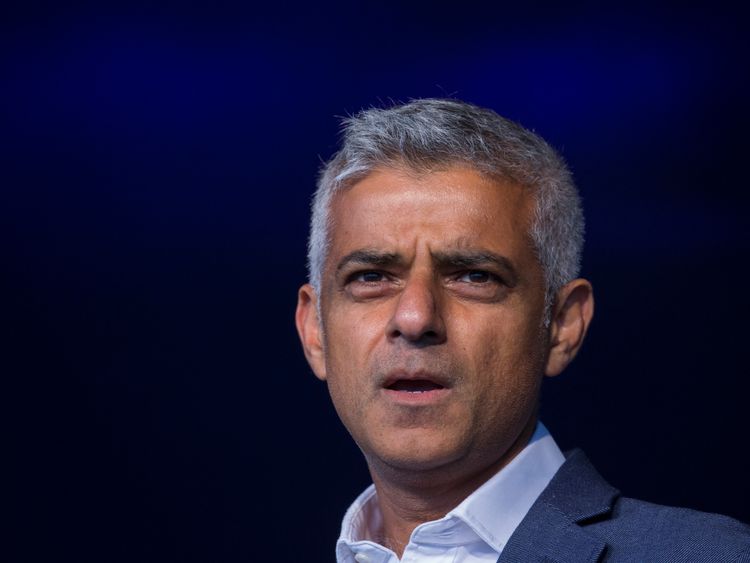 Mr Khan said that was £10m more than previous forecasts suggested, even though the latest calculations took into account plans to increase the policing element of council tax in the capital by 5.1% – or £12 per household.

That would raise an extra £49m, which is enough to employ 800 officers, although it falls well short of the £104m bill – equivalent to more than 1,700 officers – to be commanded by a 2020 increase to the annual pension bill at Scotland Yard.

Mr Khan said if the Met was made to cut its budget further, it would make it far more difficult to combat a sharp rise in violent crime recorded in London this year.

“The causes of violent crime are extremely complex, but there is no doubt it has been made far worse by huge government cuts to the police and youth services,” he said.

“Even the home secretary has finally admitted that the Met won’t be able to tackle violent crime without more funding from the government. Now we urgently need to see action to avoid officer numbers falling even further.

“Government cuts have led to London losing 3,000 police officers and more than 3,000 PCSOs and 5,000 police staff and I’m genuinely concerned about how we keep Londoners safe with officer numbers as low as 26,800.

“Ministers need to reverse the £1 billion savings forced on the Met and reverse their cuts on youth services and other preventative services so that we can keep our city safe.”

Sky News reported last week that police forces across England and Wales could see a £600m funding boost from April 2019, with the home secretary having cut a deal with Chancellor Philip Hammond and James Brokenshire, the communities secretary, to double the amount that local authorities can add to council tax bills for policing.

Mr Khan dismissed the figure as insufficient to cope with the upsurge in violence on the streets, which is believed to have resulted in well in excess of 100 murders in London so far this year.