Analysis by Express.co.uk suggests knife-related deaths have only fallen slightly so far this year when compared to 2022, and other figures suggest violent knife crime remains high. Experts and locals affected by these violent occurrences say the police are not there to prevent such crimes, only to solve them afterwards – despite claims of increased patrols in the worst-hit areas.

Last summer saw London’s worst period on record for violence, with knife-related attacks consisting of a large proportion of the horrific acts carried out in the capital. According to Metropolitan Police figures, there were 134 murders last year, 85 of which involved a knife (around 63 percent).

In the first three months of this year, ONS data shows that there were 19 murders, 14 of which were with a knife. The same period in 2021 saw 22 blade-related deaths – a reduction of about a third for the quarter year-on-year.

Last July alone there were 16 homicides. As of July 24 this year, there had been nine murders, four of which involved a blade. Express analysis suggests that the murder rate for July has only dropped by around a quarter.

Charlie Hedges, a former police officer and National Crime Agency chief, stressed the need for preventative measures to bring down the rate of knife crime, commenting: “If you have knives, they get used – if you don’t have knives, you can’t have the opportunity [for stabbings].” 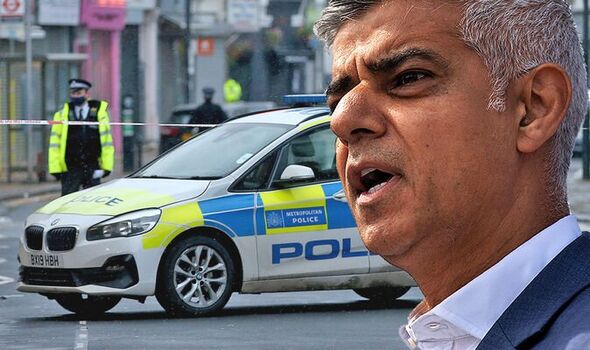 Often crime rates can be brought down with deterrents – merely the threat of being caught. Mr Hedges referenced traffic cameras as an example of making people keep to speed limits. But where crime is unlikely to be punished – for instance, in cases of shoplifting – the nature of the behaviour changes accordingly.

The ex-copper explained: “If you’re going to do something wrong, you have your own personal risk index of how risky you want your behaviour to be. But there will be some sort of assessment of your chance of being caught.

“And if you think, ‘I haven’t seen a police officer in the last two weeks’, then if I walk down the street today, doing something wrong, the chances of me being caught are pretty low.

“There’s a lot of talk about the low detection and prosecution rates, it all leads through to people becoming more confident they’re not going to be found out – and therefore, they’ll get away with whatever they want to do.”

While each and every one of these deaths is tragic, it only reveals a fraction of the overall issue.

ONS data shows that in the first three months of the year, assaults involving an injury or an intent to harm actually increased to 120 percent of what they were at the same time last year (965 to 806). Attempted murders went down marginally from 13 to 11.

These figures suggest that the additional £140million Mr Khan has invested in the Met has had a limited impact on the tide of violence washing over the capital.

While a large proportion of these incidents could reasonably be blamed on gang-related violence, more incidents appear to not be fitting the pattern.

On July 6, 57-year-old Khurram Butt was stabbed to death while on a busy street. Khalid Khan, 49, reportedly later turned himself in to the police. 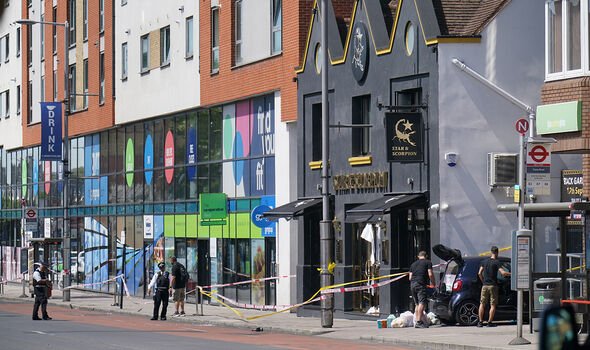 And last Sunday, a 58-year-old man was stabbed in the Star and Scorpion pub in Ealing, being pronounced dead at the scene. Timothy Simon, also 58, was later charged with murder.

One deterrent that has often been cited is ‘stop and search,’ a working group on which Mr Hedges was a part of alongside Baroness Doreen Lawrence and Sir Craig Mackey. But it is an area that has “always been really difficult”, Mr Hedges said, toeing a fine line between law enforcement and racial profiling.

Another issue that has been raised is confidence in the police, which following the murder of Sarah Everard went below those who had no respect for their authority for the first time, according to a recent poll. Mr Hedges lamented such revelations as “shocking” acts that “just seem inconceivable that a police officer should do”, but the magnifying glass placed over officers meant they shy away from policing that might lead to “unpleasant” inquiries.

When he was in the force, “there was a respect, almost out of fear for the police – either fear because they knew they’re going to get caught, or fear of the authority. And that doesn’t just apply to the police. There is a different attitude to authority now than there was 30 years ago.” 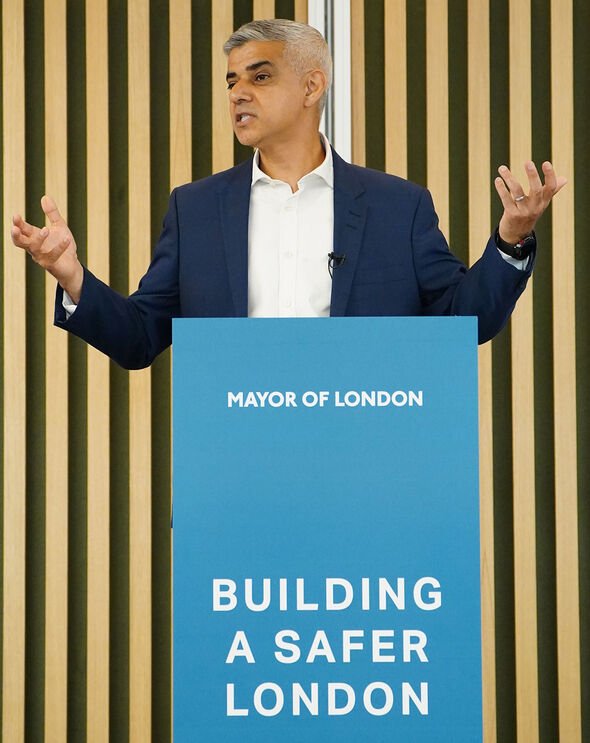 The one change local business owners affected by knife crime are crying out for is a more visible police force, who could provide a tangible deterrent to everyday crimes.

Mr Hedges opined: “There was a time when, you know, the local Bobby worked his area, lived on the area, knew everybody and could sort things out in an appropriate way, whether that was through the lawful process, or whether it was going to have a word with someone or speaking to the child’s parents.

“Because they knew what was going on, and people would talk to them, and they have a lot of useful local information. That level of relationship with the local area seems to be diminished of late and you don’t see as many police officers out and about as you used to.”

When asked to comment, a spokesperson for the Mayor of London said: “Tackling violence is the Mayor’s top priority and Sadiq continues to lead from the front in London by being tough on crime and tough on its complex causes. 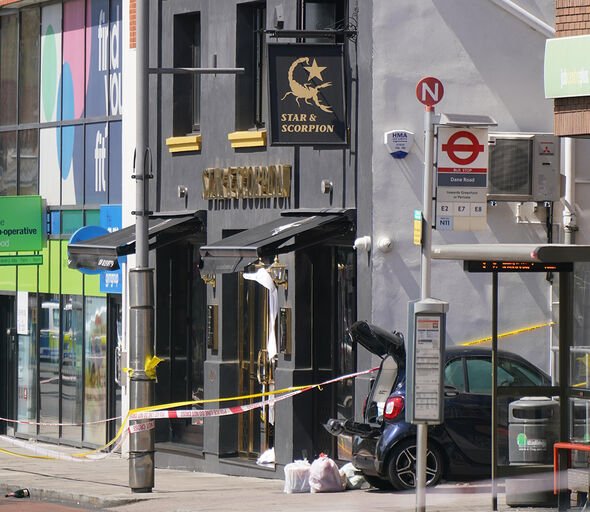 “The Mayor has put 1,300 more officers on our streets to help suppress violence in local areas and has helped to elevate police officer numbers to their highest levels in history. He has placed communities at the centre of his approach to dealing with crime – by increasing the number of neighbourhood officers across our town centres and streets and a £9 million investment to support community solutions to reduce violence.

“Thanks to the hard work of the police and the prevention and early intervention work led by the Mayor’s Violence Reduction Unit, knife crime, gun crime and teenage murders have all significantly reduced in London.

“But the level of violence remains too high and the Mayor is determined to continue supporting the police in keeping our city safe. That’s why he is investing record amounts in supporting young Londoners at critical stages in their lives. The Government urgently needs to follow this lead and commit to long-term investment in our police as well as providing positive opportunities for all young people.”

A Met Police spokesperson said: “Officers see first-hand how knife crime destroys the lives of victims and their families. This is exactly what motivates officers to remain dedicated to stopping violent crimes from happening in the first place.

“Although we are seeing less young people being killed on our streets, we are not complacent. The number of young people being stabbed is also down, however in recent months, there has been an increase in robbery – which is a driver of knife crime – and we are committed to doing all we can to tackle it.

“Over the summer months, officers will be helping all Londoners enjoy summer safely. They will be in known hotspot locations where violence and robberies take place, using innovative tactics and high visibility patrols to keep communities safe. There will also be a focus on prevention and diversion, to help young people turn away from a life of crime, and stop violence from happening in the first place.”