Sajid Javid is unveiling a radical blueprint for protecting communities from crime, in a high profile move being widely seen as paving the way for a Tory leadership bid.

In a major policy speech, he is calling for a dual approach that limits opportunities to commit crime, coupled with early intervention to prevent young people being drawn into it.

As well as tackling issues like knife crime, the home secretary’s speech is being seen as a move to step up his campaign to succeed Theresa May as prime minister.

The dual approach he is proposing is made up of:

:: Urging companies to develop new hi-tech ways of stopping their goods being stolen or to ensure they can be tracked

:: Intervening early to transform the lives of young people at risk of being drawn into criminality

In what is billed as his first major speech on crime, he will say: “Just as we can design products to prevent crime, we can also design policy to shape the lives of young people to prevent criminality.

“Changing the lives of young people will not be an easy task. Crime has a way of drawing in those who feel worthless.

“But when you belong to something greater than yourself, when you have something to lose, it’s not as easy to throw your life away.

“No future should be predetermined by where you’re born, or how you’re brought up. We cannot afford to leave anyone behind.”

Mr Javid’s crime blueprint follows a speech on social justice he made last week to 50 Tory MPs in a Commons dining room about his background and personal experience of relying on public services.

The bus driver’s son described public services as his own “ladder” out of poverty. He told MPs one teacher told him he should be a TV repairman but another encouraged him to go to university.

That speech, in which he said the Tories needed to “show love” to public sector workers to win a majority at the next election, was described by those present as a passionate performance.

But according to the latest bookmaker’s odds, from Ladbrokes, Mr Javid is trailing badly in the race to succeed Theresa May as Conservative Party leader. 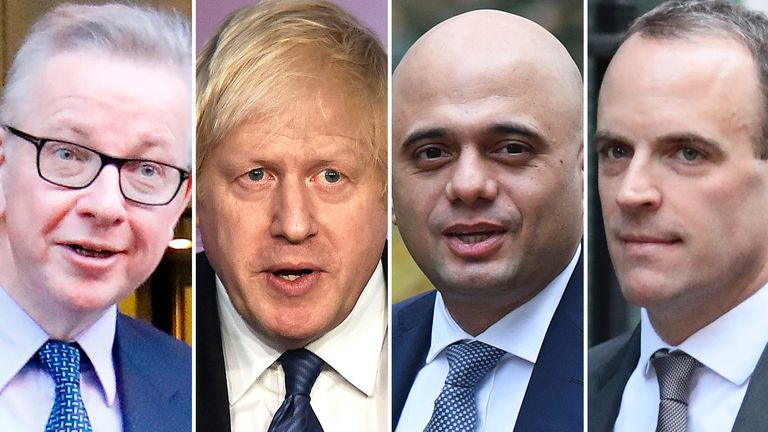 In his crime speech, Mr Javid will say serious violence should be treated like the outbreak of a “virulent disease” and declare that the “mindset of government needs to shift” to combat it.

Responding to public concern about rising knife crime, the government has already announced a £100m cash injection for police to tackle it and relaxed rules on the use of enhanced stop and search powers in badly-hit areas.

Speaking ahead of Mr Javid’s speech, Barnardo’s chief executive Javed Khan said: “Serious youth violence has now become a crisis – there’s no other way of talking about it.

“To tackle this growing scourge, we must address the ‘poverty of hope’ felt by too many children and young people across the country, who see little or no chance of a positive future.

“Caught in a vicious cycle, they carry knives because they don’t feel safe.”