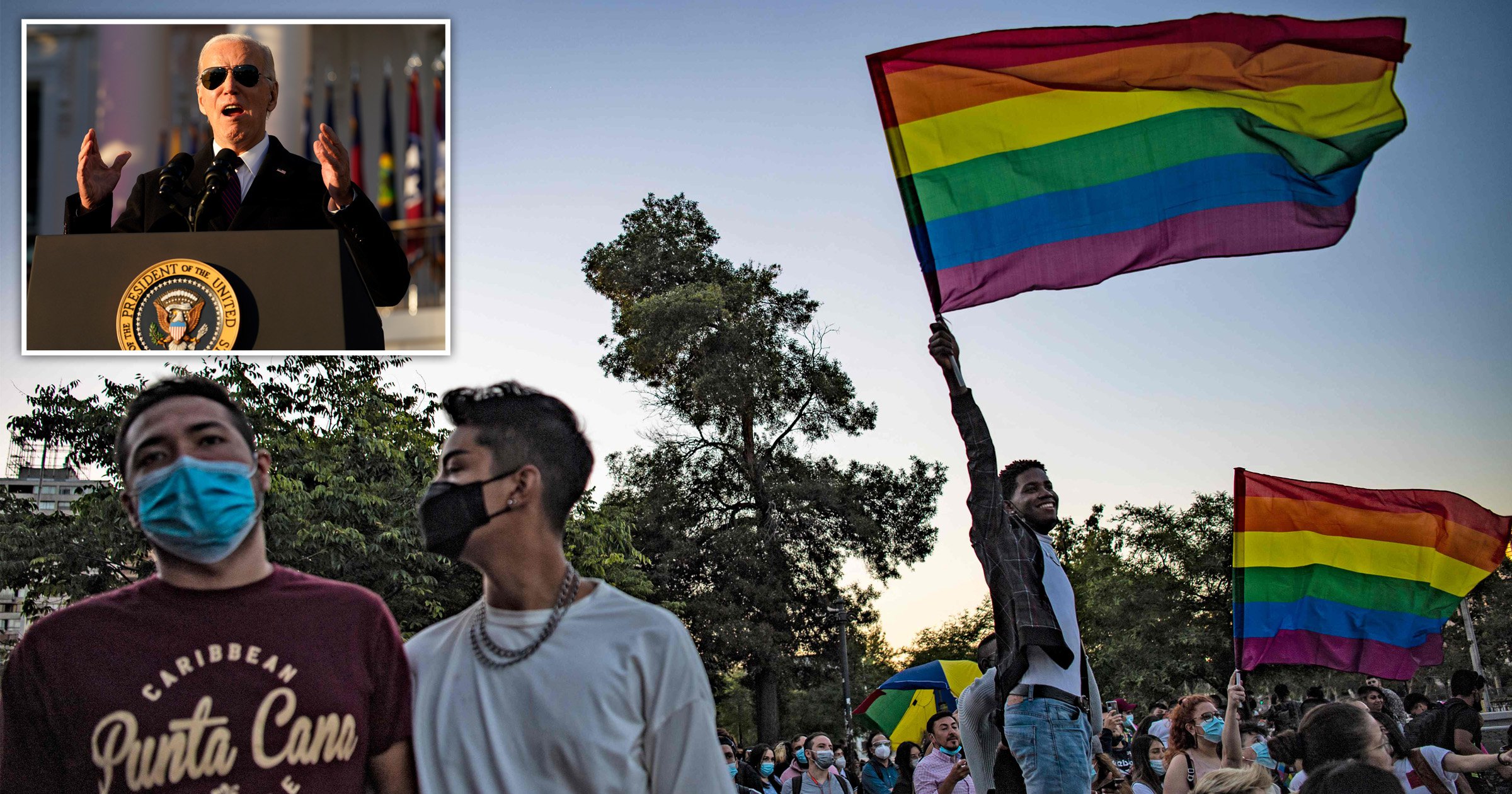 Federal protections and recognition for same-sex marriages has been signed into law in the US.

President Joe Biden signed the Respect for Marriage Act on Tuesday afternoon, a victory for same-sex rights couples and supporters after a decades-long fight.

‘Today is a good day. A day America takes a vital step toward equality, toward liberty, justice – not just for some, but for everyone,’ said Biden during the signing ceremony on the South Lawn of the White House.

‘Toward creating a nation where decency, dignity and love are recognized, honored and protected.’

The legislation undoes the Defense of Marriage Act, which defined marriage as being between a man and a woman a quarter of a century ago in 1996. The new law does not force states to grant marriage licenses to same-sex couples. However, it prohibits states from deeming properly performed out-of-state marriages invalid based on sex, race or ethnicity.

Biden signed the bill after it passed the House last week and the Senate last month with bipartisan support. Thirty-nine Republican House members and 12 GOP senators joined all Democrats and independents in both chambers in voting in favor of the legislation.

‘My fellow Americans, the road to this moment has been long, but those who believe in equality and justice, you never gave up,’ Biden said.

‘We got it done. We’re going to continue the work ahead. I promise you.’

‘This shouldn’t be about conservative or liberal, red or blue. No, this is about realizing the promise of the Declaration of Independence, a promise rooted in sacred and secular beliefs, a promise that we’re all created equal.’