The 33-year-old had vanished as she walked home in Clapham, south London, on March 3. Her body was found a week later in woodland near Ashford, Kent. A major police investigation was launched and the marketing executive’s body was discovered inside a large builder’s bag.

Serving Metropolitan Police protection officer Wayne Couzens, 48, was arrested on suspicion of Miss Everard’s murder and is awaiting trial at the Old Bailey.

An earlier postmortem to establish the cause of death on March 17 had proved “inconclusive”, Scotland Yard said. Miss Everard’s body was subsequently released to her family so that they could go ahead with her funeral.

Yesterday, the results of the second postmortem held at the William Harvey Hospital in Ashford were confirmed.

Her family have been told of the cause of death and are being supported by specialist officers, the Met Police said. Miss Everard, originally from York, went missing while walking home to Brixton after visiting her friend in south London. 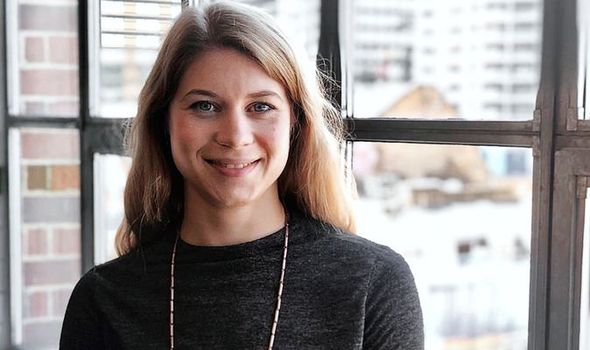 Human remains were discovered a week later next at a defunct leisure and golf complex around 55 miles away, in Kent. Dental records confirmed the body was Miss Everard. Couzens has served with the Met since 2018 and was attached to an armed unit responsible for guarding the London parliamentary estate and embassies.

The officer, who is married with two children, was arrested at his home in Kent on March 9.

The killing sparked mass protests about women’s safety and campaigners called for harsh penalties for violence against women.

The Daily Express has backed the Our Streets Now campaign and charity Plan UK’s call for public sexual harassment to be made a specific criminal offence.

In the aftermath of Ms Everard’s death, Downing Street said it would improve security measures.