The suspected kidnap and murder of Sarah Everard has sent shockwaves throughout the country and fuelled demands for change in tackling violence against women.

A vigil to mourn the 33-year-old on Clapham Common close to where she was last seen was marred by clashes and condemnation of the police response, with images of women being restrained on the ground and handcuffed.

With demands for Metropolitan Police Commissioner Cressida Dick to quit, Home Secretary Priti Patel is seeking a full report on events, having described the footage as “upsetting”. 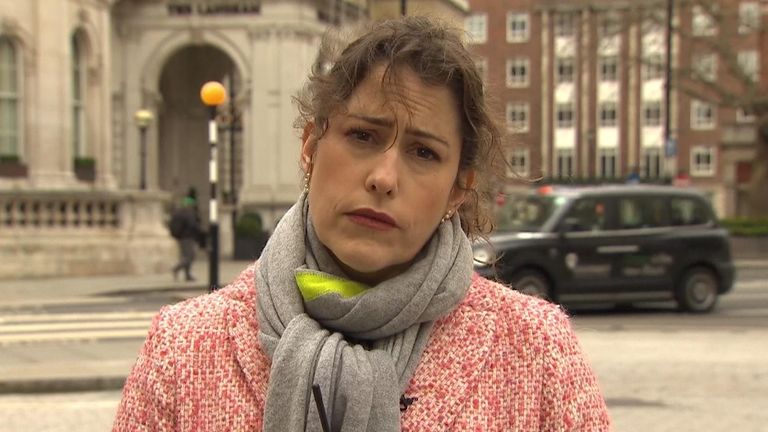 She said: “Through the day we saw many people come to that particular part of Clapham Common, to pay their respects, to lay a flower around the bandstand and of course the majority of them had a peaceful experience.

“Now the scenes that we have seen later on in the day and the evening are very upsetting.

“The police are operationally independent. It’s right they explain their actions to the home secretary.

“This is not what anyone wanted.” 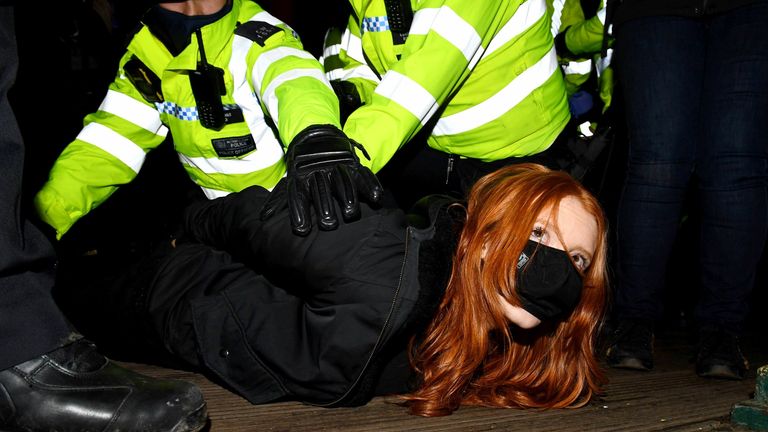 Ms Atkins added: “We really are at a turning point when it comes to the way in which we as a country are dealing with crimes that disproportionately affect women and girls.

“I think this week is a really significant moment. I think the experiences of women that have been expressed have been absolutely shocking.” 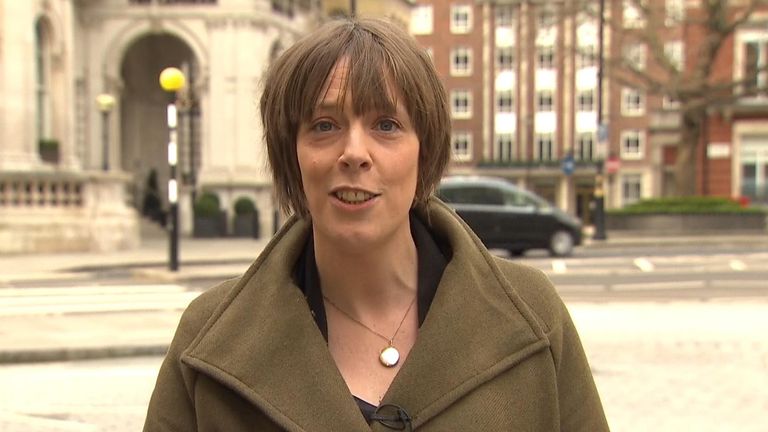 “There were so many missed opportunities throughout the day for police to work with organisers to create a completely safe vigil so that people could go and have a moment of sorrow and a moment of resistance against what is the experience of pretty much all women in the United Kingdom and around the world.

“They missed the opportunity at every turn until what we saw was a 5 ft 2in woman being pinned down with two men on her back.”

“The reality is if Cressida Dick stays or goes doesn’t make women in this country more safe, and that’s what I want to talk about. 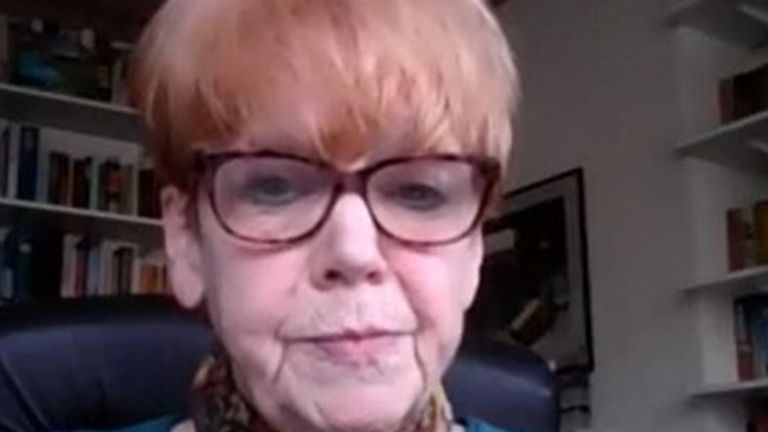 She said: “There was no real prospect of intervening in it successfully. This ‘quasi military’ thing of circling around the bandstand, where everybody has just paid good money out of their wages to put a bunch of flowers down and express their view and large plod feet on it to push people away, seems to me to be a dreadful piece of misjudgement.

“Are they really improving the chances of COVID not spreading by putting their knees in the middle of the back of young women, and putting their hands in handcuffs? It didn’t seem to me to be the right thing to do.”

She added: “So far as women are concerned, the streets are lawless.

“Men can do and say what they wish to women with no sense of a deterrent through fear of the criminal justice system and no sense for these women that they will be protected… if they make a complaint.

“There needs to be some significant government leadership, and there needs to be a significant drive to change the culture, to acknowledge that we are in real danger of losing confidence in the criminal justice system from half of the population of this country.” 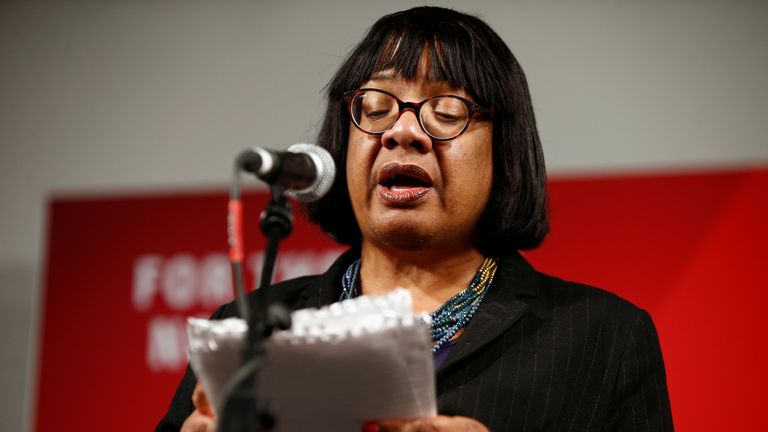 Speaking about harassment of women in the street, she said: “I think in some ways it’s got worse because I think what you have got is the online world, which feeds hostility and violence against women.

“I was struck about how much I had always taken it for granted – the potential for violence by men on the street was just something you had to guard against by crossing the road.”

When asked if Cressida Dick needs to go, she said she hopes that if she does go, she is replaced by someone “better”, with a less heavy handed approach.

She also makes the point it was Scotland Yard and the commissioner that put a halt to the vigil, and that local officers wanted it to go ahead. 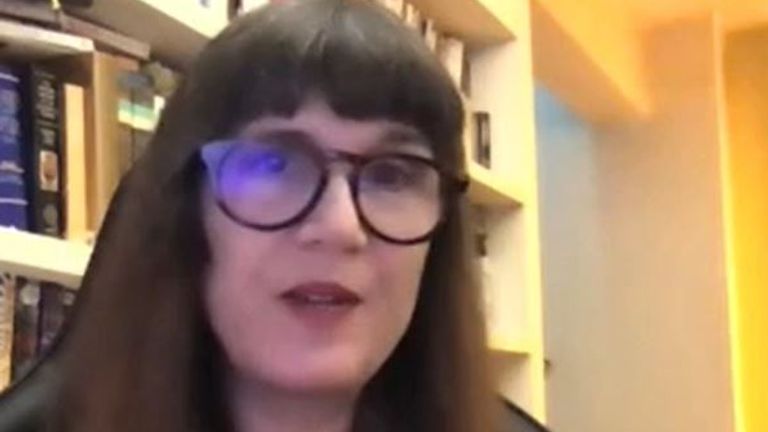 “And I’m really quite worried that, rather like the way the Me Too movement sort of unleashed all of these testimonies but then kind of drew back from the kind of systemic change we needed, that we’re at exactly a kind of moment where the same thing could happen.”

She added: “It should be identified as a national threat, violence against women.”

Joan Smith, chairwoman of the mayor of London’s Violence Against Women and Girls Board 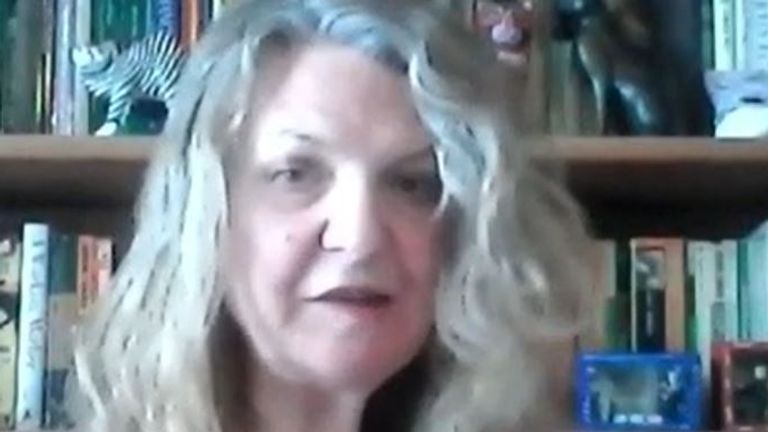 “There’s always these moment where it feels things are going to change, but what we have actually got is a broken justice system and that reflects the misogyny of the culture that we inhabit.

“For years now we have had so many rape reviews I could probably paper the walls of my house with their findings – it doesn’t change anything.

“The conviction rate keeps going down. And that’s because of suspicion and disbelief towards women.”