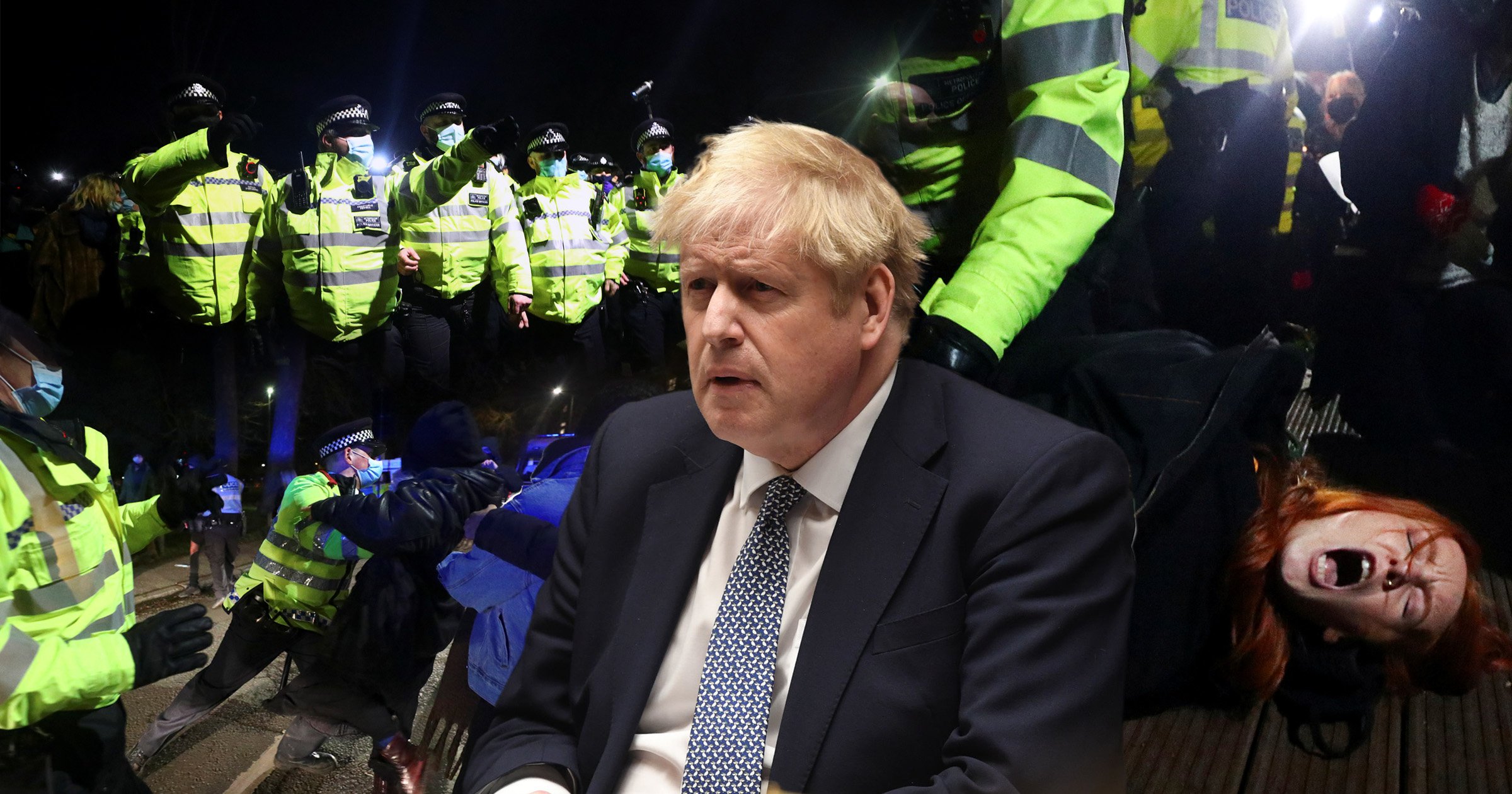 Organisers behind Sarah Everard’s vigil have blasted Boris Johnson for the ‘absolute disrespect’ in partying at Number 10.

The prime minister has finally owned up to being one of 40 people at the garden gathering in May 2020, although insists he thought he was at a work event.

Anna Birley, co-founder of Reclaim These Streets, has slammed his actions as ‘deeply offensive’ after police used force to break up the vigil the group planned during the pandemic.

The Number 10 boozy bash ‘to make the best of the lovely weather’ and the protest to honour Sarah’s memory did not take place in the same month – not even in the same year.

But they both happened at a time when Covid-19 legislation banned large gatherings.

Murderer PC Wayne Couzens lured marketing executive Sarah, 33, into his car under the pretence that she had breached these same rules.

Ms Birley, also a Labour councillor for Lambeth, told Metro.co.uk: ‘Respect for the rules and fear of consequences is what made Sarah Everard get into that car with her killer.

‘Contrasting that with the absolute disrespect shown by Boris and colleagues who partied the year previous in the Downing Street garden is deeply offensive.

A review into policing at the vigil later found that police ‘did not act inappropriately’.

Reclaim These Streets is preparing to head to court next week for a test case challenge against the police force’s handling of the vigil, with a decision expected in February.